A Myanmar court on Monday sentenced two local Reuters journalists to seven years in prison each for illegally obtaining classified documents relating to conflict-ridden Rakhine State, which hundreds of thousands of persecuted Rohingya Muslims have fled since August last year.

Wa Lone, 32, and Kyaw Soe Oo, 28, both Myanmar nationals employed by the news agency, were arrested last December while they were gathering information on the killings of 10 Rohingya men in the western Myanmar state three months earlier. 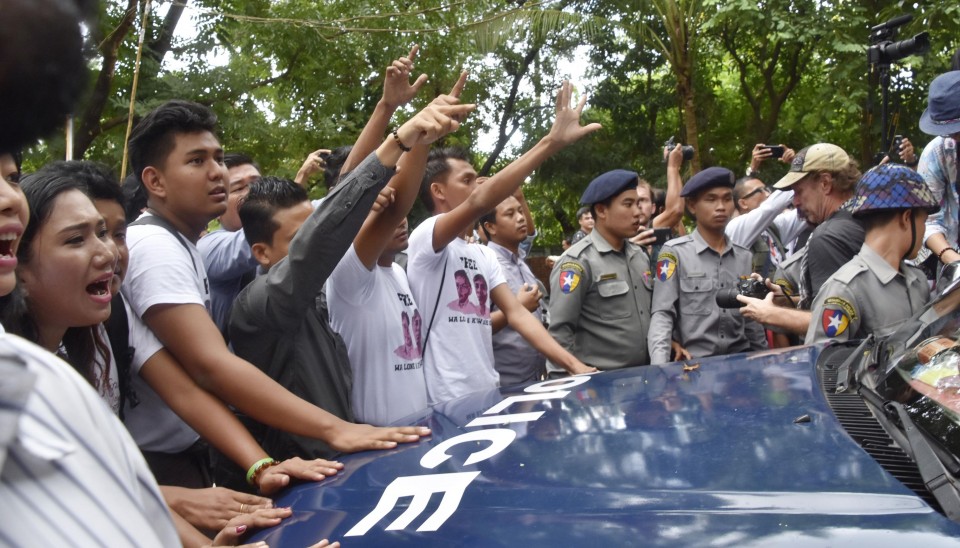 Judge Ye Lwin of the Yangon Northern District Court said the defendants were found guilty of "obtaining and collecting" records of official secrets related to security arrangements "that would be of use to the enemy in harming the state directly or indirectly."

While that meant a violation of the colonial-era Official Secrets Act, which provides for up to 14 years in prison as punishment, the judge said the defendants deserved seven years in prison as they had no previous criminal records.

The verdict drew quick condemnation from Reuters, the international community and human rights groups that have criticized the arrests of the reporters as an assault on freedom of the press and had been calling for their acquittal and release.

"Today is a sad day for Myanmar, Reuters journalists Wa Lone and Kyaw Soe Oo, and the press everywhere," Reuters Editor-in-Chief Stephen Adler said in a statement. "This is a major step backward in Myanmar's transition to democracy...and must be corrected by the Myanmar government as a matter of urgency." 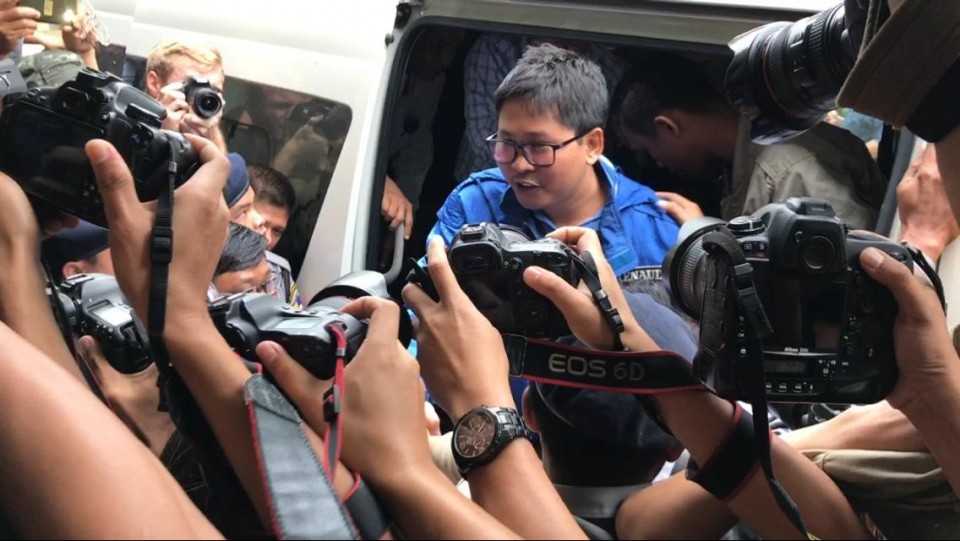 A spokesperson for EU foreign policy chief Federica Mogherini, in a statement, said the reporters' imprisonment serves to intimidate other journalists, calling for a review of their sentences and their immediate release.

Speaking to reporters before being taken away by the police, Wa Lone, one of the journalists found guilty, said he stands by his claim of innocence and is ready to face whatever lies ahead.

"I have no fear at all. We didn't do anything wrong. We will face (the ruling). I believe in justice and democracy," he said.

The reporters' arrest occurred right after meeting a police officer who had served in Rakhine during what human rights groups have described as a military-led ethnic cleansing campaign against Rohingya residents of the area.

The court later charged both journalists under the Official Secrets Act, which was stipulated in 1923 when Myanmar was under British colonial rule. The pair has been detained at Yangon's notorious Insein Prison.

In the trial, both men pleaded not guilty to the charge, arguing that they were targeted for exposing extrajudicial killings of Rohingya by the military in Rakhine.

Reuters' Adler said the news agency will "evaluate how to proceed in the coming days, including whether to seek relief in an international forum."

According to the U.N. refugee agency UNHCR, more than 720,000 Rohingya have fled Rakhine to neighboring Bangladesh since the latest round of violence erupted in August last year.

They fled to escape a harsh crackdown launched by the Myanmar government in reprisal for attacks by Rohingya militants against security posts.

The U.S. Embassy in Yangon said in a statement after Monday's court decision that "clear flaws in this case raise serious concerns about rule of law and judicial independence in Myanmar."

Calling it a major setback to Myanmar's stated goal of expanding democratic freedoms, the statement urged the government to release the pair immediately and end an arbitrary prosecution of journalists.

The Foreign Correspondent's Club of Myanmar issued a statement saying it is "gravely dismayed" and "condemns in the strongest possible terms."

"We further urge the government to ensure that journalists are allowed to carry out their profession without fear of harassment and intimidation," the group added.