Twenty-year-old Ritsu Doan and 21-year-old Tatsuya Ito were among the 23 players named Thursday by the Japan Football Association in the national squad for the upcoming international friendlies against Chile and Costa Rica.

The two matches will be Japan's first following their round-of-16 exit from the World Cup in Russia last month, and the first time new head coach Hajime Moriyasu takes charge of the senior men's squad since he replaced Akira Nishino at the end of July.

In addition to Doan (Groningen) and Ito (Hamburg SV), 19-year-old defender Takehiro Tomiyasu of Sint-Truiden and Sanfrecce Hiroshima defender Sho Sasaki, who is 28, are first-time selections. 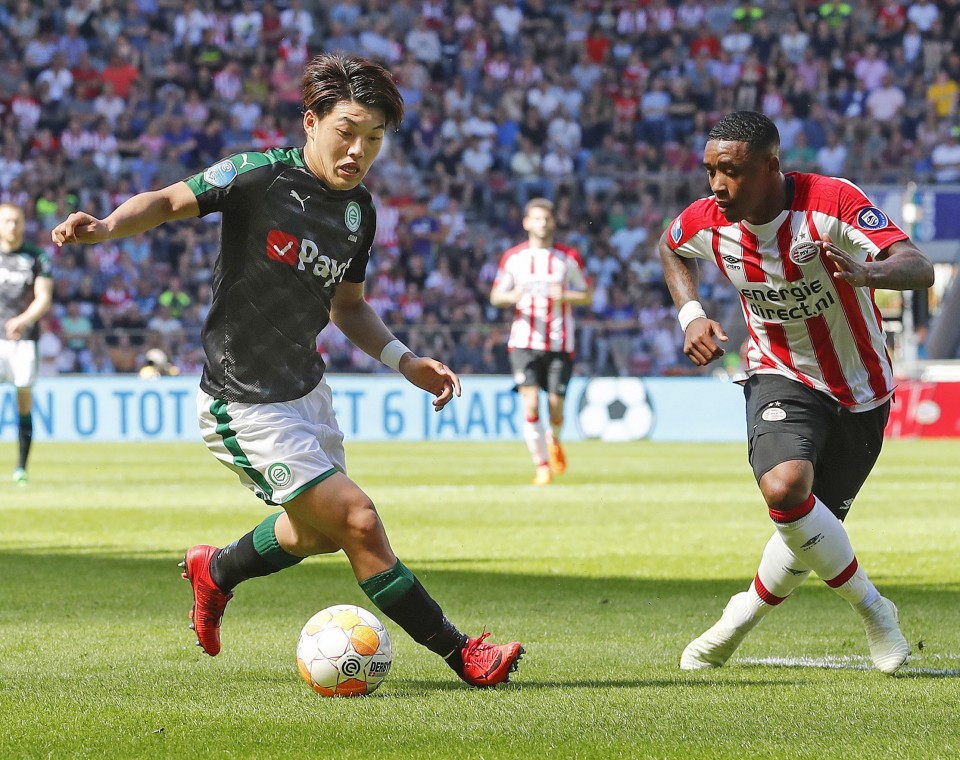 (Ritsu Doan, left, plays in Groningen-PSV Eindhoven match in the Dutch 1st division on May 6)

Only six of the 23 were in the World Cup squad, including Hotaru Yamaguchi (Cerezo Osaka) and Tomoaki Makino (Urawa Reds).

Japan play Chile at the Sapporo Dome on Sept. 7 and Costa Rica at the Panasonic Stadium in Suita, Osaka Prefecture, four days later.