The statue of a child clad in a protective suit set up near a train station in northeastern Japan's Fukushima Prefecture has sparked criticism that it gives the impression that residents need such gear after the 2011 nuclear crisis.

The 6.2-meter statue called Sun Child was made by contemporary artist Kenji Yanobe to express his wish for a world free from nuclear disasters. The statue indicates the surrounding air is "clean" as the child is holding its helmet in its hand and a radiation counter on its chest reads "000."

Yanobe apologized on his website Friday for "discomforting" some people with his artwork, which was created in the wake of the Fukushima Daiichi power plant meltdown and installed on Aug. 3 near JR Fukushima Station in the city of Fukushima. 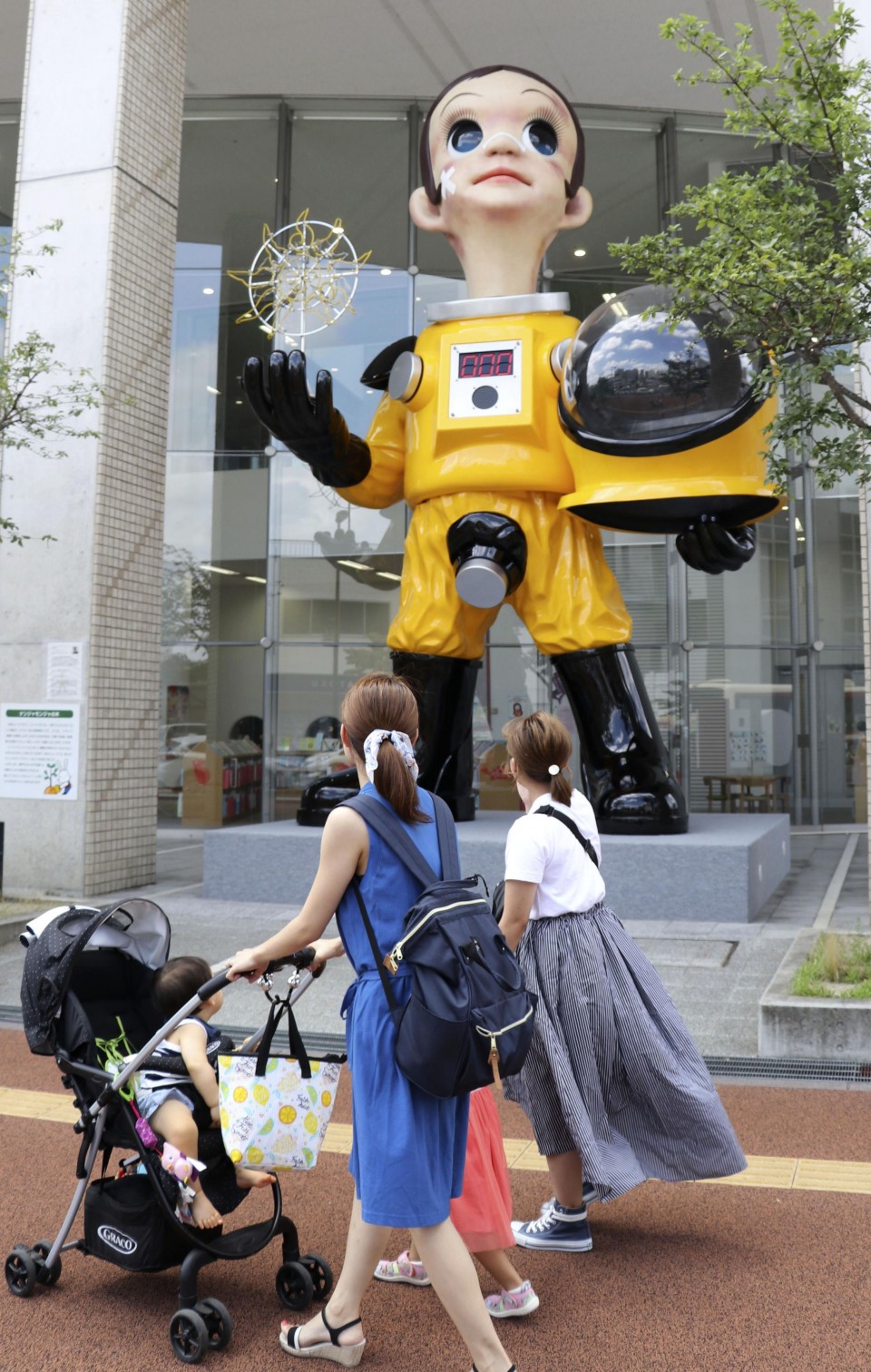 "I wanted to make a work that encourages people (in Fukushima)...and made the statue of a child standing up bravely and strongly against any difficulties it faces," he said. "The clothing looks like protective gear, but it is also armor to confront major issues and, being like a space suit, it also carries a futuristic image."

But he admitted that his earlier explanation of the artwork -- such as calling the clothing "protective gear" and the device on the statue's chest a "Geiger counter" -- may have led to misunderstanding.

Critical views were posted on Twitter and the city of Fukushima received calls demanding the statue's removal. "The statue will encourage reputational damage because it gives an impression that people in Fukushima cannot live without protective gear," one person said.

Others argued the statue was "unscientific" because it indicates that it would only be safe for someone wearing protective gear to take off a helmet when the radiation level falls to zero. Usually the radiation level is not zero even in areas not affected by nuclear accidents due to natural radiation.

Yanobe said in a statement, "I should have paid more attention to the fact that accurate knowledge about radiation is needed much more now than before the disaster."

Yanobe said he wants to discuss with the city about what to do with the statue.