Suzuki, Mazda and Yamaha Motor acknowledged certain conditions such as speeds were not appropriate when measuring the emissions or fuel efficiency of some vehicles, and the tests were not repeated as stipulated by the Road Transport Vehicle Act, the ministry said. 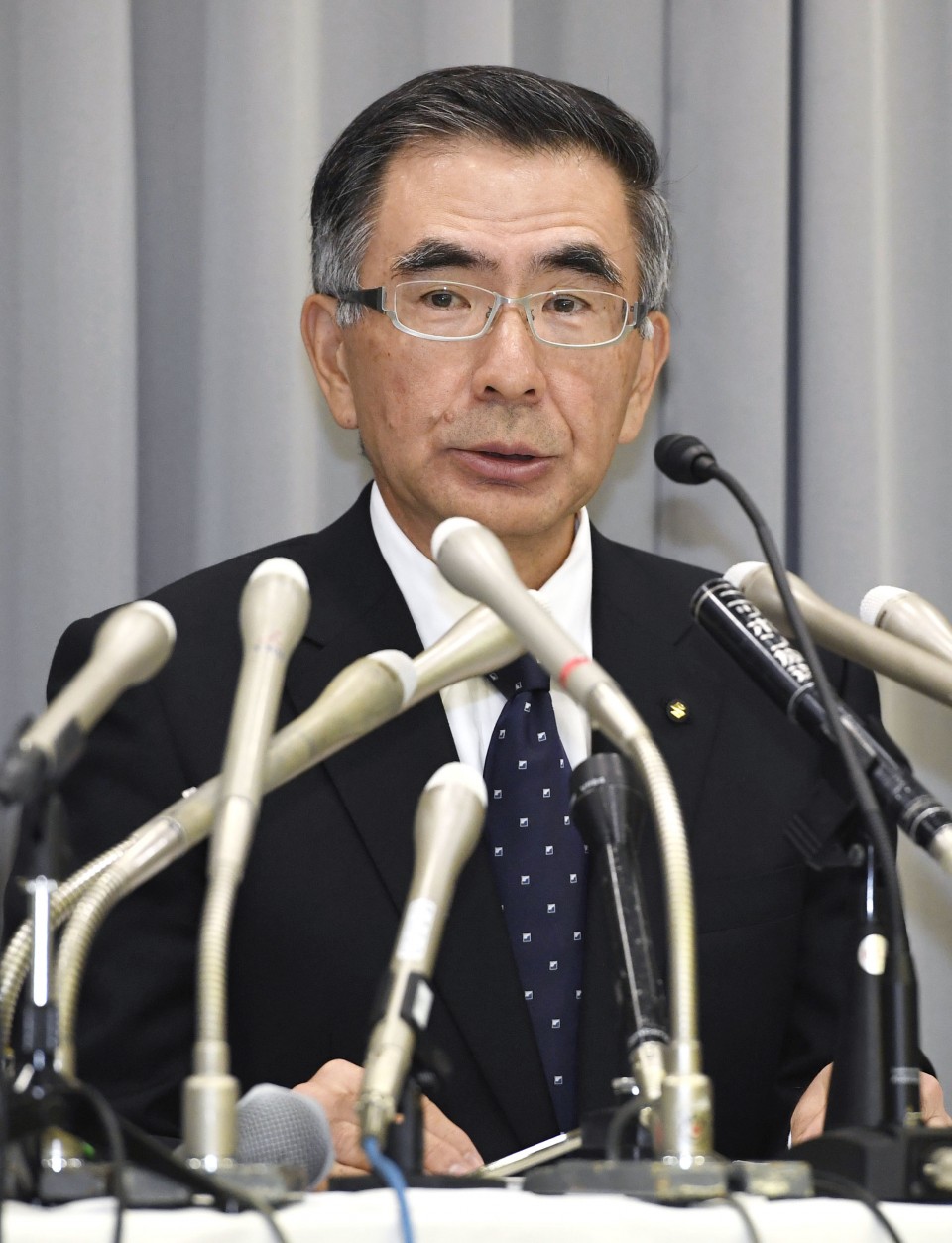 The three companies denied falsifying data as Nissan or Subaru had done, but apologized in separate press conferences for failing to meet government regulations for the process to ensure product quality. They also said they will not recall any of the vehicles as the improper testing did not affect the fuel economy or emissions standards of the vehicles.

"There were no data alterations but it's a big problem that we have dealt with such a large number of vehicles wrongfully. I take it very seriously," Suzuki President Toshihiro Suzuki said at a press conference in Tokyo, adding he will spearhead the compilation of preventive measures.

For Suzuki Motor, data on almost half of the nearly 13,000 vehicles manufactured between June 2012 and last month at three plants in Shizuoka Prefecture in central Japan were improper. It is another setback for the minicar maker, which admitted in 2016 to using fuel-economy testing methods that did not conform to Japanese regulations.

The company president said insufficient training of staff and the absence of onsite supervision by senior workers led to the lax inspection. 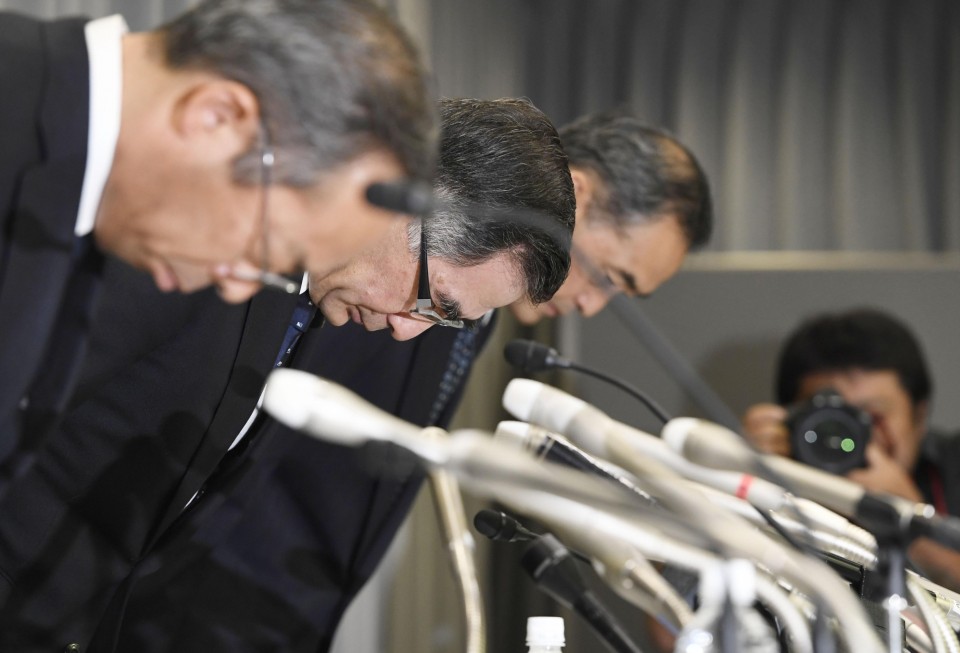 (Toshihiro Suzuki, 2nd from left, bows in apology with other executives)

Yamaha Motor Executive Vice President Katsuaki Watanabe said the motorcycle manufacturer's management and the inspection staff were unaware that levels of deviation from the speed requirements in its fuel efficiency tests required retests. "We had no notion that we were doing something wrong," Watanabe said at a press conference.

Mazda Senior Managing Executive Officer Kiyotaka Shobuda attributed the improper inspections to human errors. "We relied too much on our inspectors. We will implement a new computer system whereby any deviation from speed requirements will be automatically detected to invalidate the data," he said.

The transport ministry made the results public based on reports by 20 vehicle makers collected as of Wednesday.

"It is extremely regrettable. The ministry will strictly instruct the (manufacturers) to make sure thorough preventive measures are taken," transport minister Keiichi Ishii said in a released statement.

Of 1,875 Mazda cars subject to sampling inspection, improper inspections were found in nearly 4 percent since November 2014. For Yamaha Motor, around 2 percent of 335 vehicles chosen for sampling inspection did not go through appropriate testing since January 2016, according to the ministry.

Suzuki, Mazda and Yamaha said they will take preventive steps, such as changing inspection devices so that staff cannot rewrite data. The ministry said it will instruct vehicle makers to save records of inspections and implement measures to detect or prevent data falsifications.

Kobe Steel Ltd. and Mitsubishi Materials Corp. are also among companies that have been involved in quality-data falsifications.