The land and internal affairs ministries said Friday they may have padded their employment rates of people with disabilities, following the launch of a government investigation into the matter.

The revelation is likely to spark criticism of the government given that it has called on the private sector to hire more people with disabilities.

With nearly 10 ministries suspected of inflating their figures, the government is currently conducting an investigation into such padding practices for the past 40 years.

Ministries and agencies are believed to have misrepresented the rates by including in their headcounts personnel with relatively mild disabilities who do not carry disability certificates.

Officials at the land and internal affairs ministries told Kyodo News that people without "disability certificates" may have been added to the calculations. 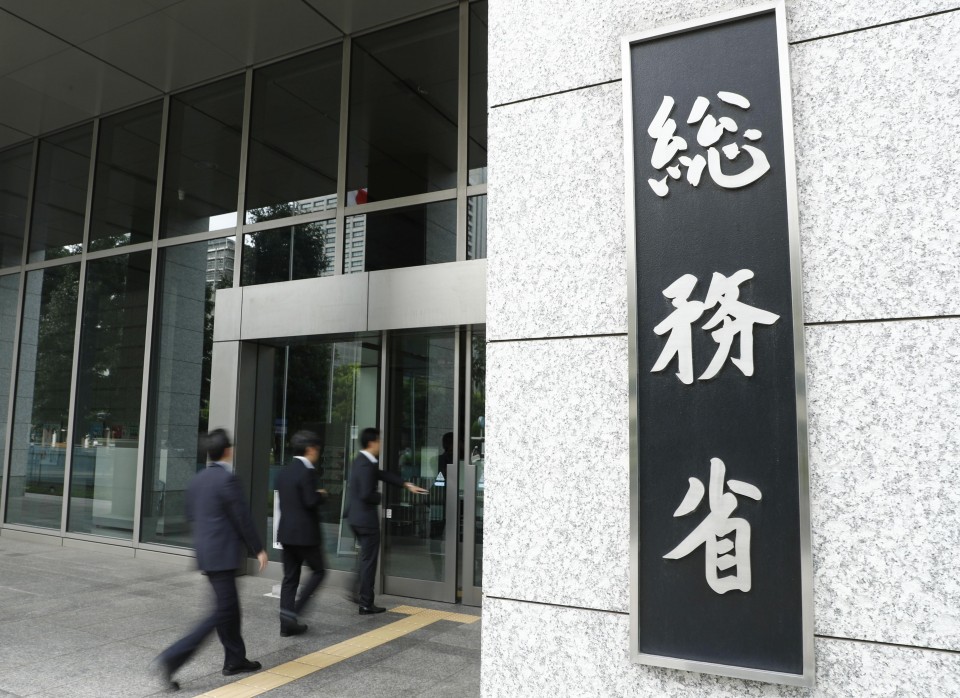 (Ministry of Internal Affairs and Communications)

The Ministry of Land, Infrastructure, Transport and Tourism said it is checking the exact number of personnel with disabilities. It said it will notify the labor ministry as soon as possible. The labor ministry oversees the employment system for the disabled.

The Ministry of Internal Affairs and Communications is also looking into its past practices but an official said it may be difficult to confirm all the cases as some people may not have reported their status when they were hired.

The labor, environment and industry ministries told Kyodo News that they are also currently checking. The agricultural ministry said its figures may have been inflated by mistake, while the National Police Agency said it found no misrepresentation after checking its data reported on June 1 last year.

The labor ministry requires government agencies and private companies to report employment rates of the disabled as of June 1 every year.

In June, the labor ministry began investigating ministries and agencies over the alleged routine practice dating back to 1976 after receiving several inquiries since April about how to calculate the employment rates of disabled people, according to government sources.

A law promoting the employment of people with disabilities requires central and local governments and businesses to hire, in principle, people with physical or mental disability certificates, as well as those with intellectual disabilities.

The suspected practice of padding the employment rates at the central government may be because of hiring difficulties due to factors such as long working hours and unexpected assignments such as preparing for Diet sessions.

"It is a big problem if the government has carried out the designation of people with disabilities arbitrarily," said Katsunori Fujii, the chief of the Japan Council on Disability. "If it has covered things up for over 40 years, it means the check-and-balance system was not functioning."

To be role models for the private sector, the hiring rate for public institutions is set higher at 2.5 percent of total employees, while that of businesses is 2.2 percent.

As of June 1, 2017, about 6,900 people with disabilities were said to be employed in 33 national administrative agencies, which accounts for 2.49 percent of their total employment on average, achieving the then target rate of 2.3 percent. But the actual figure is now believed to be less than 1 percent at many institutions.

If a company with more than 100 employees fails to reach the target rate of 2.2 percent, a fine of 50,000 yen ($451) per employee per month is charged and in some cases its name is disclosed.

Akira Nagatsuma, acting head of the leading opposition Constitutional Democratic Party of Japan and also a former labor minister, called for deliberations at the Diet saying, "This is a typical example of being easy on one's fellows while being hard on the private sector. It's outrageous."