Ten-member Tower of Power will touch down in Asia toward the end of this month on the band's latest trip to the region to play its renowned blend of soul and jazz, on a series of dates in Tokyo, Nagoya and Manila.

But the Oakland, California-based group -- fairly regular visitors and perhaps best known for the horn section -- is marking several milestones this time around. 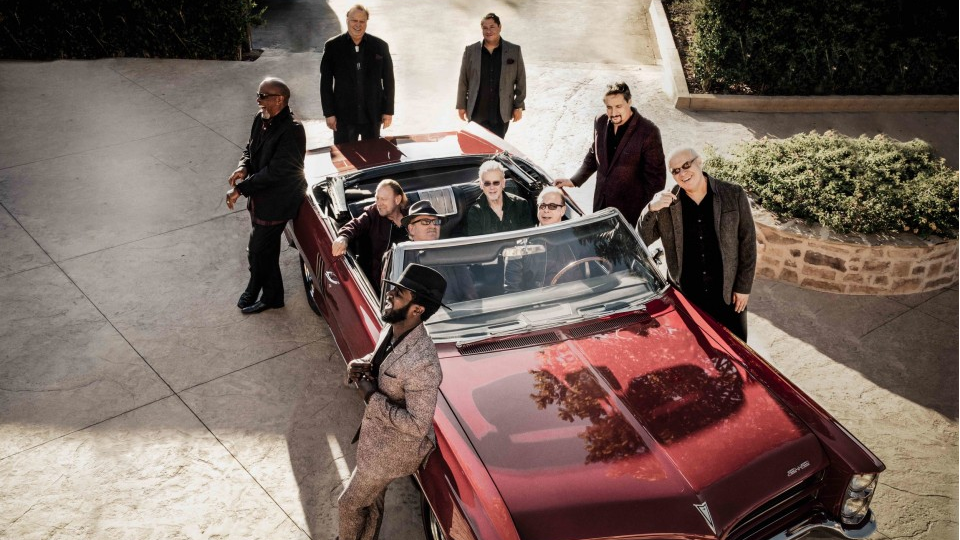 "(No. 1) just blows my mind. I'm very proud of the record. The goal was to make the best record of my career. That was essentially it," TOP co-founder and tenor saxophonist Emilio Castillo told Kyodo News by phone from Atlanta, where the band was playing a gig, on Aug. 13, which TOP considers as its "actual" anniversary date from 1968.

"I give credit to (producer) Joe Vannelli, who made all those great records for (his singer-songwriter brother) Gino Vannelli," the 67-year-old Castillo said.

"The plan was to record way more material than I needed and pick the best -- the Michael Jackson method. Well, we had this thing going for a while, but it was a big job, we were still working all the time and we couldn't always get the studio time we wanted. So Joe (who has his own studio in California) offered to help. It was one of my best decisions ever to work with Joe."

The polished 14-cut "Soul Side" melds all the key TOP elements -- horns, rhythm section, keyboard, guitar and vocals -- with a few new ones, such as a bit of 70s-vibe flute.

"The flute, now that's something I really wouldn't have done. But (Vannelli) suggested it, and we went with it. Between the two of us, it worked. I'm more soul, he's more jazz. But it worked," Castillo said, adding that he was also particularly happy with the way the backing vocals came out.

"Ray Greene had been our singer, but Carlos Santana decided he liked Ray and made him a great offer. Ray's got a family -- his wife and two daughters -- so we had to understand. But God provided us with a beautiful singer, Marcus Scott, from Memphis, Tennessee. And he's one of the best ever. He's been a perfect fit," said Castillo.

Both vocalists actually appear on the new album due to its length in getting made.

Regarding Japan, Castillo says the band considers the country among its favorite destinations because of the people and the venues.

"Really the greatest fans, just amazing. When we play, a lot of times they're just always standing, which can be unusual for a club like (Blue Note). Somebody may take a solo and then (the fans) just crouch down, and then wild applause and they're back up and at it again...the audiences are great. We're spoiled!"

"We have quite a fan club in Tokyo that we always meet, and we make time for that, they can ask us questions and we can answer directly. Always a highlight for us," he said.

"And Blue Note, well it's like a family. They're always happy we're back, and they take good care of us, it's a high-level club. And it's important for us to play those kind of clubs, as well. Obviously a good thing for our image."

Following the Aug. 29 to Sept. 5 dates at Blue Note in Tokyo and Nagoya, TOP will head to the Philippines, to play at Araneta Coliseum on Sept. 7, essentially making for another first.

"You know, we went there years ago, but we played on the bases, for the U.S. military. We never really played in the Philippines for the Philippine people," Castillo said.

"We were trying to work out a deal to play there but the promoter said we absolutely had to play a song called "Sparkling in the Sand" (from TOP's 1970 debut "East Bay Grease"). We said we don't really play that song now. But he said it's got to be part of the package, or no go. Well, we worked it out and we started playing it only about two weeks ago. And it's getting an amazing response," he said.

"We've been going there for years. And to our joy, we found out they have a Blue Note. We're really happy we'll be playing there this time," said Castillo.

But Castillo says despite the band's solid new material, it will still be offering up all the staples that brought it to this point.

"We don't really change, it's not really anything like the 'new' Tower of Power. We just stay true to ourselves, and we just try to sound like who we are. That's been our success," he said.

And for the record, the band has a definite view on where its music fits, even though some have termed it jazz, R&B or funk.

"We always call our band a soul band...soul is something that moves you physically and emotionally. So a soul band. That's what we call ourselves," Castillo said.