South Korea to unveil monument for "comfort women" next Tues.

The South Korean government will hold a ceremony next Tuesday to unveil a monument for "comfort women" who were forced to work in Japanese wartime military brothels, the country's gender equality minister said Wednesday.

Gender Equality and Family Minister Chung Hyun Back also said at an event in Seoul that the government will open a research institute later this week tasked with collecting scattered data and materials about the women. 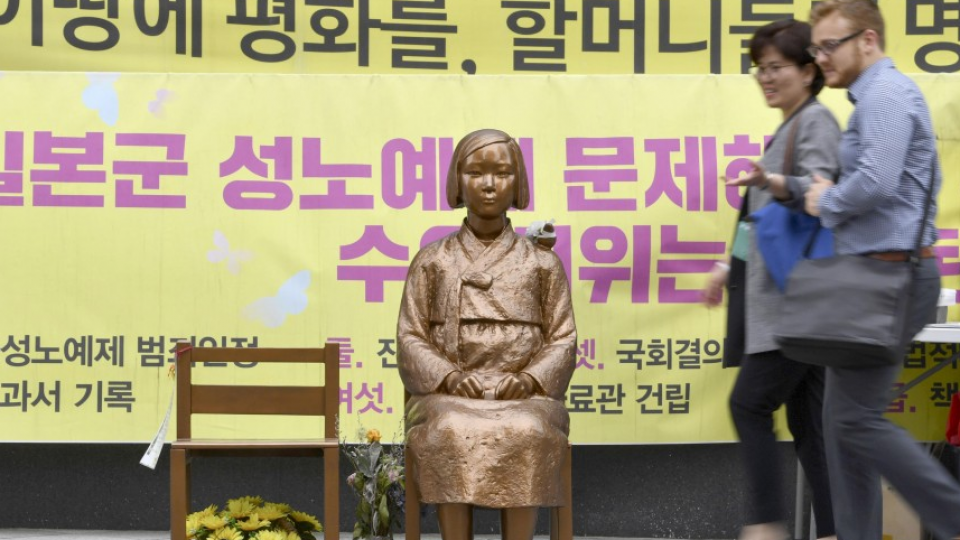 The comfort women issue has been a source of diplomatic tension between South Korea and Japan, with Tokyo particularly sensitive to the erection of statues commemorating the women near Japanese diplomatic missions in South Korea.

The South Korean government designated Aug. 14 as a day to honor Korean comfort women, as on the same day in 1991 Kim Hak Soon became the first victim to give testimony about the hardships the women faced.

The monument will be unveiled at the National Mang-Hyang Cemetery in Cheonan, central South Korea. The ceremony will be broadcast live.

The government of President Moon Jae In has taken a proactive stance on comfort women issues since it came to power in May 2017, proposing, among other things, to install the monument and open the research institute.

The Japanese government expressed concern over the envisioned monument when the South Korean government announced the plan in September last year, saying that would run counter to the spirit of a 2015 agreement under which the nations said they had "finally and irreversibly" settled the dispute.

The Korean Peninsula was under Japanese colonial rule from 1910 to 1945.