Opposition lawmaker Denny Tamaki, who was reportedly designated as a successor by the late Okinawa governor who led the anti-U.S. base movement, on Wednesday formally declared his candidacy in the gubernatorial election next month.

Tamaki, 58, a House of Representative member of the Liberal Party, is set to face off against Atsushi Sakima, 54, a former Ginowan mayor who is backed by the Liberal Democratic Party led by Prime Minister Shinzo Abe, who has been promoting the controversial relocation of a U.S. military base within the prefecture.

The gubernatorial election will be held on Sept. 30 following the death of Gov. Takeshi Onaga on Aug. 8.

"Succeeding the last wish of Onaga, I'll go through with our goal of stopping construction of the new base," Tamaki told a news conference in Naha.

He was referring to the planned relocation of U.S. Marine Corps Air Station Futenma from a crowded residential area in Ginowan to the less populated coastal district of Henoko in Nago, both in Okinawa.

Shortly before Onaga died of pancreatic cancer, he recorded a voice message designating Tamaki -- a radio personality-turned lawmaker -- and local businessman Morimasa Goya as possible candidates to succeed him as governor, according to local political sources. But the voice message has not been made public. 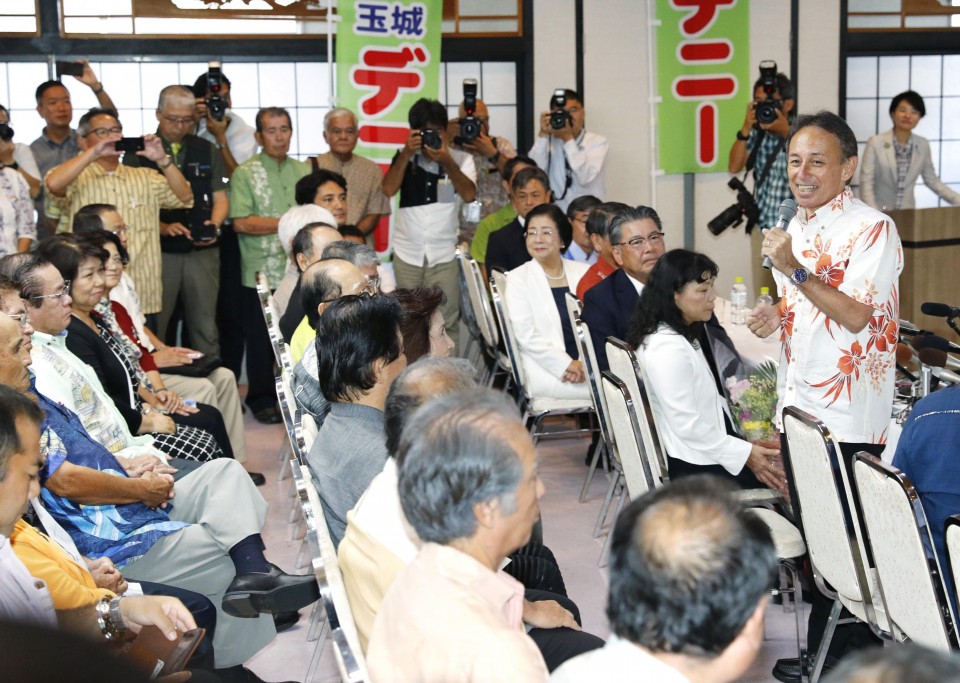 (Denny Tamaki speaks to his supporters)

Asked to run in the election by a group of local lawmakers opposed to the relocation, Tamaki had consulted with Ichiro Ozawa, who co-heads a small opposition party, before deciding to run for governor.

Tamaki, a four-term lower house member whose constituency includes the Henoko district, has enlisted support from four other opposition parties and a parliamentary group after meeting with their heads accompanied by Ozawa.

Goya, who operates a local retail and construction business group, has expressed support for Tamaki in the upcoming gubernatorial race.

Sakima has secured support from the LDP and its coalition partner the Komeito party. The opposition Japan Innovation Party is also believed to support him.

The central government believes the controversial relocation plan, agreed to by Tokyo and Washington, is the "sole solution" to remove the dangers posed by the Futenma base while maintaining the perceived deterrence of the Japan-U.S. alliance.

But many local residents of the southern island prefecture, which hosts the bulk of U.S. military facilities in Japan, hope the base will be moved outside the prefecture due to accidents and crimes involving U.S. military personnel. 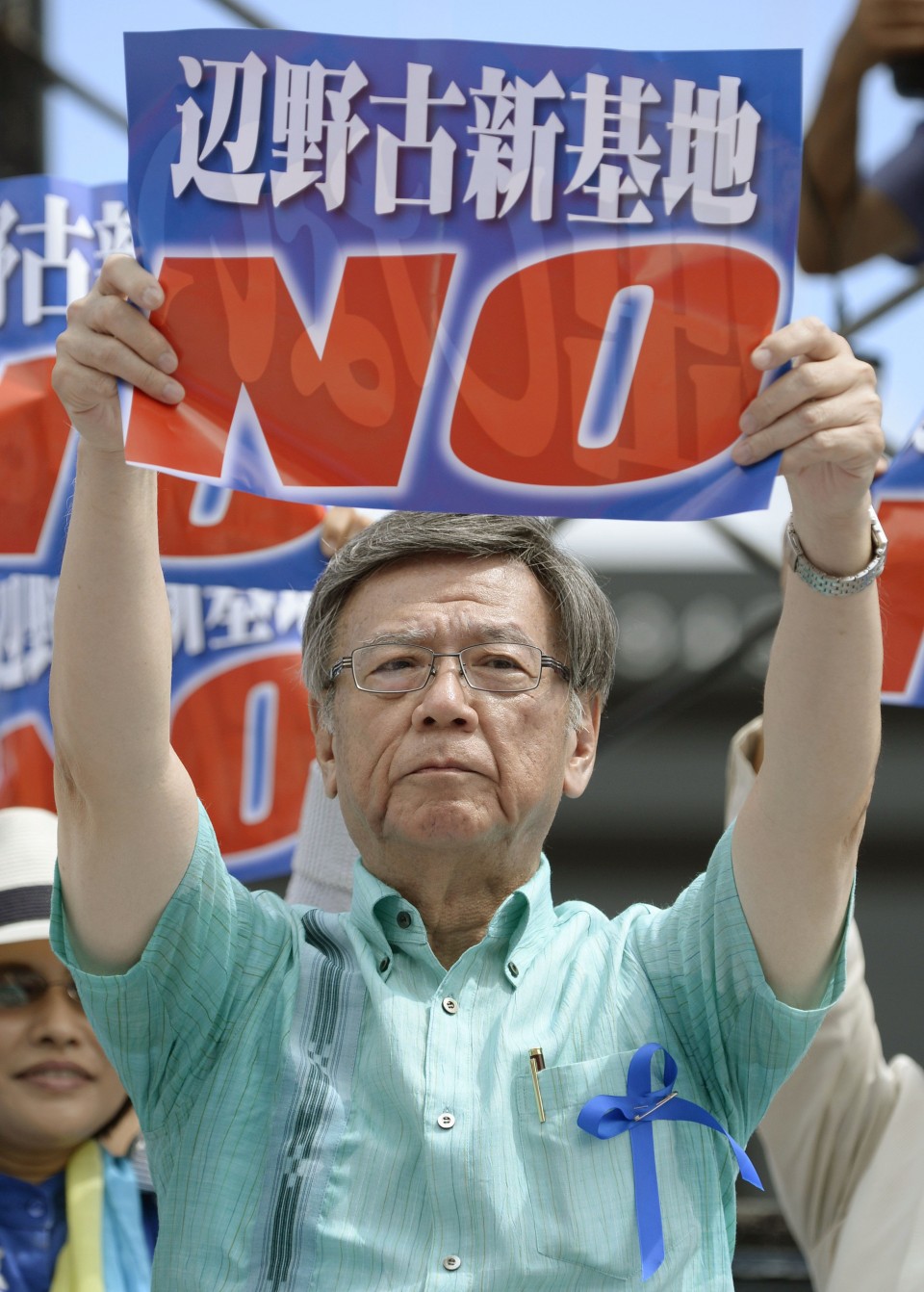 (In May 2015, then Okinawa Gov. Onaga raises a sign saying "No" to the relocation of  U.S. Marine Corps Air Station Futenma to Henoko from another area of the prefecture)