An Olympic gymnast said Wednesday the Japanese gymnastics governing body's decision to indefinitely disqualify her coach was too strict a punishment for his violent behavior toward her.

Sae Miyakawa, a 2016 Rio de Janeiro Olympian and a candidate to compete in the gymnastics world championships in Doha this autumn, admitted that the coach sometimes hit her head during training, but said she still wants to train under him while preparing for the 2020 Tokyo Olympics.

The Japan Gymnastics Association indefinitely disqualified Yuto Hayami, 34, as a coach registered with the association and banned him from setting foot in the National Training Center after a whistleblower reported Hayami's violent behavior to the association on July 11.

"I did not ask for such a punishment and I cannot agree with its severity," Miyakawa, 18, told a press conference, hinting she may withdraw from consideration for a spot on the national team for the Doha competition as it is difficult to train without Hayami, who has taught her since she was in the fifth grade. 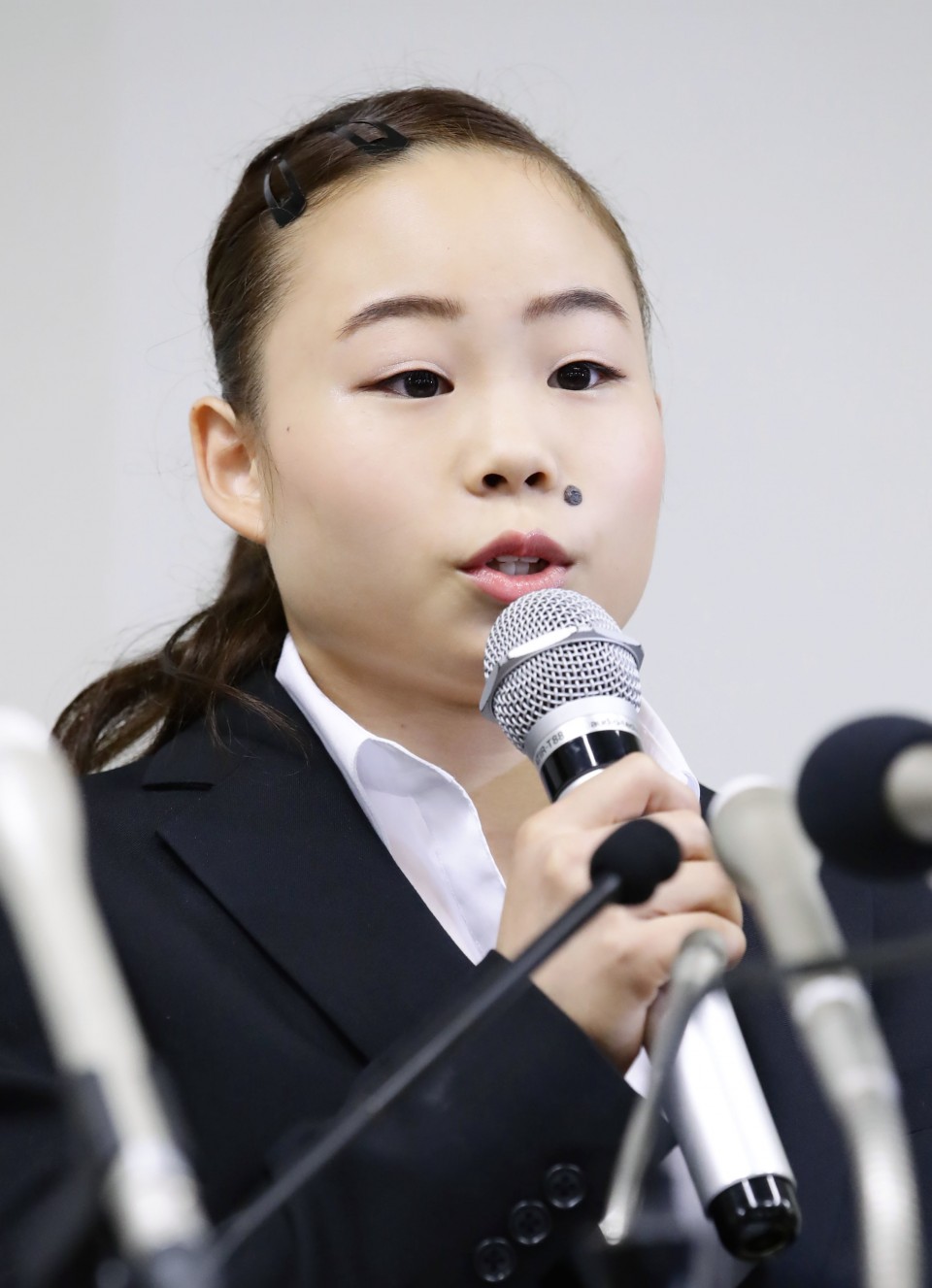 Miyakawa also claimed that she was subjected to power harassment by association officials, including Chieko Tsukahara who is in charge of female athlete improvement. Tsukahara adopted an "authoritative" attitude toward the gymnast after Hayami's violence behavior came to light, she said.

"I think they were trying to separate me from the coach, using the issue of his violence as a pretext, because they wanted to put me in the Asahi Mutual Life Insurance team," Miyakawa said. The team is coached by Tsukahara.

At a separate press conference Wednesday, the gymnastics association stressed that it will not tolerate any form of violence by people in coaching positions even if victims tolerate such behavior.

According to the association, which interviewed Hayami after the whistleblow report, the coach repeatedly acted violently toward Miyakawa, by slapping her face or dragging her body, between September 2013 and May 2018. 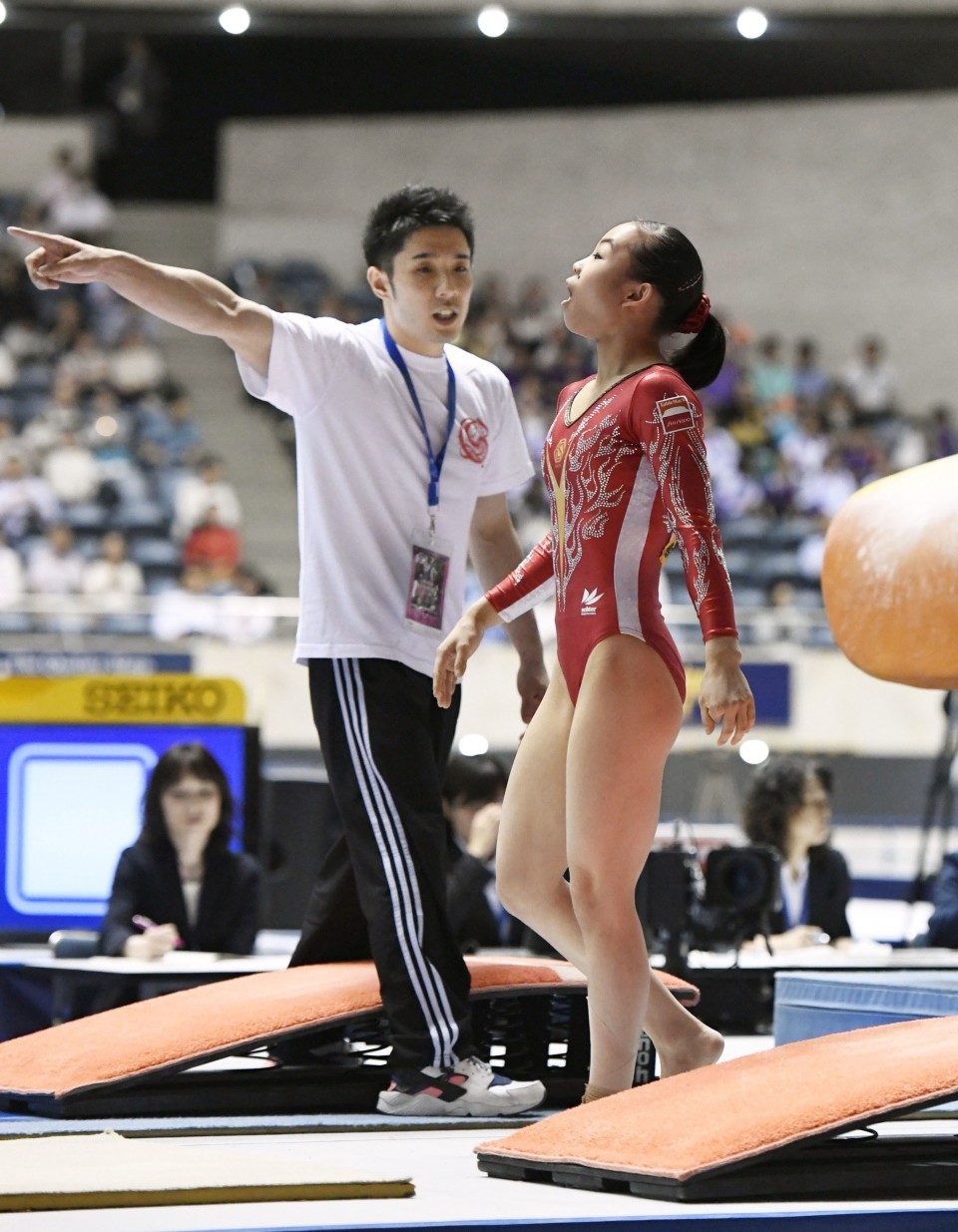 (Miyakawa and her coach Yuto Hayami in June 2016)

However, Miyakawa said she accepted that treatment as a means of "remotivating" her.

"I am determined to work with coach Hayami whatever happens," she said.

Hayami has filed a petition for an injunction with the Tokyo District Court to maintain his qualification as a gymnastics coach.

Regarding Miyakawa's assertion that Tsukahara harassed her, association officials said they were unaware of the matter but will look into it if asked to by Miyakawa.

Japan's sport circles have been plagued by allegations of violence and harassment in recent months, including sumo, wrestling, and American football. 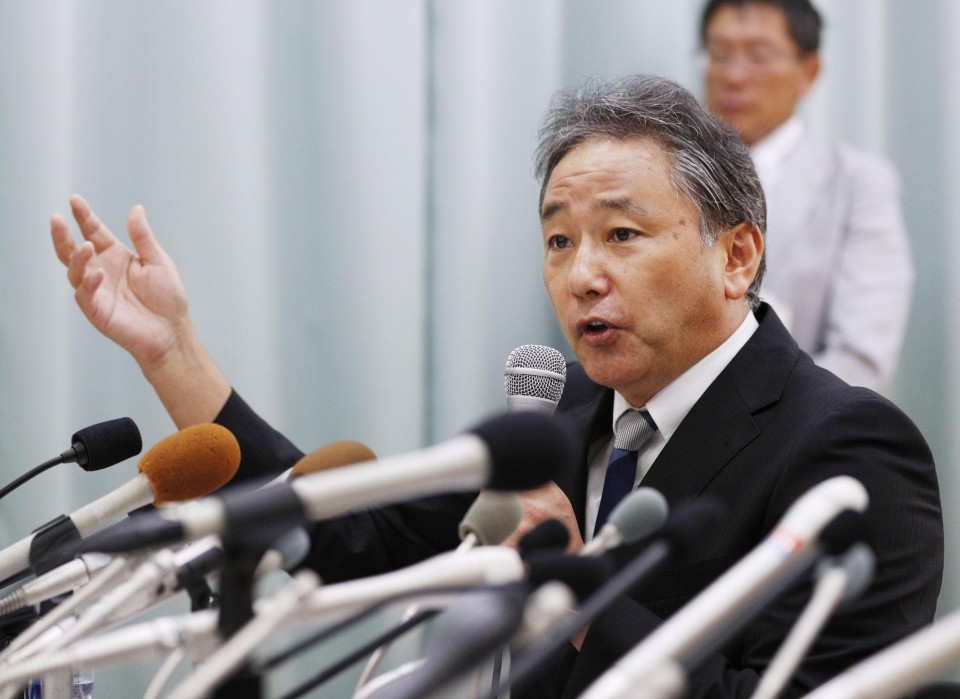