With memories of World War II fading 73 years after its end as an increasing number of people have no firsthand experience, efforts have been under way to digitize accounts of survivors to keep their memories alive and pass them on to younger generations.

Videos of survivors recounting the damage of air raids, their daily lives during wartime and battlefield experiences, have been released online by the Mitaka city government in suburban Tokyo and Yahoo Japan Corp.

The digital peace museum website operated by the municipal government features videos of 31 survivors telling their experiences in Mitaka, Hiroshima and Nagasaki as well as overseas locations such as northeastern China and Sakhalin and Siberia in what is now Russia.

Of the survivors, Toshiyuki Miyauchi recounts his experience of an air raid in Tokyo, food shortages and people's lives after the end of the war. Another, Yoshiaki Tsukada, a former crew member of the Japanese battleship Musashi, reveals his memory of the vessel's sinking in 1944 in the Sibuyan Sea in the central Philippines following a torpedo attack.

Among other survivors, Hiroko Kitagawa talks about how female students participated in drills deploying bamboo spears to attack mock enemies and made military uniforms.

Passing on war memories to future generations has been a challenge as many survivors have already died and their number continues to shrink.

From April 2013, Mitaka asked its residents and people who have a connection with the city to talk about their experiences and began filming their accounts.

Videos have been released on the website that was launched in February 2016. Many of the participants were in their 80s and some have died since the recordings. 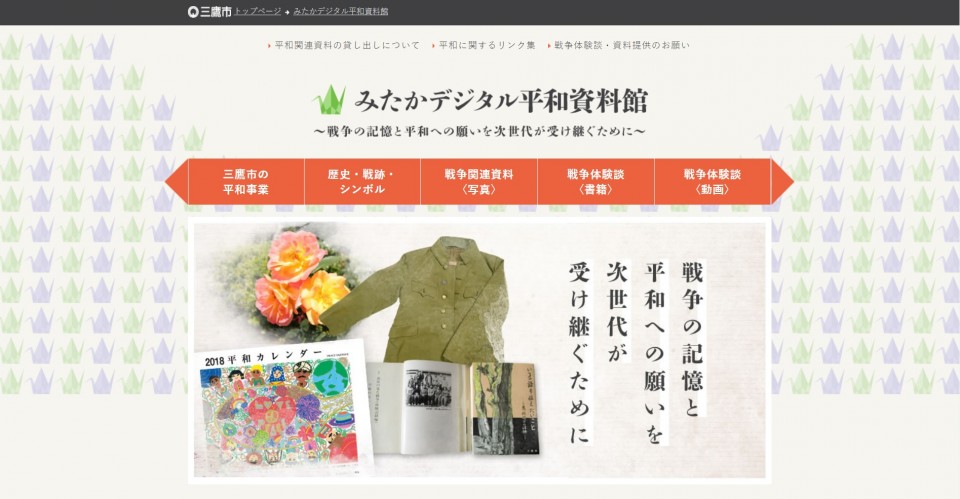 "We want to pass on the memories of war to the younger generation without letting them fade away," said Kazuyo Shimasue, the 50-year-old chief of the city's peace promotion department.

Unlike conventional facilities, the online museum can display many materials without worrying about maintenance fees or space limits, she said.

One volunteer expressed delight at being able to divulge war experiences to the next generation after remaining hesitant to speak about painful memories for many years, the city said.

Along with video accounts, a total of 114 photos including those capturing newspaper reports on the war are available on the website.

Yahoo Japan Corp. launched in 2015, the 70th anniversary of the end of the war, an online project called "Passing on war memories to the future" to publicize wartime accounts and photos.

Users can discover details about air raids in each region by clicking on an area on a map. They can also watch interview footage of survivors talking about their experiences of air raids. 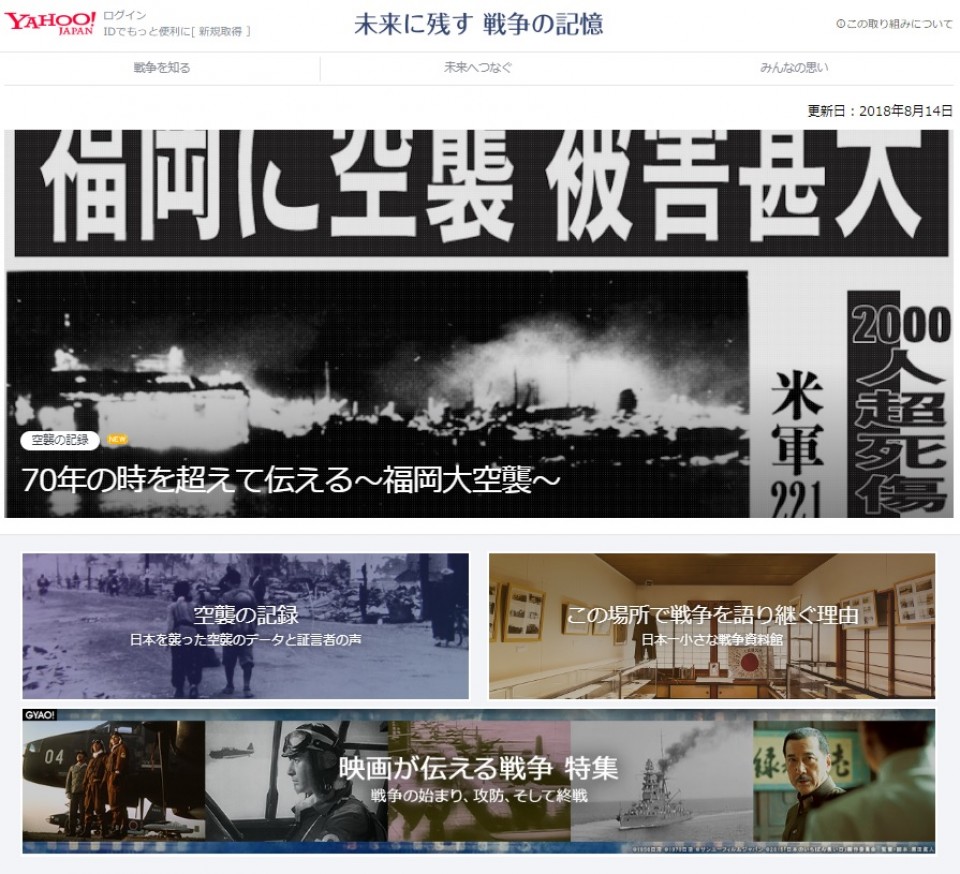 Among such items, photos and testimonies explain a U.S. fighter jet crash in June 1959 at an elementary school in what is now the city of Uruma in Okinawa Prefecture, which was under U.S. control at the time.

Survivors recounted the accident that killed 17 pupils and local residents. Also, a man later died due to the aftereffects of burns.

In the section introducing a U.S. military plane crash in a residential area in Yokohama in September 1977, Masahiro Saito, who keeps records of the incident at his home, reminds users that the accident that killed three and injured six others is not a tragedy in the past but is an issue related to the present day.

Seiji Miyamoto, a producer of Yahoo Japan's news portal, said, "These are incidents linked to the war but some people do not know about them as memories fade away."

He said the project has received a strong response from the public with one viewer requesting that the company keeps sending out messages about the horrors of war.

The company says the project is "a special feature that passes on memories and records to 100 years later."