A U.S. district court has dismissed a lawsuit by environmentalists seeking to halt the relocation of a U.S. Marine Corps air base in Okinawa, southwestern Japan, due to the potential impact on endangered dugong.

In a decision on Wednesday, the court of the Northern District of California ruled in favor of the defendant, the U.S. Department of Defense, saying the department "reasonably concluded it was unlikely" that the construction would harm the Okinawa dugong.

The ruling comes at a time when the envisaged transfer of U.S. Marine Corps Air Station Futenma within Okinawa has come under a renewed spotlight.

Recently, Okinawa Gov. Takeshi Onaga said he has asked local officials to start procedures to retract his predecessor's approval of landfill work for relocating the U.S. base, seen as a last resort to hamper the central government's plan to move Futenma. 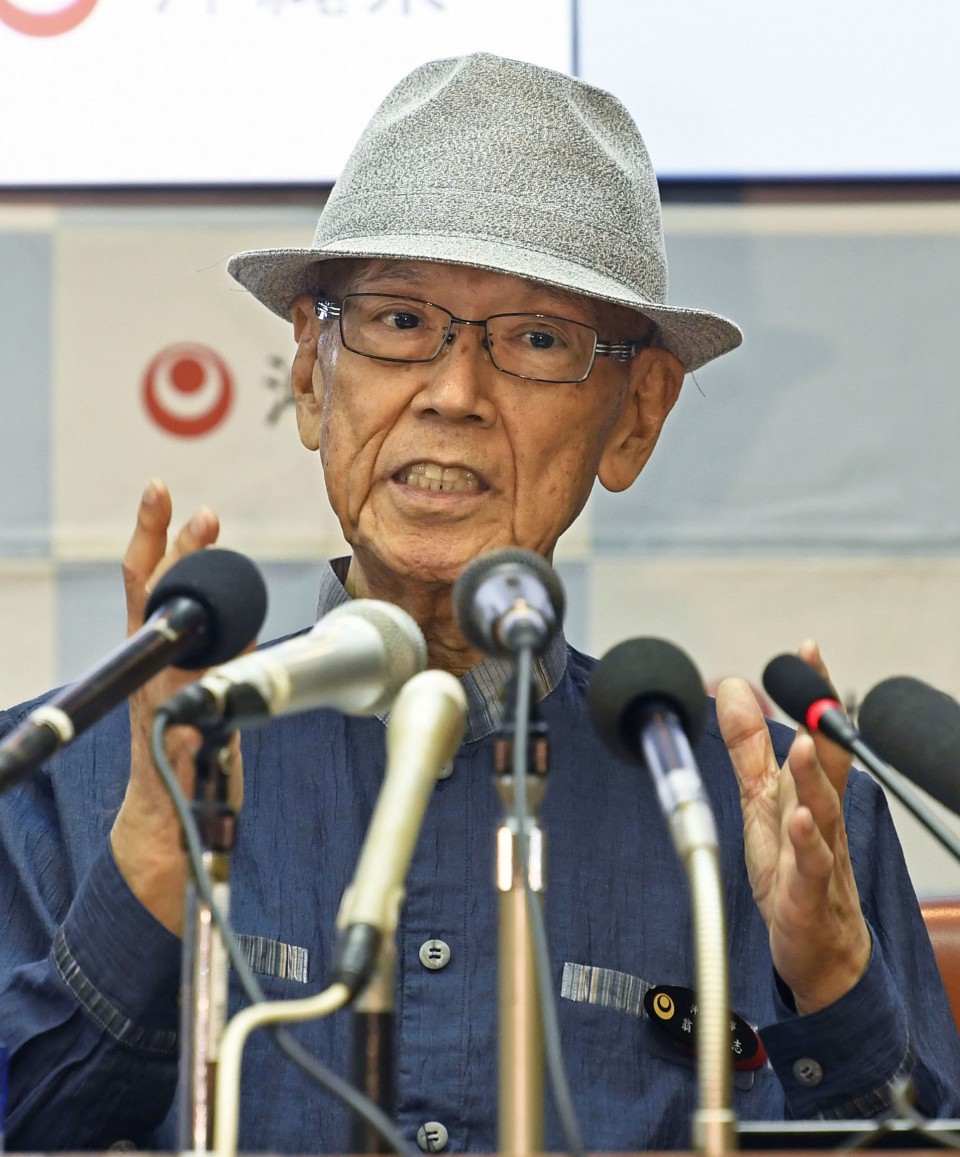 Futenma is currently located in a crowded residential area in Ginowan, Okinawa Prefecture. The Japanese and U.S. governments say moving it to the less populated Henoko coastal area of Nago, also in Okinawa, is the "only solution."

But the local government and people remain opposed to it, calling for moving the base out of the island prefecture, which already hosts the bulk of the U.S. military presence in Japan.

The plaintiffs have argued that a U.S. government review that found the construction of a new base at Henoko would not negatively affect the Okinawa dugong was "arbitrary and capricious."

The case was brought to court by Japanese and U.S. environmental groups including the Center for Biological Diversity and individuals.

But the U.S. district court said the defendant's "conclusion of no adverse effect was not arbitrary and capricious."

The 9th Circuit Court of Appeals revived the lawsuit in August last year, ruling that the case can be challenged in a district court. In 2015, the court of the Northern District of California dismissed the lawsuit, which was filed in 2003.

The dugong, a marine mammal that grazes on seagrass, has cultural meaning among Okinawa's indigenous people and is considered critically endangered by the Japanese Environment Ministry and vulnerable by the International Union for Conservation of Nature and Natural Resources.

U.S. law requires the government to consider the environmental impact of projects it approves, including overseas, and the plaintiffs argued at a district court that the government did not meet this requirement when it concluded in 2014 that the base project would not negatively affect the dugong.

Sarah Burt, lawyer for the plaintiffs, said, "It's frustrating to have the courts sort of credulously repeat the very flawed scientific arguments" of the U.S. Department of Defense. Burt said she will discuss with plaintiffs whether to appeal.

Peter Galvin, director of programs at the Center for Biological Diversity, said, "We're disappointed and think the court got it incorrect in several different areas, in particular the adverse effect to the dugong."