Japan's nuclear watchdog on Wednesday granted its first approval for a plan to reuse nuclear fuel taken out of decommissioned reactors in operational ones.

The decision will allow Kansai Electric Power Co., the operator of the Oi nuclear power plant in central Japan, to load some nuclear fuel assemblies from its scrapped No. 1 and No. 2 reactors into its No. 3 and No. 4 reactors that resumed operation this spring.

A nuclear fuel assembly consists of fuel rods and those at the Oi plant in Fukui Prefecture are the same in size and interchangeable.

Fuel at a nuclear power plant is normally considered spent after three to five years of loading. Kansai Electric has stored some fuel assemblies from the No. 1 and No. 2 reactors that are still usable.

Of the 629 nuclear fuel assemblies from the two old reactors that the power company has decided to scrap, 264 are still usable. The remaining 365 units are expected to be sent to the Rokkasho plant in northeastern Japan for reprocessing. 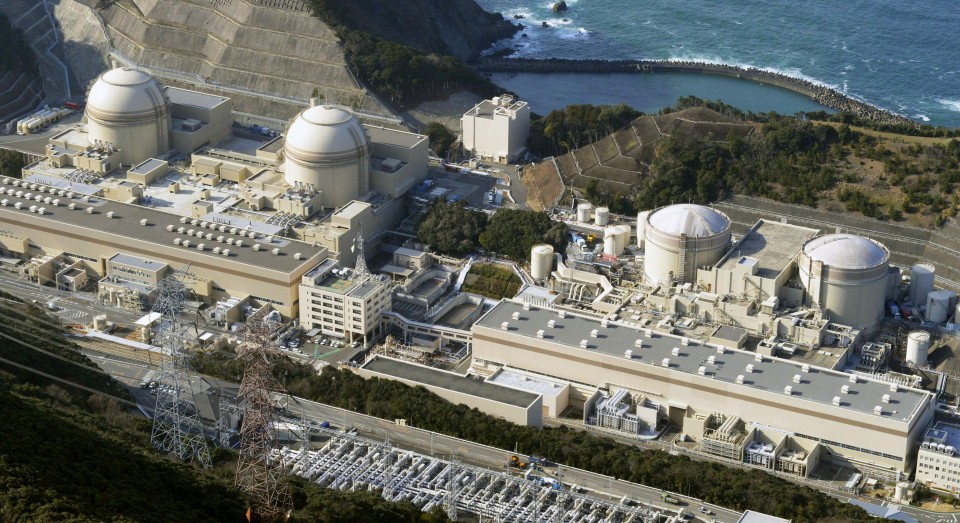 A total of 216 new nuclear fuel assemblies prepared for the No. 1 and No. 2 reactors will also be used in the other two reactors at the Oi plant, according to Kansai Electric.

The Nuclear Regulation Authority will give its formal approval after hearing opinions from the Japan Atomic Energy Commission and other parties concerned.

In March, Kansai Electric notified the government of its plan to decommission Oi's aging No. 1 and No. 2 reactors. With a capacity of 1,175 megawatts each, the reactors would have been in operation for 40 years in 2019.

Since the 2011 Fukushima accident, most of the country's nuclear reactors remain offline.

Opposition to restarts remains strong in Japan despite the administration of Prime Minister Shinzo Abe maintaining its pro-nuclear policy.