Death toll in Japan heat wave rises to more than 30

Ten more people died Thursday from a heat wave that continued to grip Japan, raising the death toll to more than 30 since July 9, with the public warned to brace for more scorching weather over coming days.

The extreme heat -- which rose to as high as 40.7 C in central Japan on Wednesday -- has caused more than 10,000 people to be sent to hospitals, according to a Kyodo News tally. The 10 fatalities were from seven prefectures.

On Thursday, the mercury continued to hover well over 35 C in many areas of Japan, with Kyoto registering 39.8 C. 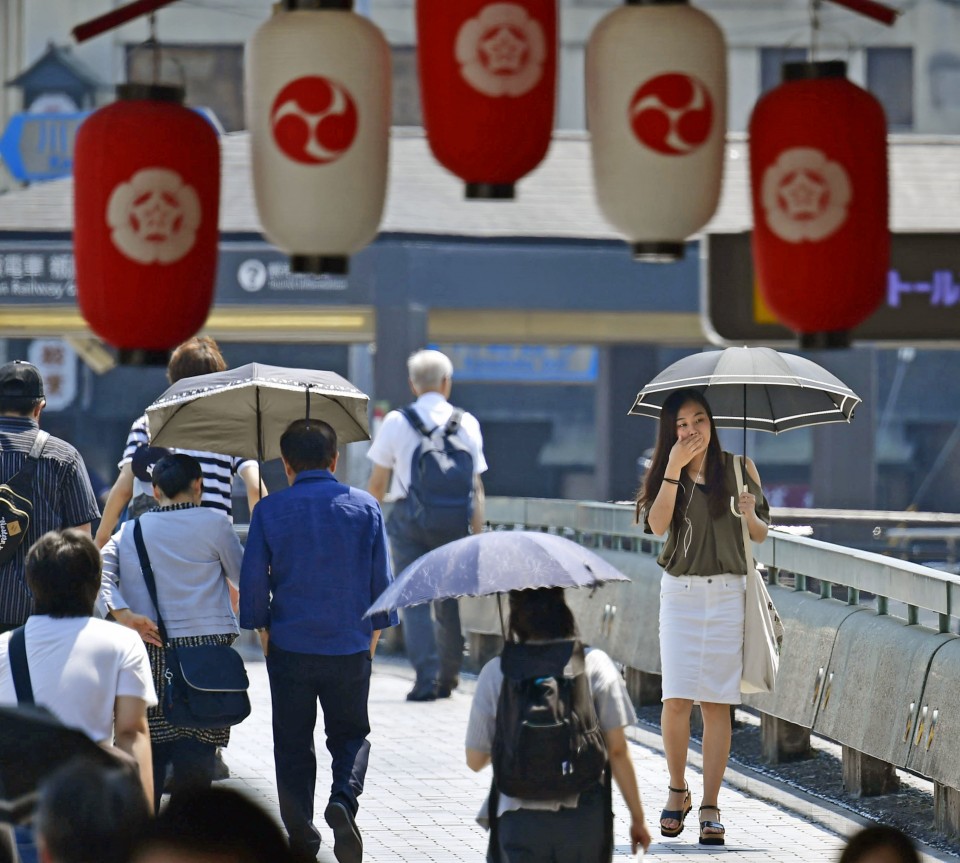 Among those who died was an 80-year-old woman believed to be working at a farm in Sado, Niigata Prefecture, and another woman in her 90s in a field in Yabu, Hyogo Prefecture.

A man in his 80s, who was mowing a rice paddy in Soja, Okayama Prefecture, also died.

A total of 317 people, aged between 1 and 105, were taken to hospitals in Tokyo on Wednesday.

Many students participating in school activities in various areas around the country were also rushed to hospitals, but none sustained serious or life-threatening injuries.

In Shimonoseki, Yamaguchi Prefecture, a number of high school students complained of symptoms of heatstroke or heat exhaustion, and eight were taken to hospital.

The eight were taking part in sports events on school grounds or in gymnasiums as the mercury climbed to 34.5 C in the city.

It did so after a 6-year-old boy died Tuesday following an outdoor class at his elementary school in Aichi Prefecture, central Japan.

The intense heat has also made it more difficult for disaster victims and rescuers in areas devastated by the torrential rains that caused extensive flooding and deadly landslides in western Japan earlier this month.

In Okayama, Hiroshima and Ehime, the three hardest-hit prefectures, 145 people were taken to hospitals on Thursday alone for suspected heatstroke.

The Japan Meteorological Agency has warned that extremely high temperatures will continue, and urged the public to take precautions such as drinking water and controlling room temperatures.