People aged 60 or over accounted for about 70 percent of the victims of torrential rains that triggered massive flooding and landslides in western Japan, Kyodo News tallies showed Sunday.

Of 171 identified fatalities from Japan's worst weather disaster in decades, those aged 60 or older totaled 118 as of Sunday evening since the downpours began on July 5, while six victims were under 10 years of age.

The 118 people include 11 in their 90s, 33 in their 80s, 43 in their 70s and 31 in their 60s. Some of these people were living alone and found it difficult to evacuate on their own to their flooded homes' roofs to avoid drowning. Others may have not been able to obtain emergency information swiftly through mobile devices.. 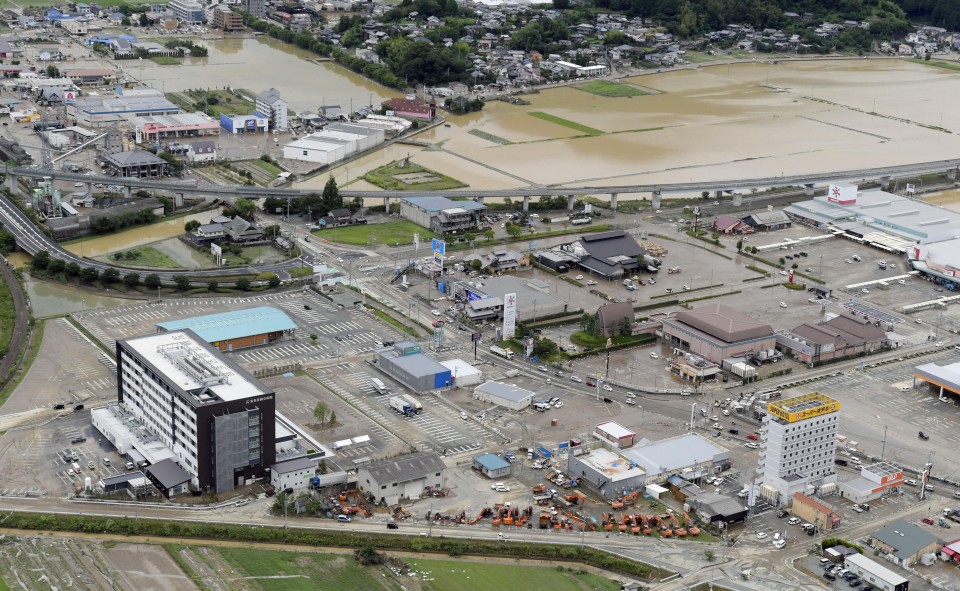 The death toll from the floods and landslides caused by the torrential rains has risen to 217, according to the National Police Agency. Kyodo News tallies show over 20 people are still missing.

About 5,200 people continue taking shelter in evacuation centers in 16 prefectures as of noon Sunday, according to the Fire and Disaster Management Agency.

In Okayama Prefecture, one of the prefectures hit hard by the disaster, 48 of the 56 victims were 60 years old or above. In the flood-hit Mabi district in Kurashiki of the prefecture, 90 percent of more than 40 people killed were in their 60s or above and most likely drowned.

A 67-year-old housewife in the district said the evacuation order announced through outside loudspeakers was difficult to hear.

"Elderly residents who did not have smartphones might have had difficulty understanding the situation and not been able to escape in time," she said.

Since over 4,000 structures in the Mabi district were flooded, the city government plans to provide temporary housing by using privately owned rental housing units.

The Tokyo metropolitan government said it will offer a total of 220 homes in the capital for people in need of houses after the heavy rains.

As rescuers, recovery crews and relief volunteers continued to face sweltering heat with the temperature topping 30 C across a wide area of Japan on Sunday, an increasing number of residents and volunteers developed health problems.

Some felt pain in their throat, as mud covering roads and houses has turned into dust in the extreme heat and was spreading in the air. 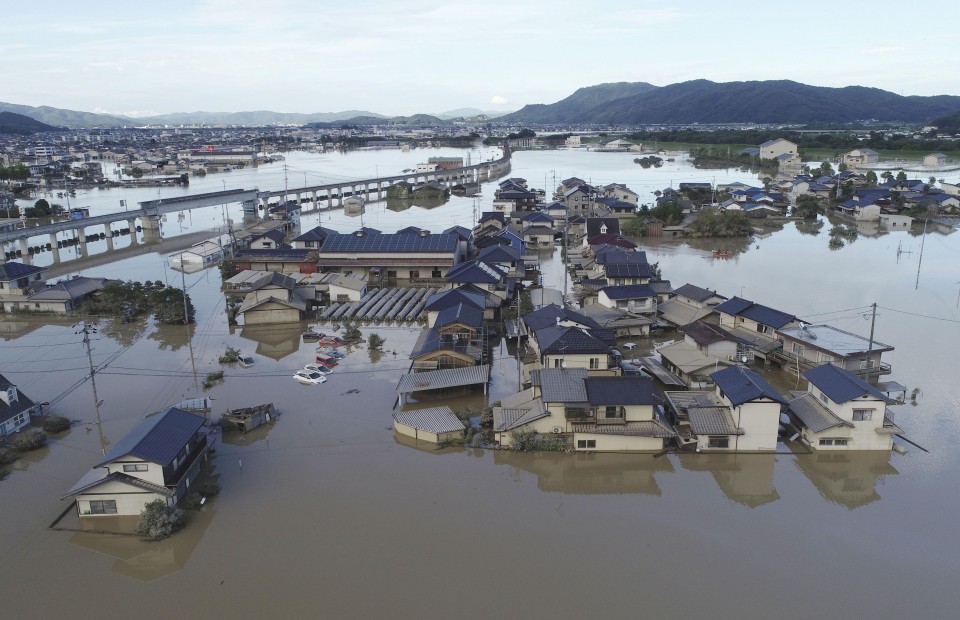 The Kurashiki city government called on people to wear masks and eye protection as well as to frequently gargle.

At least 145 people were taken to hospitals for heatstroke or exhaustion in the hardest-hit prefectures of Okayama, Hiroshima and Ehime on Sunday.

While rescuers continued to search for the missing in Hiroshima, Okayama, Ehime, Osaka and Nara prefectures, Abe said rebuilding work in the afflicted regions will be subject to special subsidization by the central government under the Law Concerning Special Fiscal Aid for Coping with Disasters.

"We will help everyone get back to a normal life as we encourage (municipalities) to speed up their disaster recovery without fiscal concerns," Abe told a meeting of the government's disaster response headquarters.

The special aid will cover infrastructure reconstruction and support for businesses and farmers among other recovery efforts.

In recent years, such special aid has been provided for recovery work after the earthquake in Kumamoto Prefecture in 2016 and the rain-caused disaster in southwestern regions in 2017.