Two people died and about 2,000 people suffered heatstroke or exhaustion on Sunday, as a heat wave continued scorching Japan during a three-day weekend, a Kyodo News tally showed.

Temperatures rose above 35 C in many parts of western and eastern Japan with the highest for the day at 38.8 C recorded in the city of Fukuchiyama, Kyoto and the town of Ibigawa, Gifu.

The extreme heat made it harder to carry out relief operations in the regions ravaged by the recent flooding and landslides.

In the hardest-hit prefectures of Okayama, Hiroshima and Ehime, a total of 184 people, including volunteers for removing and cleaning up debris, were taken to hospitals, as the mercury reached 36.0 C in some areas in the prefectures. 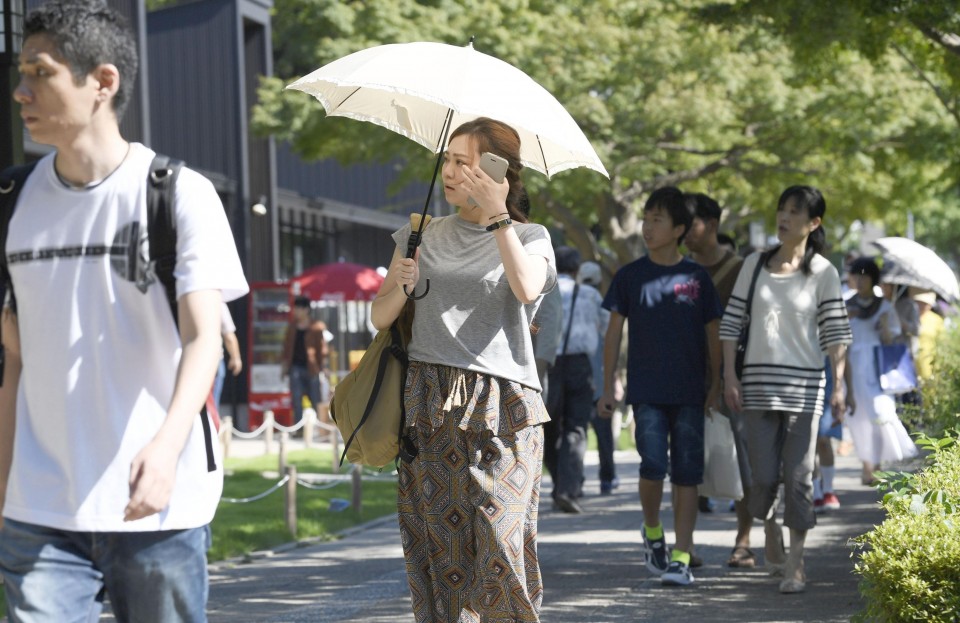 Of 927 monitoring points nationwide of the Japan Meteorological Agency, 200 logged highs of at least 35 C. Aichi had the highest number of people taken to hospitals at 166.

Six people died and over 1,500 were treated for illness from the heat on Saturday, with the highest temperature of 38.7 C logged in Tajimi, Gifu.

The weather agency warned people to take measures to prevent heatstroke and exhaustion, as the hot weather is expected to continue through next Sunday.