A subsidiary of SoftBank Group Corp. and a Japan unit of China's internet search giant Baidu Inc. said Wednesday they have tied up to tap into the Japanese self-driving bus market.

Under the agreement, 10 electric minibuses, called Apolong, developed by Baidu and China's Xiamen King Long United Automotive Industry Co., will be shipped to Japan by early next year.

The Softbank subsidiary, SB Drive Corp., said they aim to introduce the buses on Japanese public roads and plan to carry out technology demonstration experiments in the current fiscal year ending next March.

SB Drive, set up in April 2016, has already been testing self-driving buses in Japan.

The Japanese company last year conducted government-sponsored tests in Okinawa. It is also testing self-driving buses at Haneda airport in Tokyo, with the aim of putting them into regular use to transport passengers within its restricted area in 2020. 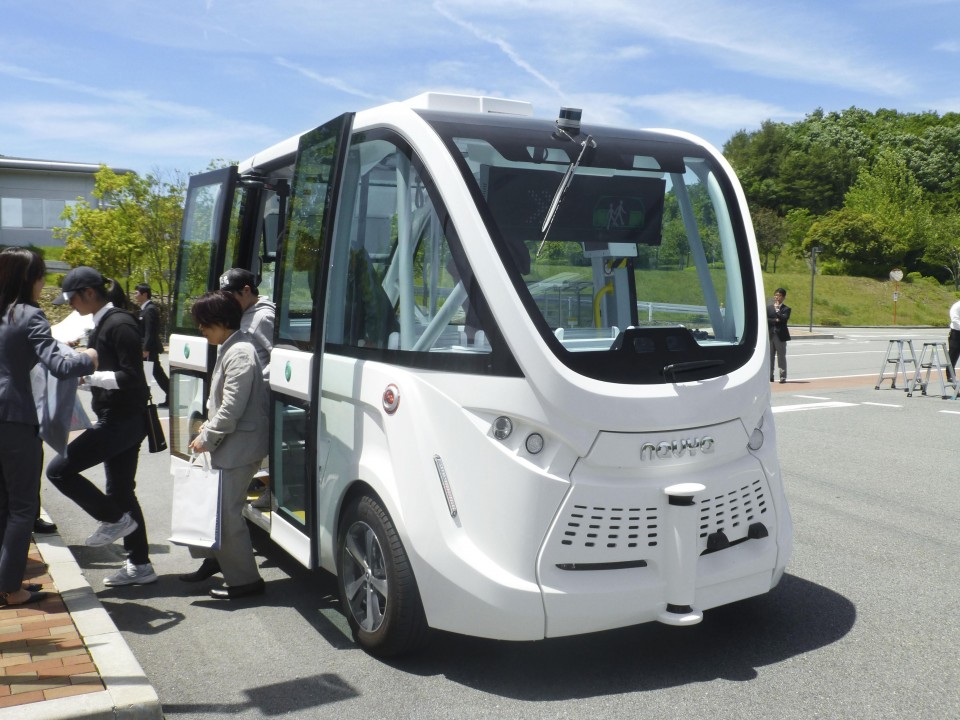 Baidu last year launched the Apollo open autonomous driving platform for its newly developed minibuses and since then has attracted 116 global partners in the automotive and technology industries, including Ford Motor Co. and Microsoft Corp., it said.

"We are very excited to bring the Apolong mini bus to Japan and work with local experts to unlock the benefits of this transformative technology," Charles Zhang, president of Baidu Japan Inc., said in a statement.

"The open collaborations between the engineers and researchers from both countries will undoubtedly accelerate the development of autonomous vehicles," he said.

Yuki Saji, head of SB Drive, said, "In Japan, public transportation is facing a number of challenges, including traffic network reduction, driver shortage and driver aging. We expect self-driving technology will solve these problems in the future."