The South Korean cabinet approved a budget on Tuesday to replace the 1 billion yen ($9 million) provided by Japan to support surviving "comfort women," the Gender Equality and Family Ministry said.

The South Korean government will "freeze" the money received from Japan and create its own fund of a similar amount to support the few still living women forced to work in Japanese military brothels during World War II. 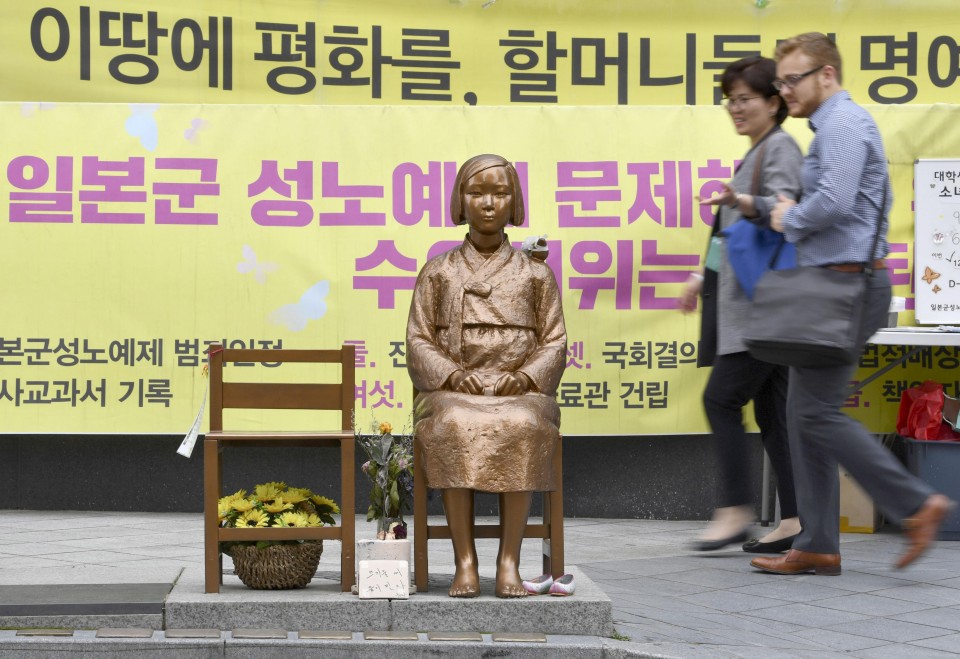 In Japan such women are euphemistically referred to as "comfort women" and their treatment both during the war and afterward in terms of reparations has long been a painful bone of contention between the two countries. Japan colonized the Korean Peninsula from 1910 to 1945.

Japan gave South Korea 1 billion yen under a 2015 agreement meant to finally and forever settle the matter. But that agreement, forged under the previous administration of former President Park Geun Hye, was rejected by her successor Moon Jae In for not reflecting the opinions of the surviving "comfort women."

The ministry said how the money will be used will be decided through further discussions with the Japanese government.

Following Seoul's decision, Yoshihide Suga, the top Japanese government spokesman, said the money should be spent in line with the spirit of the bilateral accord.

"We will continue to ask the South Korean government to steadily follow through on the agreement to finally and irreversibly settle the comfort women issue," Suga said at a regular press briefing.

Japan's Foreign Ministry did not lodge a protest but instead conveyed to the South Korean Foreign Ministry, through a diplomatic channel, that the issue should be dealt with in accordance with the 2015 agreement.