The Japan Football Association said Thursday it will not ask Akira Nishino to continue as national team coach after his contract ends in July, as the squad returned home following their round-of-16 defeat to Belgium at the World Cup in Russia.

"We (the JFA) will not persuade Nishino to stay on the job, as his time as manager for the Japan national team ends," JFA President Kozo Tashima told a press conference after the team arrived at Narita airport outside Tokyo.

The JFA said Monday it plans to decide on Nishino's successor by the end of July.

Nishino, who took the reins following the shock dismissal of predecessor Vahid Halilhodzic in April, led Samurai Blue to their first knockout stage since the 2010 tournament in South Africa.

"I've coached the team with the thought that I will only do this until the end of the World Cup. I think I've fulfilled my duties," said Nishino, who was the JFA's technical director before taking the job.

"When I met the players on May 21, I sensed that as a team overall, we were not good enough to compete in Russia. Individually, the players are of a high quality, so I thought if we could add something somehow, then we could make a go of it."

"While there were gambles along the way, we gave it our all, and there were times when the players did all the heavy lifting themselves." 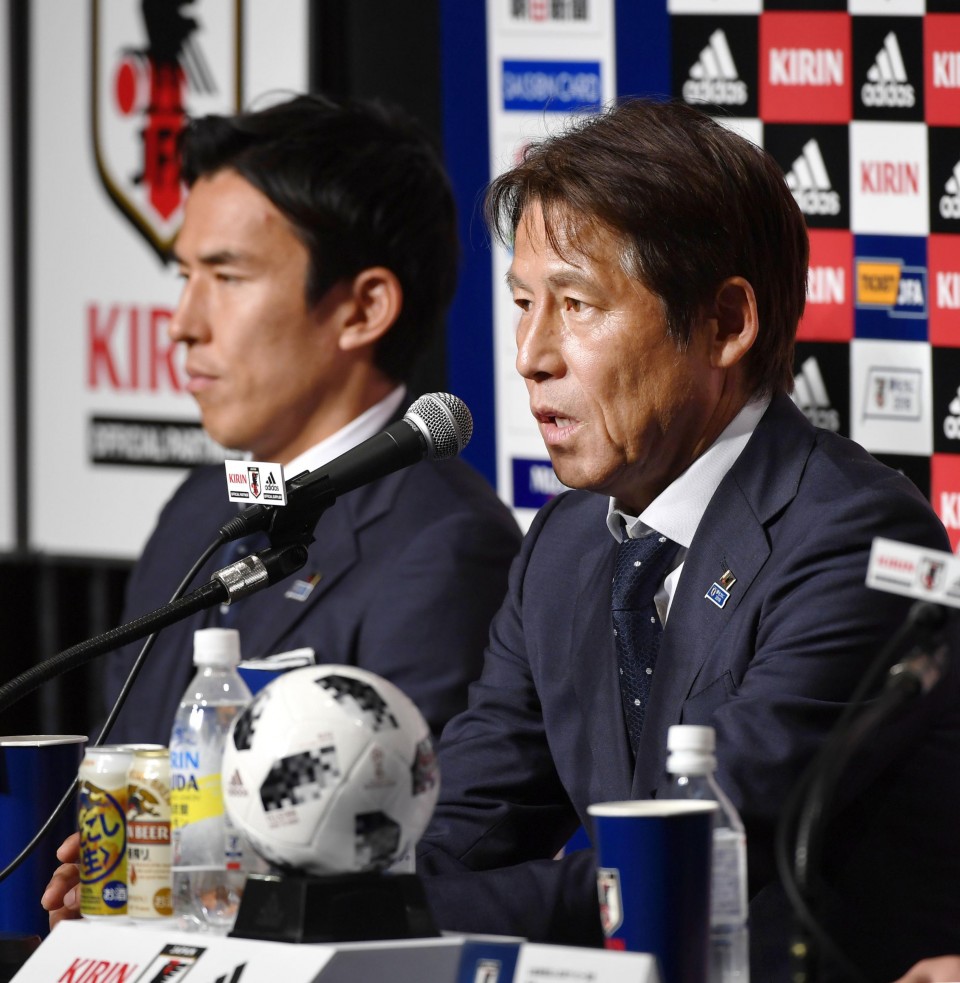 The 63-year-old, who agreed to coach until the end of the tournament, said he was moved by the determination of his squad to avenge their disappointing group-stage elimination at the 2014 finals in Brazil, where they had one scoreless draw and lost two.

"I had a lot of feelings inside me. But the players had a much stronger determination," Nishino said.

"We built upon what my predecessor left for the team and we played wonderful soccer. The team has what it takes to advance to the round of eight in four years in Qatar."

In their final World Cup match on Monday, Japan, ranked No. 61 in the FIFA rankings, were eliminated by No. 3 Belgium, who came from behind to win the round-of-16 match 3-2. Nishino said his team had an opportunity to clinch victory but he was unprepared to change tactics after Japan secured a 2-0 second-half lead.

"I had never considered that scenario," Nishino said. "I lacked the speed to make that decision over those final 30 minutes. It was the same way over the final 10 minutes of the Poland game."

Questions were raised in Japan about the squad's readiness prior to the tournament, but Samurai Blue opened their group H campaign with a 2-1 victory over 16th-ranked Colombia. They went on to play a 2-2 draw with No. 27 Senegal before a 1-0 defeat to No. 8 Poland. 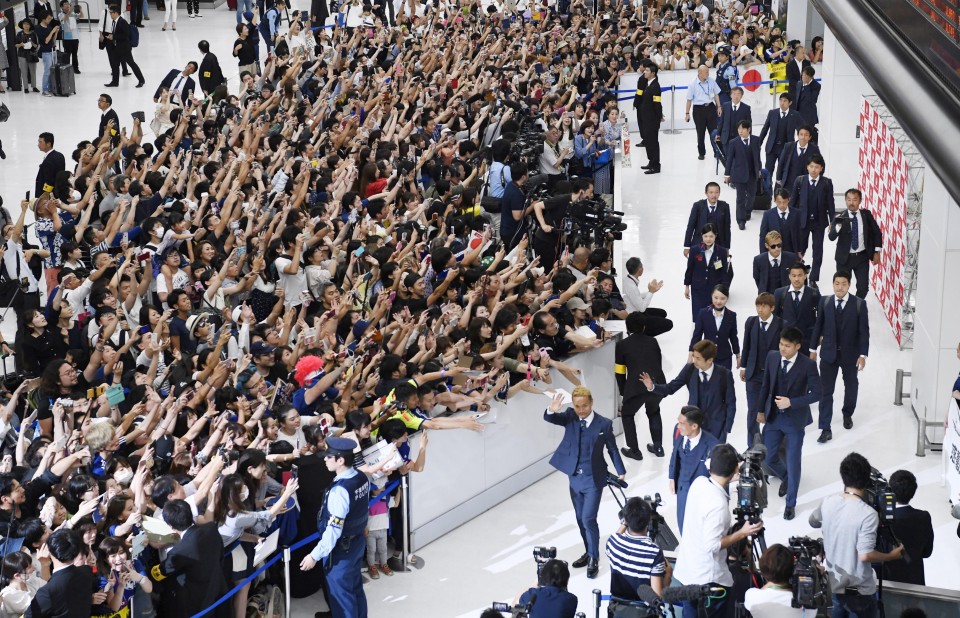 Captain Makoto Hasebe, who has announced his retirement from the national team, joined Nishino at the press conference. He said the squad did not draw much attention before the tournament but the situation changed as they played.

"People had low expectations of us, and we talked about turning the situation around. I think everyone became interested in soccer again, so in that way, I think we did a good job," said the 34-year-old Hasebe, who leaves the national team with 114 caps.

"We worked hard for four years to do better and make up for our disappointment in Brazil. We all belong to different clubs, but we shared that common feeling," he said. "I didn't imagine after that tournament that I'd be standing on the pitch in Russia. Looking back, the four years passed by like a flash."

Earlier in the day, the Japanese team was greeted at the airport by about 800 cheering fans wearing Samurai Blue jerseys. Takashi Inui and Yuto Nagatomo were among the players waving to the fans, who applauded and voiced their appreciation.

Mio Yoshida, a 28-year-old from Tokyo, said she came to welcome the team home to show her appreciation. "I was really moved by the matches so I just wanted to say 'thank you.'"

More on the Samurai Blue: