Yokozuna Kakuryu withdrew from the ongoing Nagoya Grand Sumo Tournament due to a right-elbow injury on Friday, making the 15-day meet the first event in 12 years to take place without a grand champion.

Kakuryu won his first three bouts at Dolphins Arena but suffered losses to No. 2 maegashira Ikioi and No. 3 Abi on Wednesday and Thursday, respectively. He was aiming for a third consecutive top division championship and sixth overall.

The Mongolian yokozuna was diagnosed with arthritis in his right elbow requiring two weeks of recovery. His stablemaster Izutsu said the 32-year-old sustained the injury while training before the start of the tournament.

"I talked with him yesterday and he said that he is having trouble exerting force on his elbow because the condition has gotten worse," Izutsu said. "I apologize that this meet has to resume without a yokozuna." 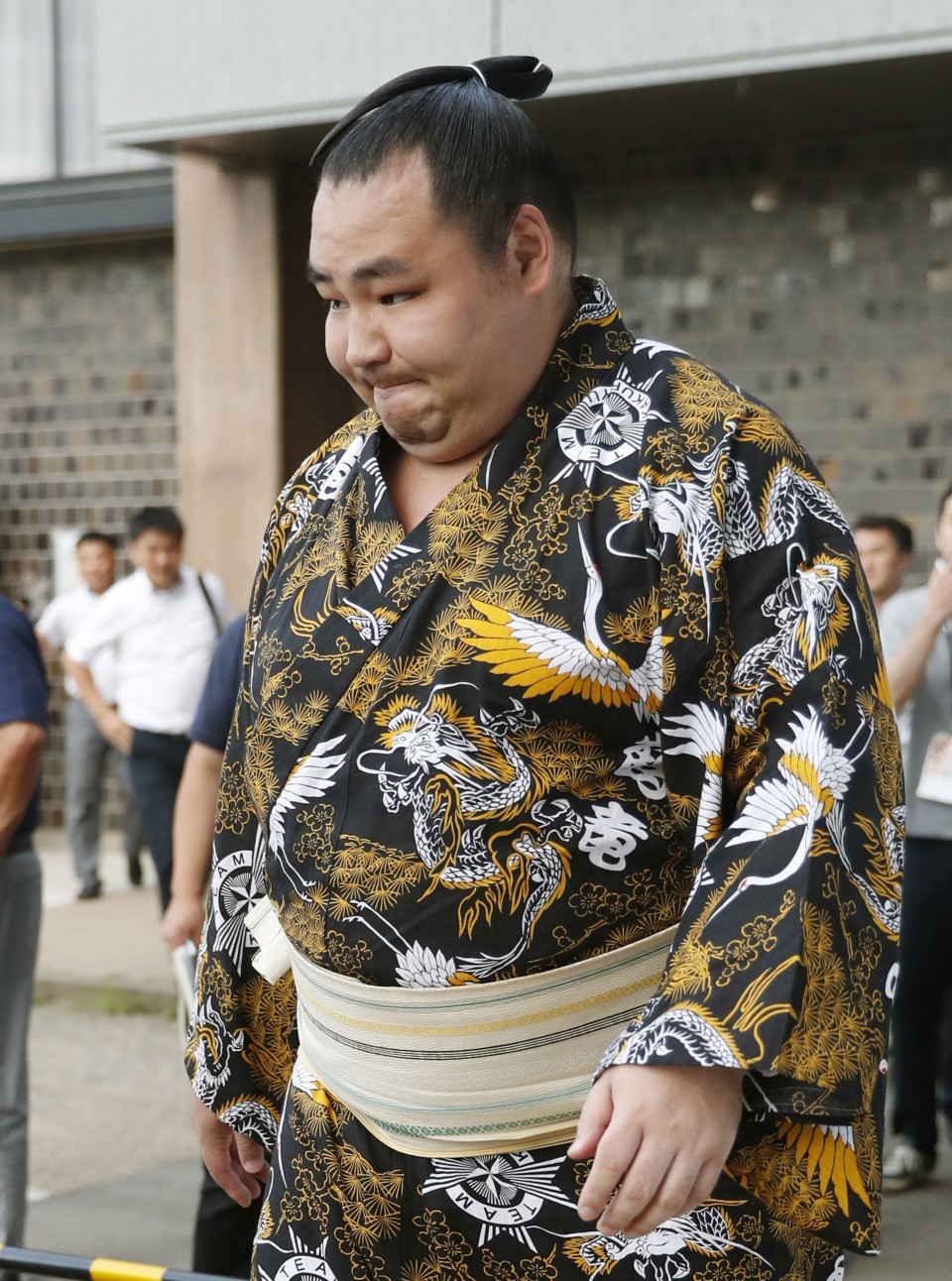 Kakuryu had been the sole remaining yokozuna following Kisenosato's withdrawal prior to the start of the tournament, and Hakuho's withdrawal after Day 3 due to a right-knee injury.

Kakuryu had missed all or part of four straight meets last year due to injury but had completed all three grand tournaments so far this year. He will undergo an examination to determine whether he can participate in this summer's regional tourney.

"(Kakuryu) says he still has a goal and is in high spirits. But it's like he went from heaven at the last meet (after winning a second straight championship) to hell," Izutsu said.