At least 11 people died Saturday from suspected heatstroke across Japan as a heat wave continued to grip the country, with a record number of ambulances dispatched in Tokyo after many people fell ill due amid scorching temperatures.

On Sunday, the mercury hit 32.0 C as of 7:30 a.m. in central Tokyo, with the weather agency issuing a warning for high temperatures in most areas of the country. 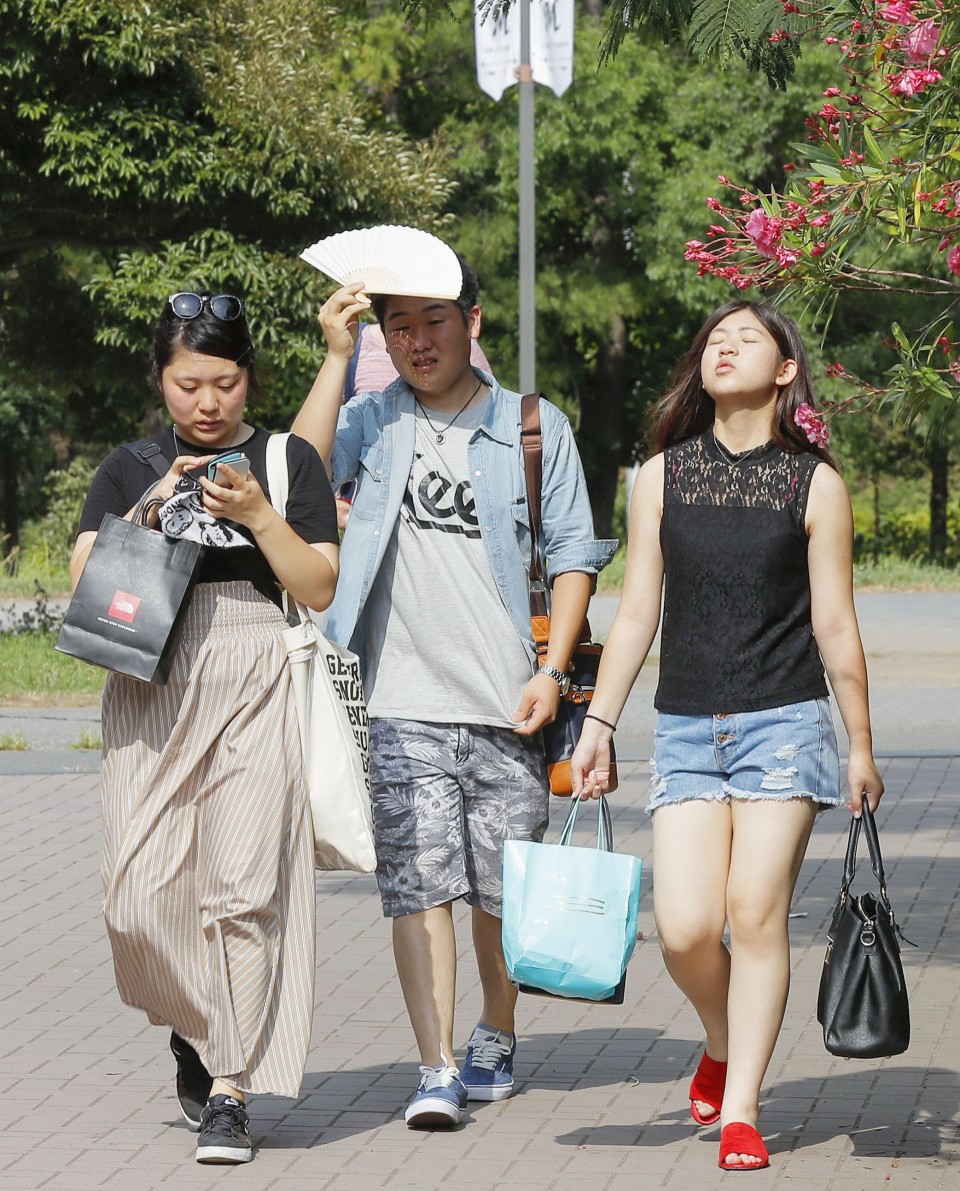 As of 11 a.m., 601 of the agency's 927 observation spots had recorded 30 C or higher temperatures. Readings surpassing 35 C were taken in 57 locations, including Tottori city, Gunma's Maebashi city and Mie's Kameyama city.

The Tokyo Fire Department said Sunday that 3,091 ambulances were dispatched in the capital the previous day, the largest on a single-day basis since the department started emergency medical operations in 1936.

Ambulance dispatches have been surging in Tokyo since Tuesday, pushed up by requests for transporting people hit by heat to hospitals, the department said.

Almost all of the 11 victims were senior citizens, including two couples in their 70s who were found dead in their respective homes in Tokyo and Osaka.

Among calls made to emergency services Saturday were those reporting junior high school and senior high school students falling ill while playing sport in Shizuoka and Ibaraki prefectures.