Taking bullying by the horns with anti-power harassment education

Educating a nightmare boss on how to treat subordinates in the workplace might seem like a no-brainer to most, but in Japan, a country famous for conservative company cultures, one consultancy firm is meeting the demand from businesses that are trying to stamp out power harassment.

Why? Because companies are finding that unless workplace bullies are urged to realize they are in the wrong, punishing their behavior does not lead to resolutions.

Expectations are high that "bad boss" training may help to improve the workplace environment as companies make serious efforts to combat workplace abuse.

In a culture where authoritarian bosses are feted for their strong leadership skills that often take the shape of ill-tempered outbursts, managers will complain that they are "only guiding their subordinates," while questioning why they are being disciplined. 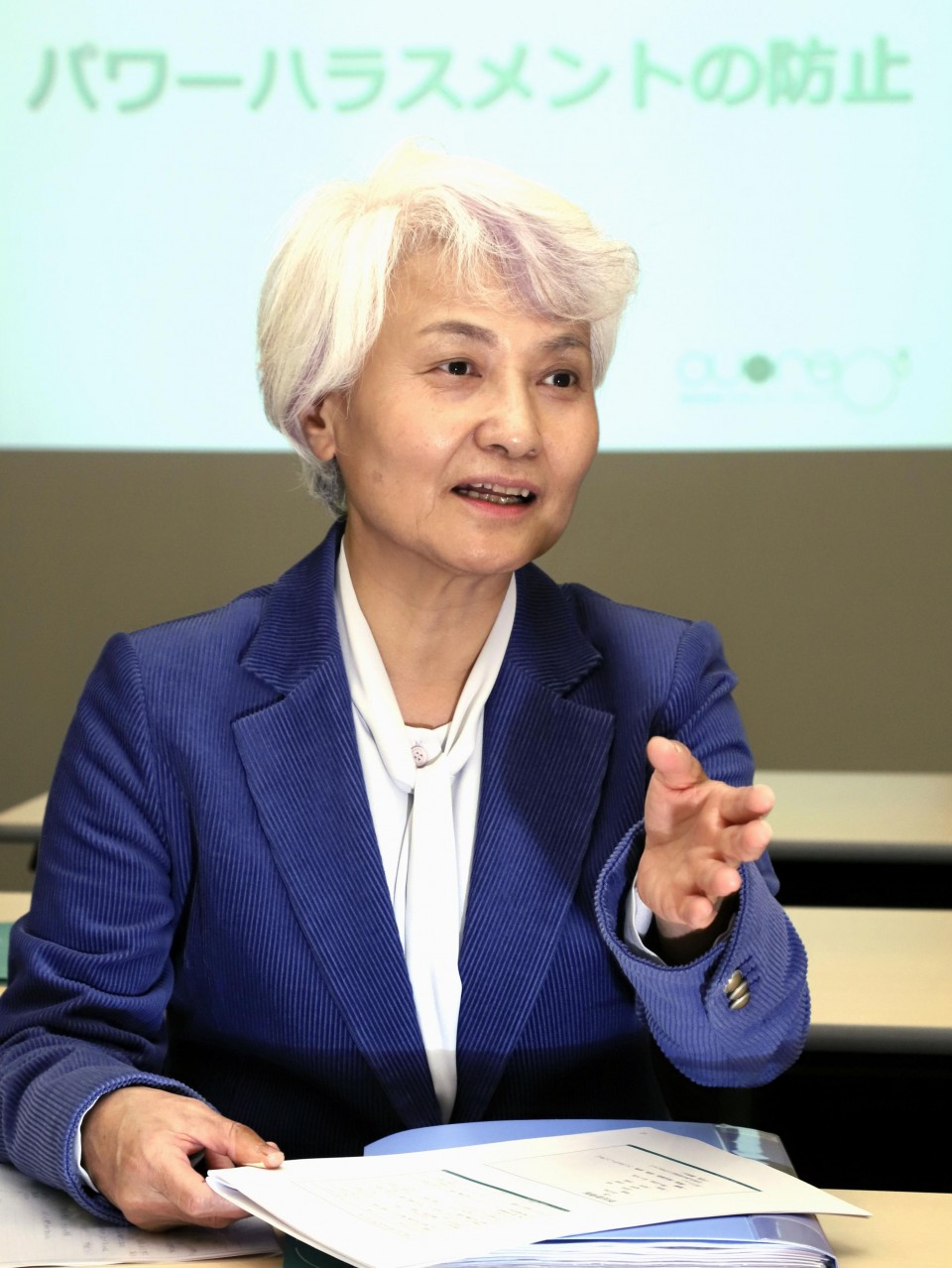 The company and its chairwoman Yasuko Okada, the woman credited with coining the term power harassment, started a "behavior therapy program" for its client companies in 2014.

Although not a uniquely Japanese phenomenon, the concept of power harassment has become a hot topic in Japan as workplaces have inched toward having a more democratic and modern culture. Behavior once admired is now widely seen as predatory and unpalatable.

Okada says her firm received requests from clients who wanted the behavior of competent, if abusive, employees rectified so they can get them back to work.

"If the thinking, speech and behavior of influential, strong people changes within a company it is rare to see new cases of abuse occurring," Okada says.

Each trainee is assigned two instructors for anti-power harassment training, which is conducted three times over about six months.

It starts with the boss airing grievances about being labeled abusive. They are encouraged to take note of their own stress as well as mental and physical fatigue -- often the result of the pressure of long work hours and high expectations.

On top of this, instructors offer support by asking the trainee to consider how to change their problematic behavior and way of addressing junior employees.

So far, about 60 men and women have enrolled in the course. Many are in managerial positions from a variety of industries and range in age from their 40s to 50s.

Some of the trainees are shocked at their own hostile behavior.

"I cringed to see my own grim expression," said one participant after watching a video of themselves giving instructions to subordinates in a role-play scenario.

Others said they felt relieved after realizing they had "insisted on being a perfectionist," or after gaining perspective about their own behavior. Company superiors are asked to evaluate trainees for their efforts.

After the program is completed, some companies will conduct similar training to prevent further power harassment in the workplace, including opportunities for the abuser and coworkers to debate the best ways of improving workplace conduct.

With workers who witness power harassment on the job also complaining of the harm it causes, it is not simply an issue involving the abused and their abuser.

Of 253,000 inquiries made to labor departments nationwide in fiscal 2017, 72,000 involved bullying and harassment -- the top-ranked issue for the sixth consecutive year.

An expert review committee from the Ministry of Health, Labor and Welfare suggested a definition of power harassment in the year through March 2018, but no conclusion was reached on mandatory preventive measures.

Such discussions about whether to enforce preventive measures are likely to be held by the labor policy council in the near future.

Anti-power harassment seminars, which got underway this year in July, have been conducted annually by the labor ministry throughout all prefectures since fiscal 2013. Eight cities will also begin courses to train experts in power harassment prevention from September.

"There will be concrete preventive measures introduced, so we would like many companies to actively participate," said a person in charge of the seminars.