Anime Expo 2018 got off to a great start with long lines of eager fans filing into the downtown Los Angeles Convention Center earlier in July to fill the event space corner-to-corner with colorful, and typically dedicated, cosplay. 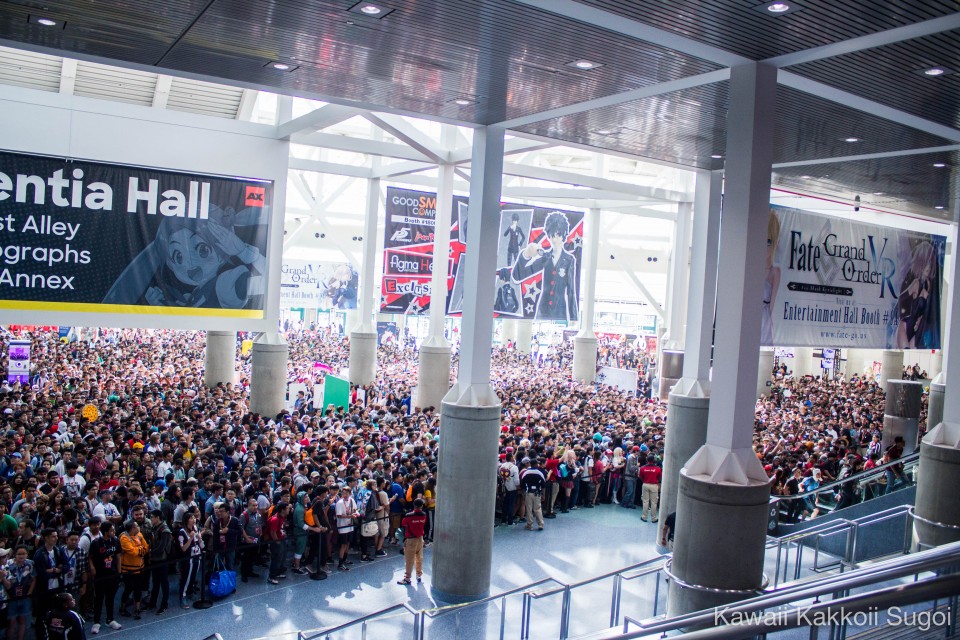 Day One saw the expo’s Exhibit Hall open early on July 4 to the accompaniment of a taiko drum ceremony prompting a rush among the day’s early attendees to buy their favorite anime merchandise with the exhibit offering it all, from figures to adorable plushies.

At the Artist Alley, a fan favourite of the event, attendees could buy art inspired by their favorite fandoms as well as original pieces made by the myriad of artists who had traveled from near and far to attend the annual anime extravaganza.

Aside from the trade in art, the alley also provided an opportunity for creators to communicate with social media followers, something which they appeared to have great time doing as they sold the art they had so passionately made.

Of all the things Anime Expo has to offer, Artist Alley reigns as a personal favorite for this visitor due to its unique and colorful characteristics, from the people to the art. 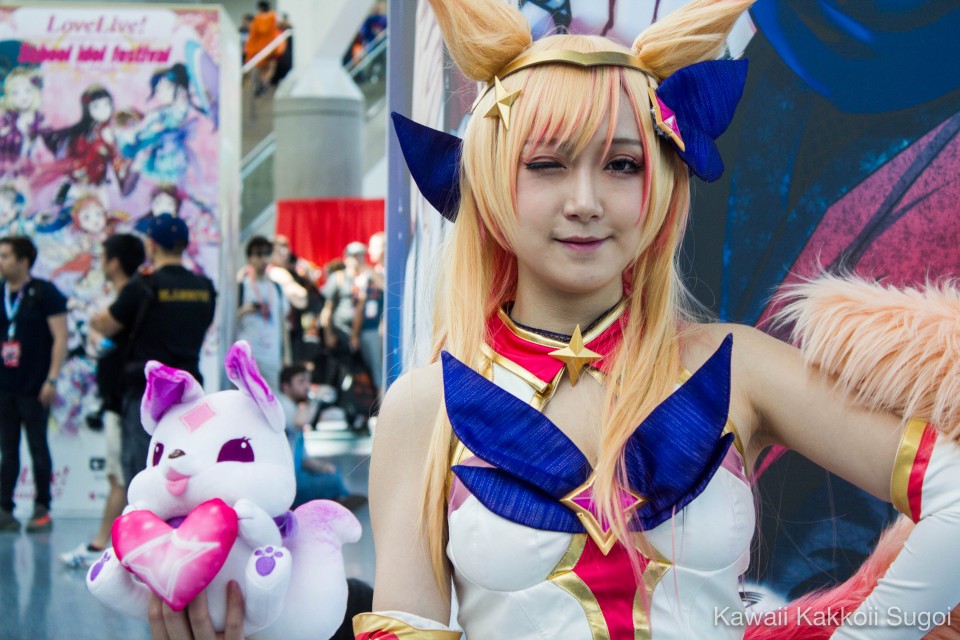 Cosplay culture at Anime Expo is among the strongest of all the anime and comic book conventions and a host of cosplayers at Anime Expo 2018 displayed, again, a trademark dedication to their craft this year through their intricate, detailed costumes that they flaunted for photographers in the lower lobby of convention center’s South Hall.

The showcase of these colorful costumes drew crowds of spectators and fans alike to the characters they enjoy from their favorite anime series, video games and more.

Cosplay gatherings have become a major part of Anime Expo’s cosplay culture.  Visitors can expect a group of 50 - 200 people, depending on the fandom, at any one of these fan-organized events which serve as a great opportunity for fans to meet others from their respective fandoms, and those with a shared interest in cosplay. 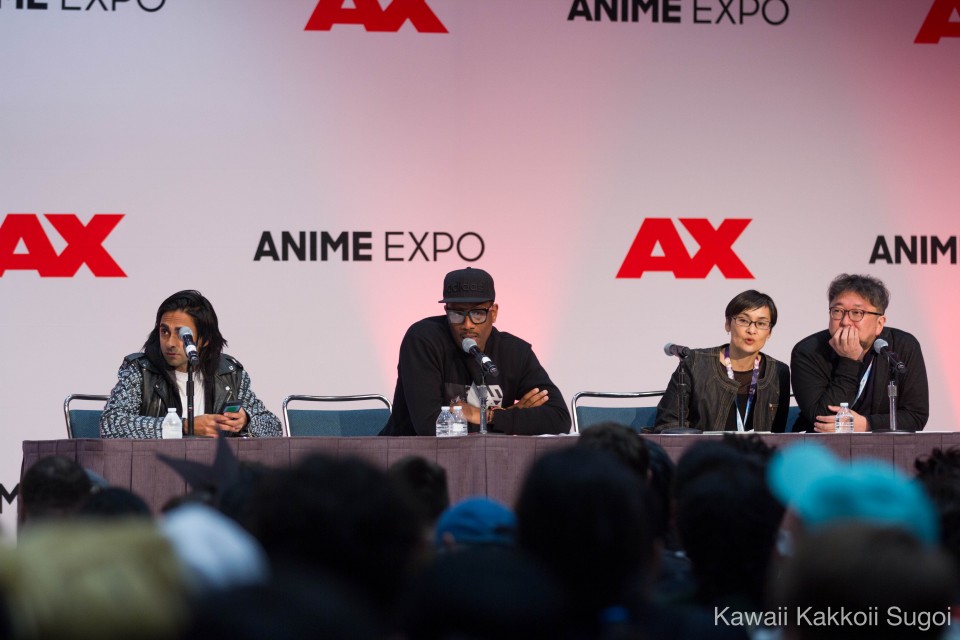 Before Day One of Anime Expo 2018 came to a close, attendance at the ‘Netflix <3 Anime’ panel saw the streaming service give sneak peeks of upcoming anime with fans most excited to hear that Castlevania‘s Season 2 premiere will be released on October 26, 2018 exclusively on Netflix.

Series co-showrunner, Adi Shankar, was ecstatic to hear fans' excitement for the return of the beloved video game adaptation.

“It’s a show created by fans, for fans!” he exclaimed.

Shankar went on to talk about how anime culture has become much more accepting saying that “anime is a connecting factor in our society; we get to spread the values of the (Japanese) culture through it.”

Coming straight from work on his upcoming anime series, Cannon Busters, in Japan, LeSean Thomas was greeted by roars from the crowd.  Thomas, who is best known for his work on the Cartoon Network series The Boondocks and Black Dynamite, was heavily influenced by Japanese anime which he believed “was different; the characters had depth and consequence to their actions.”

This style of anime has also influenced Thomas’ art style, the dynamic staging making it seem as if a comic book had come to life.

When asked about what inspired him to make his upcoming Netflix series, Cannon Busters,  Thomas responded that it was a nice, new pace because of its uniqueness. It was also a break from the heaviness of the content he was used to producing. 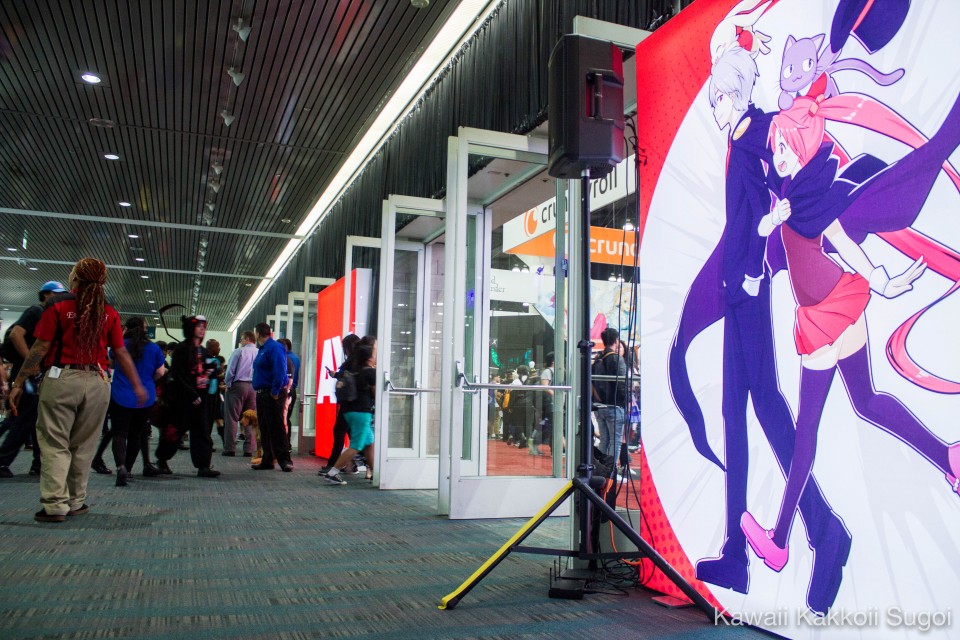