The Diet on Wednesday enacted legislation to ban smoking inside buildings, but relaxed requirements for exemptions have led critics to doubt its effectiveness.

The revised Health Promotion Law will be fully enforced in April 2020, ahead of the Tokyo Olympics and Paralympics starting in July of that year. Japan is rated poorly for its tobacco control policies by the World Health Organization.

The revision bill cleared the House of Councillors, backed by ruling party and some opposition lawmakers, following its passage in the House of Representatives last month.

The law will first ban indoor smoking in schools, hospitals and public institutions around summer 2019. From April 2020, smoking will be prohibited in principle in restaurants, bars, offices and hotels other than guestrooms, but they will be allowed to designate special rooms for exclusive use by smokers in which no food or drink is served.

Existing eateries and bars with capital of up to 50 million yen ($443,000) and customer seating areas of up to 100 square meters will be exempted from the ban and will not be required to have separate smoking areas if they display "smoking allowed" signs at their entrances. 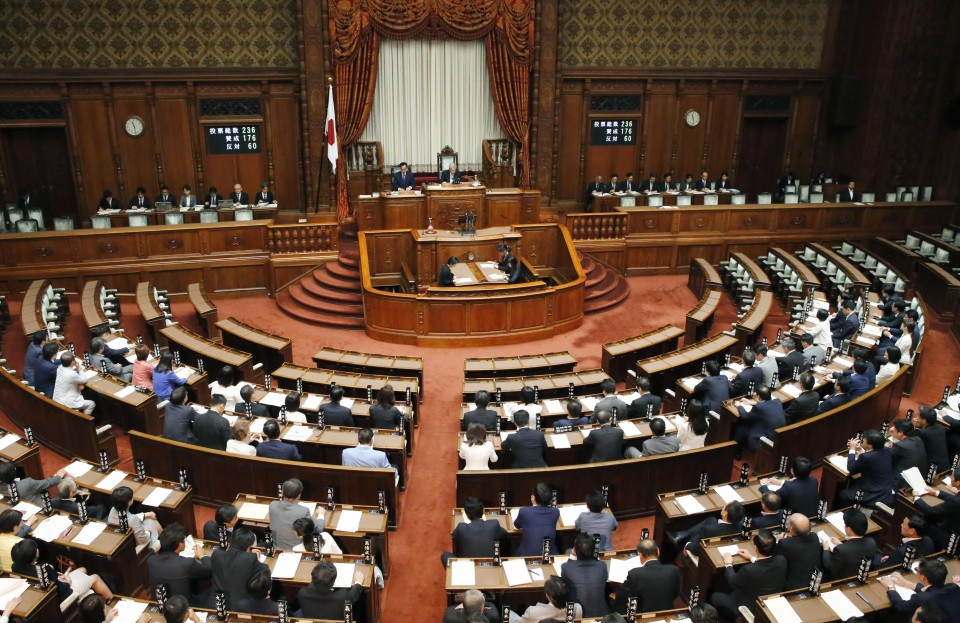 People aged under 20 will not be allowed to enter such establishments as employees or guests.

The law also restricts the use of heat-not-burn tobacco products by requiring restaurants and bars to set up special smoking rooms for those tobacco products if they want to allow customers to smoke while they dine.

The law has sparked controversy as the government significantly relaxed requirements for exemptions from indoor smoking restrictions in eateries and bars amid opposition from the ruling Liberal Democratic Party, whose members have strong ties to the tobacco and restaurant industries.

Critics claim the exceptions allow smoking at 55 percent of the eateries and bars in the country.

The Tokyo metropolitan assembly has already passed an ordinance for a stricter smoking ban than the national legislation. Under the ordinance, which will also fully take effect in April 2020, smoking will be outlawed in all bars and restaurants with employees, regardless of size, thereby applying to 84 percent of the total in Tokyo.