Toyota Motor Corp. said Monday it will introduce its e-Palette autonomous electric vehicles to transport athletes at the 2020 Tokyo Olympics and Paralympics, showcasing its latest self-driving and zero-emission technology at the sports event.

The box-shaped, battery-powered vehicle with no driver seat, first unveiled in January as future transportation for use in a broad range of services such as ride hailing and package delivery, will operate in the athletes' village, the company said.

As Japan's largest automaker by volume is accelerating the development of green and safer vehicles, it will provide a fleet of over 3,000 passenger vehicles for official use in the Games, including the e-Palette, the world's first mass-produced fuel-cell car Mirai and the Sora fuel-cell bus models.

Fuel-cell vehicles are powered by electricity generation through a chemical reaction of hydrogen and oxygen, a green system that Toyota has long been focusing on as a promising future technology.

The company also plans to offer connected cars with its hybrids, plug-in hybrids and other electrified vehicles. They will be equipped with wireless devices to give and collect vehicles' data and analyze the data to provide smooth transportation. 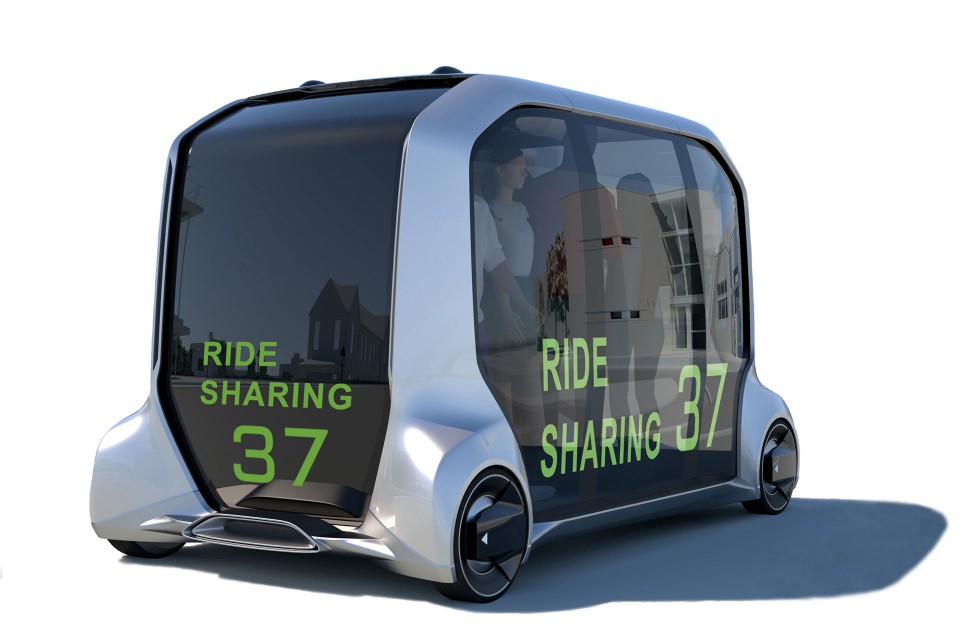 During the event, the carmaker will also demonstrate its Concept-i vehicle, which converses and recognizes driver's emotions and preferences using artificial intelligence technology.

Toyota, like its global rivals, is speeding up the development of advanced power train and automated technologies amid intensifying competition.

"If someone wants to take on a challenge and moving is what is preventing them from doing so, Toyota would like to help tackle that problem. We want mobility to be a possibility, not an obstacle," Toyota President Akio Toyoda said in a release, referring to elderly and physically disabled people.