Japan Princess Mako's fiance to study in U.S. from summer

According to the announcement, Komuro will enter the law school's one-year program for an advanced law certification on a full scholarship and hopes to continue for two more years to receive a degree required to practice law in the United States.

Japan's Imperial Household Agency announced the couple's planned engagement last September, but said in February the couple's scheduled wedding in the fall will be postponed until 2020, due to "lack of preparation." 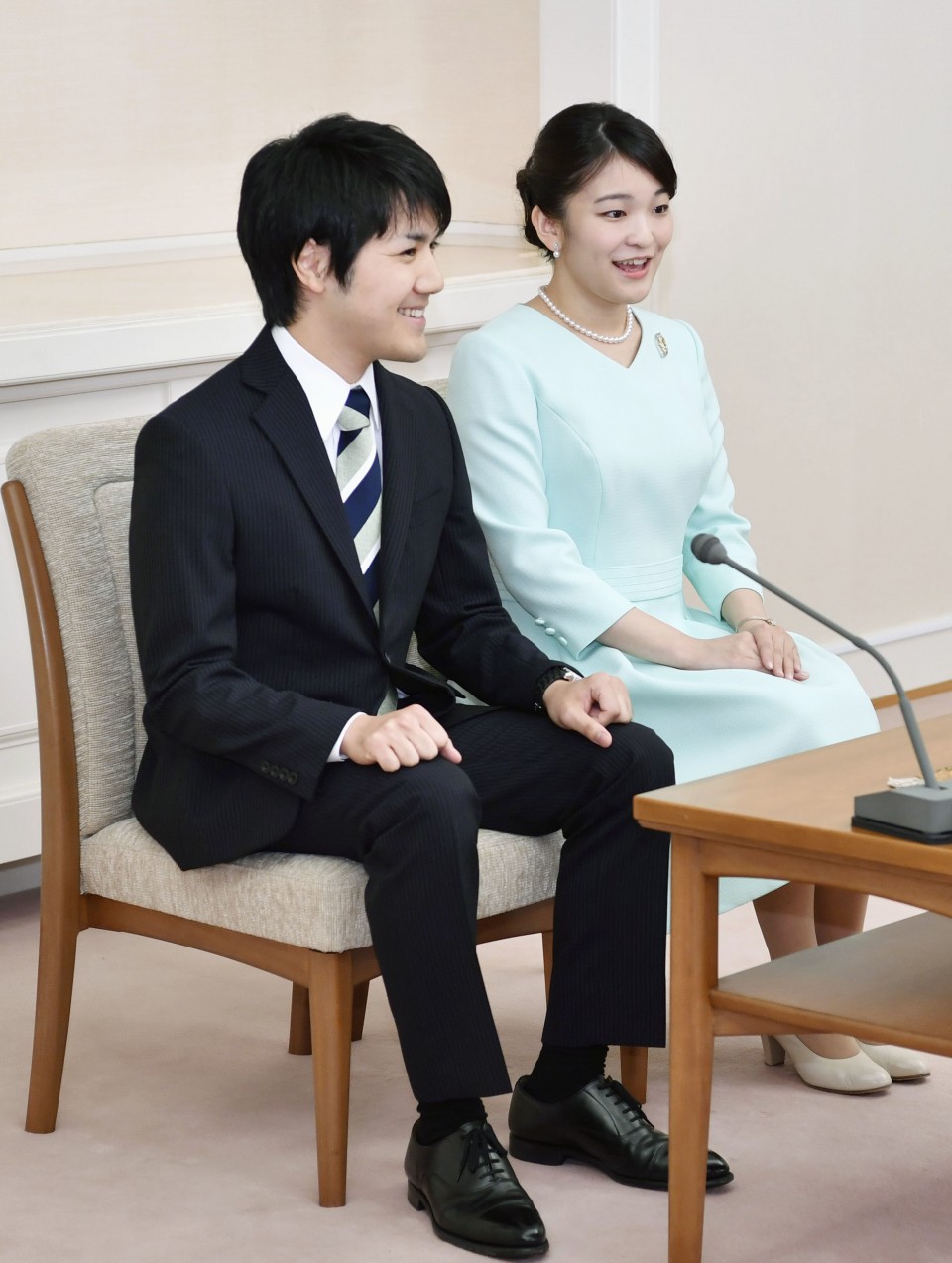 (Japanese Princess Mako (R) and Komuro attend a news conference in Tokyo's Motoakasaka district on Sept. 3, 2017, after the announcement of their engagement)

It is rare that an imperial marriage is put off for such a reason. Weekly magazines have reported a financial dispute involving Komuro's mother, but the agency denied any link between the postponement and alleged money trouble.

Komuro, who currently works as a paralegal at a law firm in Tokyo, was the princess' longtime boyfriend after the two first met at a 2012 gathering for those planning to study abroad. At the time, both were students at International Christian University in Tokyo.

While working at the Tokyo law firm, Komuro attended Hitotsubashi University's graduate school at night to study business law. He graduated from the school this spring, sources close to the matter said earlier.