Japan Rugby 2019 announced Monday that it has received over 38,000 applications for the volunteer program for next year's Rugby World Cup.

"Over 38,000 people across Japan applied for the 10,000 available volunteer positions, with each of the 12 host cities exceeding their targeted number of applications," the local organizing committee said in a press release.

"This represents a record as the largest number of volunteer applications and the largest volunteer workforce for any Rugby World Cup." 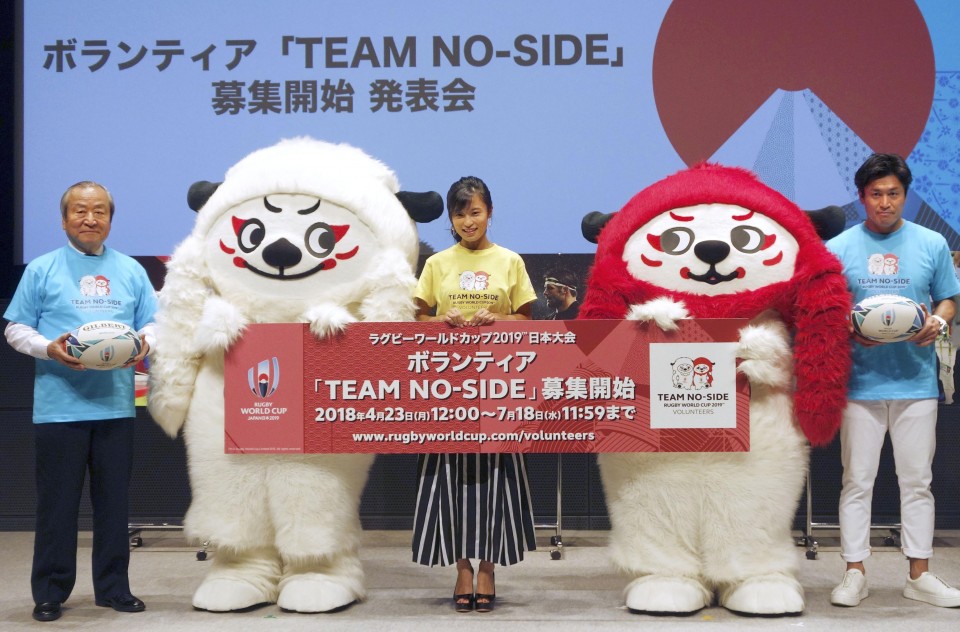 "We are absolutely delighted with the incredible response to our Volunteer Program 'Team No-Side,'" said Akira Shimazu, president and CEO of the Rugby World Cup 2019 Organizing Committee.

"Having received nearly four times the number of applications compared to the number of positions available is a fantastic achievement."

World Rugby Chairman Bill Beaumont said: "Volunteers are the beating heart of Rugby World Cup and this incredible demand to be a Japan 2019 volunteer from people the length and breadth of the nation demonstrates the passion not just to be a part of the tournament, but to proudly showcase the very best of Japanese culture and hospitality."

"This demand, coupled with significant ticketing demand reinforces our belief that Rugby World Cup 2019 will be a very special event on and off the field."

Kyodo News has learned that more tickets will become available for some oversubscribed games when the General Ticket Sales Ballot begins on Sept. 19.

That ballot will remain open until Nov. 12 with the successful applicants notified on Nov. 26.

The final round of sales, in which tickets are distributed on a first-come-first-served basis, starts on Jan. 19.