More than 22,000 people were taken to hospitals due to the heat wave across Japan last week and 65 of them died, both record-high figures since comparable information became available in 2008, preliminary government data showed Tuesday.

The fatalities were recorded in 28 of the 47 prefectures in a seven-day period through Sunday as most of the Japanese archipelago experienced unusually high temperatures, according to the Fire and Disaster Management Agency.

On Tuesday, the mercury climbed across the nation, hitting 39.3 C in Mino, Gifu Prefecture, while at least two people died in Kagawa and Kochi prefectures after showing symptoms of heatstroke.. 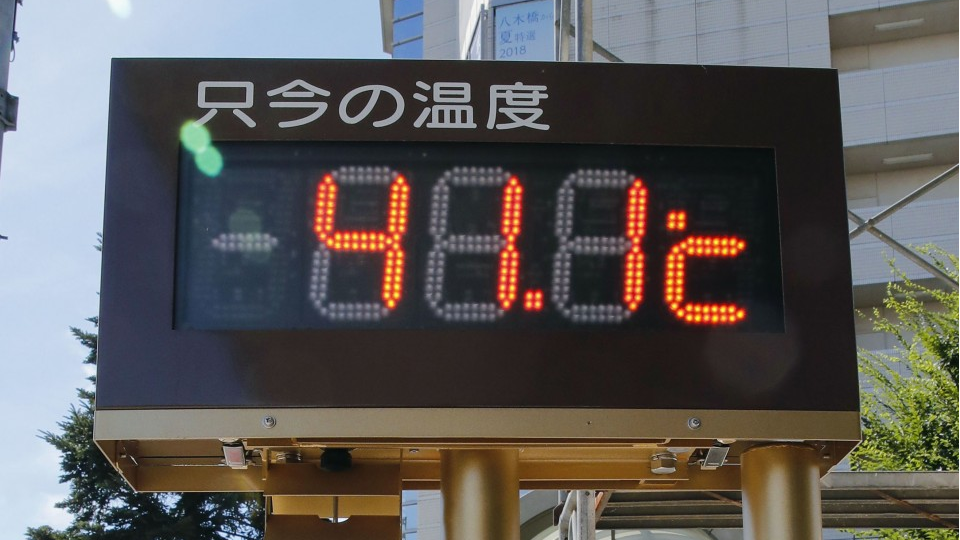 The Japan Meteorological Agency warned that high temperatures are expected to continue Wednesday in western Japan and elsewhere, calling for taking preventive measures against heat-related illnesses by replenishing water and salt, and staying cool indoors.

Chief Cabinet Secretary Yoshihide Suga told reporters Tuesday that the government will support the installation of air conditioners in schools to make sure they will be well-prepared for heat by next summer.

According to the education ministry, nearly 60 percent of 820,000 classrooms in the country's public elementary and junior high schools were without air conditioning as of April last year.

Of those, 685 were to be hospitalized for at least three weeks and 7,313 others for shorter periods of time.

Among the three prefectures hardest hit by the recent rain disaster in western Japan, 576 people were taken to hospitals in Hiroshima, 573 in Okayama and 247 in Ehime.

During the two-week period through July 22, 77 people died and over 30,000 were taken to hospitals across the country, according to the disaster management agency and Kyodo News tally.