Rescuers battled on Tuesday to find dozens of people still missing after torrential rains devastated parts of western Japan, with flooding and landslides leaving more than 150 dead so far.

Search efforts continued in hardest-hit Hiroshima and Okayama as well as other prefectures, with dozens of people still unaccounted for more than 72 hours after the disaster, considered a crucial period following which the chance of finding trapped victims alive significantly declines.

A total of 156 people were confirmed dead in 12 prefectures and around 60 remained unaccounted for in seven prefectures. 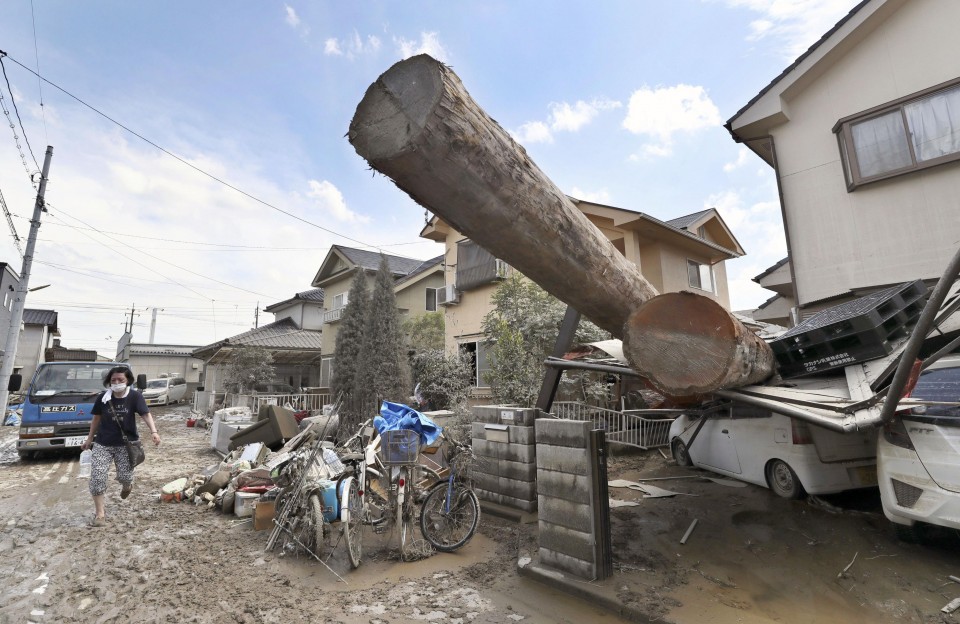 According to the Fire and Disaster Management Agency, more than 10,000 people in 15 prefectures had evacuated to shelters as of 1 p.m. Tuesday.

The downpours triggered mudslides and left homes flooded in a wide area, mainly from Friday afternoon to early Saturday, with the number of deaths due to heavy rain topping 100 for the first time in the country since July 1983.

Rescuers stepped up search efforts in Okayama and Hiroshima prefectures, where more than 100 people had died and multiple people were missing.

About 1,000 rescuers looked for people cut off in their homes and searched in flooded areas of the city of Kurashiki, Okayama Prefecture.

In the Mabi district of Kurashiki, one of the hardest hit areas, the city government issued an evacuation order for residents in parts of the district just minutes before the first riverbank collapse occurred.

The Ministry of Land, Infrastructure, Transport and Tourism has confirmed riverbank collapses at three locations in the area. 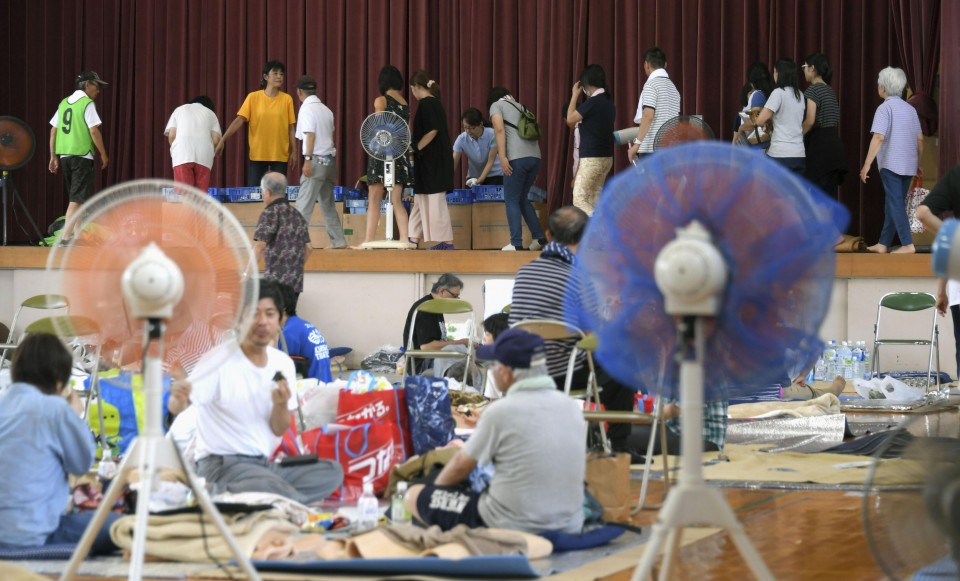 (People pick up breakfast distributed at an elementary school in Kurashiki)

A fresh evacuation order was issued Tuesday for residents in the town of Fuchu in Hiroshima Prefecture after the Enoki River running through the town overflowed earlier in the day after driftwood blocked its flow.

Koji Tsunomori, 54, lost his 44-year-old wife Nana, whom he married around three weeks ago, in a mudslide in the town of Kumano in Hiroshima. His two step sons, aged 13 and 2, and the wife's 71-year-old mother were still missing.

"Why didn't I tell her to evacuate?" he said, regretting that he told his wife not to worry about the intensifying rain when he last contacted her via online messaging app Line on Friday night.

He found a stuffed toy he gave to the younger son near the destroyed wooden home and is hoping to find the remaining members of his family, as rescuers continued to dig out the area.

Evacuees are being dealt another blow amid scorching heat in the country, with many unable to take showers or obtain medication.

Kiyohiro Horibe, 68, one of around 40 people taking shelter at a public health center in the city of Higashihiroshima, said he had been staying there for four days with the prospect of returning home uncertain amid the risk of further landslides.

"My lower back is aching" from sleeping on a mat, he said, adding, "I do not want to continue this kind of life."

During a meeting of the government's crisis response unit in Tokyo on Tuesday, Prime Minister Shinzo Abe pledged to swiftly provide emergency relief by using reserve funds without waiting for requests from local governments.

"We will assess the needs of victims and push for quick reconstruction," Abe said.

To address food and water shortages in disaster-hit areas, Abe said trucks taking supplies to convenience stores and other retailers will be treated as emergency vehicles.

Abe will visit Okayama Prefecture on Wednesday to inspect the damage and assess evacuees' needs, his first trip to one of the affected areas.

Chief Cabinet Secretary Yoshihide Suga told a press conference that the government is expected to use reserve funds of about 2 billion yen ($18 million) on relief.

Although the government is yet to fully grasp the extent of the damage, over 18,000 homes were flooded in 31 prefectures as of Tuesday afternoon, according to the disaster management agency.

The figures are expected to substantially increase as municipal authorities have yet to finish assessing the scale of the damage. 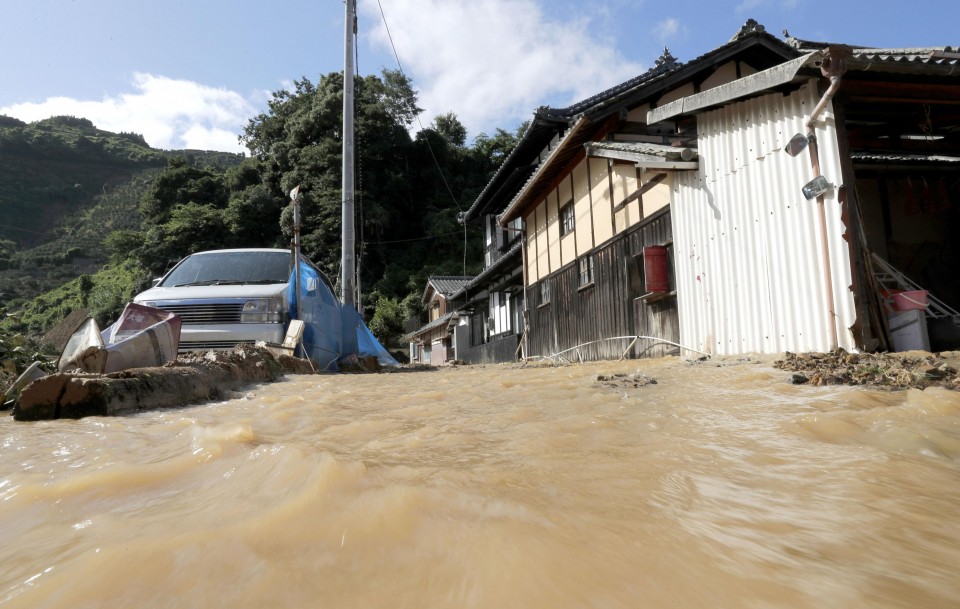 Water supplies were still cut off for around 255,000 homes in 12 prefectures in western Japan as of noon Tuesday, according to the health ministry.

The downpours continued to hit businesses although some companies have begun resuming operations. Mitsubishi Motors Corp., which resumed operations at its Mizushima plant in Kurashiki on Monday, again halted production as workers' families were affected by the disaster.

A Toyota Motor Corp. subsidiary in southwestern Japan said it will partially suspend nighttime operations at one of its plants manufacturing high-end Lexus models as transportation has been disrupted by the rain.

But Daihatsu Motor Co., a minivehicle-making unit of Toyota, restarted operations at all of its plants on Tuesday, including those in Kyoto and Osaka prefectures, although it said it could shut them again depending on parts procurement.