World-renowned conductor Seiji Ozawa made a comeback Saturday after undergoing surgery for heart valve disease, pleasing his fans who have not seen him conducting for about nine months. 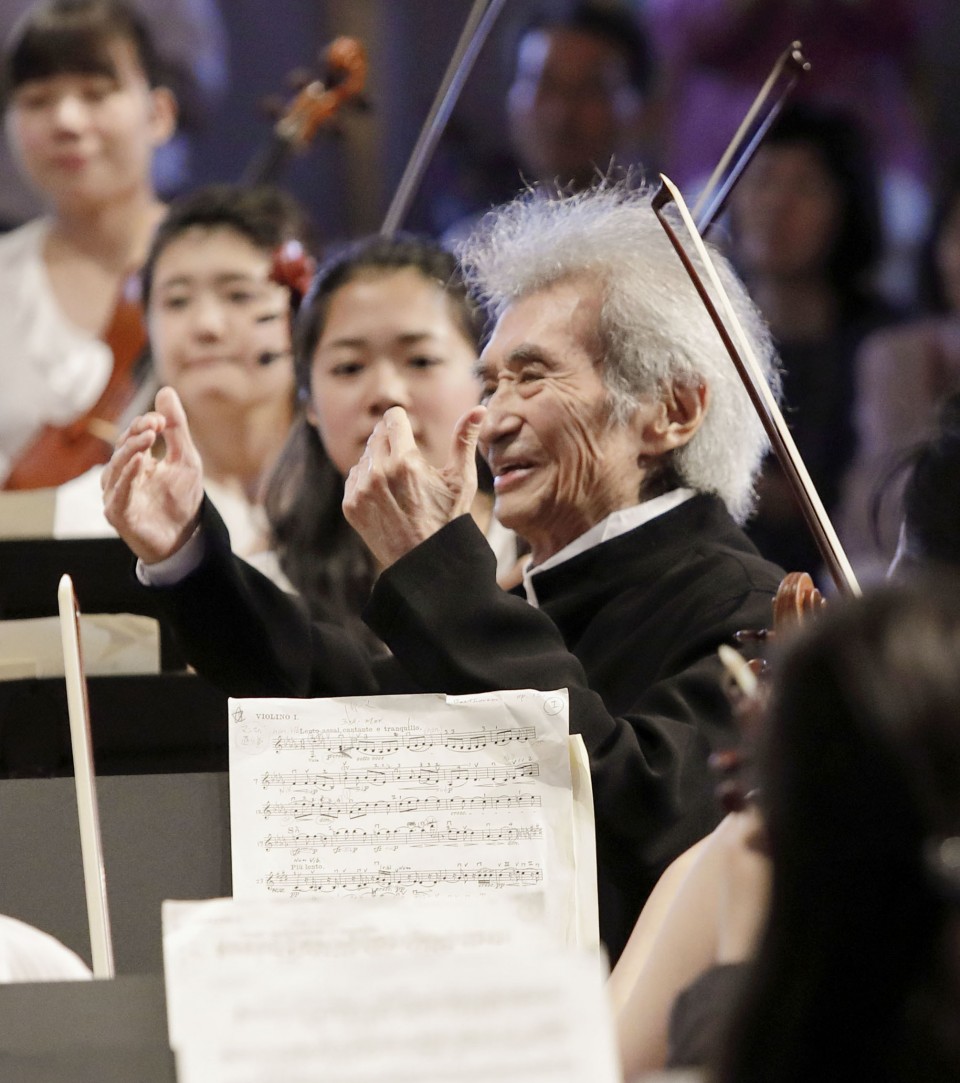 The 82-year-old returned to conducting at a concert in Nagano Prefecture, central Japan, by students of the Ozawa International Chamber Music Academy. His conducting was unannounced, providing a pleasant surprise to the audience of about 300 people.

Ozawa directed the third movement of Beethoven's String Quartet No. 16 in F Major. He sat in a chair prepared on the stage but sometimes stood up during important parts of the performance.

"I was worried about his health, so I was glad to see him looking fine," said Michiko Minami, a 67-year-old housewife from Nara Prefecture.

After conducting last October in Mito, Ibaraki Prefecture, Ozawa had been replaced in subsequent concerts amid health concerns. He underwent valve disease surgery in April.