Survivors and bereaved families of a fatal stabbing rampage at a care home for the mentally disabled near Tokyo marked the second anniversary of the tragedy on Thursday.

Care home officials and local citizens offered silent prayers at the site of the mass murder, in which a former care worker killed 19 facility residents and injured 26 others including two facility employees on July 26, 2016.

"Continuing to offer dedicated support to residents will help prevent (memories of) the incident from fading. We must never allow similar incidents to happen," said Kaoru Irikura, the 61-year-old head of the care home, Tsukui Yamayuri En, in Sagamihara, Kanagawa Prefecture.

The mourners gathered at about 8:30 a.m. in front of a flower stand decorated with paper cranes made by facility residents who are temporarily living at a different site due to reconstruction work at the care home that began in May. 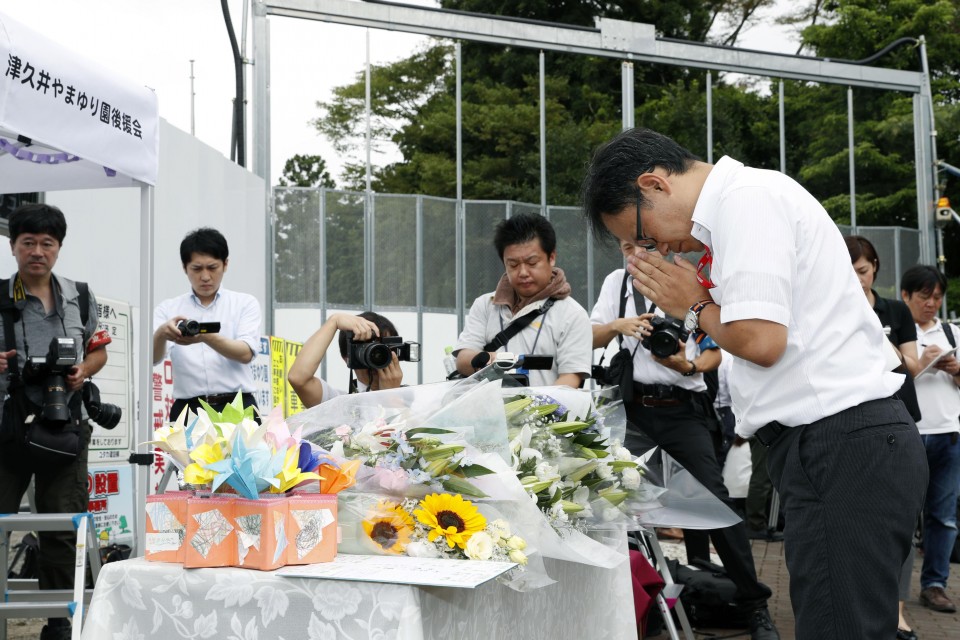 Satoshi Uematsu, 28, was indicted in February last year on six charges including murder but his trial is not expected to begin until next year.

In interviews with Kyodo News, Uematsu said he thought disabled people are "costly" and that he intended to kill them, believing they "should be eradicated from society."

While many survivors and their families have not revealed their names for fear of social prejudice against the disabled, Takashi Ono, 74, went public after his 45-year-old son was injured in the stabbing rampage.

Ono has actively called on people through numerous seminars to fight discrimination as he fears the murders will be forgotten if the real identities of the victims remain undisclosed. After the stabbings, police did not identify any of the victims by name.

Ono hopes that by speaking out he will generate more sympathy among the public. "Then we can realize a society in which all people can support each other," he said. 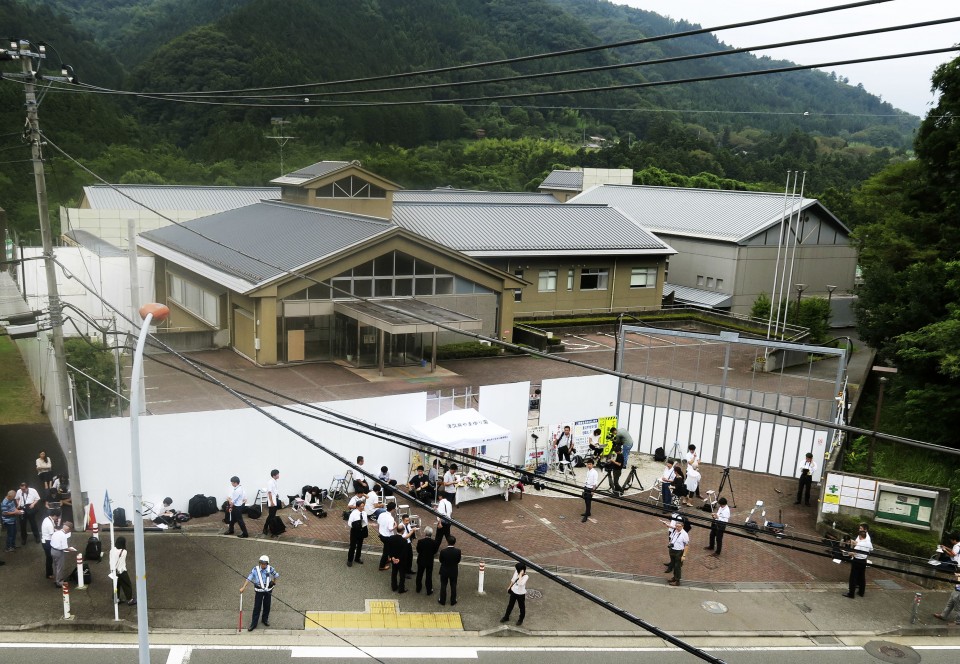 About 110 residents of the care home are currently living in a facility in Yokohama. Irikura said they have adjusted to the new environment more than a year after relocating there, though some of them still miss the people who died in the rampage.

"I feel everyone has worked hard to overcome this tragedy," she said, adding that the care home will continue to support families who will be following court proceedings.

According to the indictment, Uematsu broke into the care facility in the early hours of July 26, 2016 for the purpose of murdering residents, many of whom were unable to communicate due to their disabilities.

The Kanagawa prefectural government is set to dismantle the residential and other buildings of the facility by the end of March next year and will construct new care homes at the site and in other locations in Yokohama.