The executions of AUM Shinrikyo founder Shoko Asahara and six other former members of the cult Friday sparked mixed feelings among the victims' relatives, with some expressing regret that the truth behind their crimes will never be known.

"The thought that came to my mind was, 'The time has finally come,'" said Shizue Takahashi, whose husband Kazumasa was killed in the 1995 sarin gas attack on the Tokyo subway system while on duty as an assistant stationmaster.

"I wanted them to speak their minds so there could be lessons learnt to prevent such terrorism," Takahashi, 71, told a press conference. 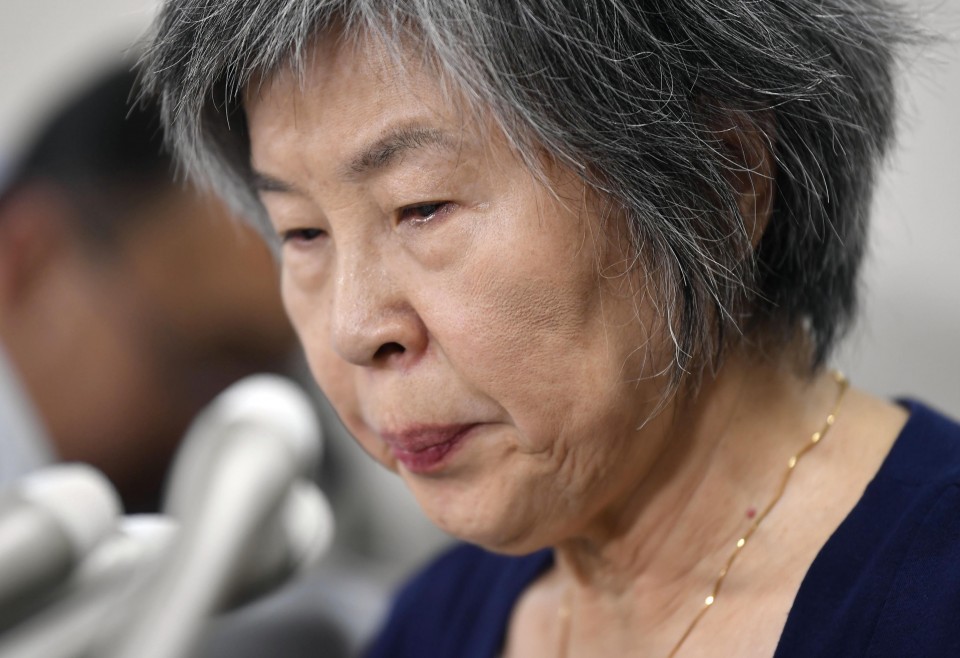 Fusae Kobayashi, 76, who lost her son Yutaka in a 1994 sarin gas attack in the central Japan city of Matsumoto, said, "I have always thought executions will be carried out so my immediate reaction was 'finally.'"

Kobayashi said she was surprised Asahara was among the first group of 13 death row inmates to be executed because she had expected his execution to come last.

The mother of lawyer Tsutsumi Sakamoto, killed in 1989 by the cult, expressed relief.

"It's been a long time since the tragedy. I want to tell Tsutsumi and his loved ones, 'It's finished, rest in peace,'" Sachiyo Sakamoto, 86, said in a statement issued through the law firm his son worked for.

Tsutsumi Sakamoto had been helping parents seeking to free their children of AUM's control. He was killed along with his wife and their 1-year-old son at their home in Yokohama.

Shuichi Kojima, a lawyer and Sakamoto's co-worker at the time, regretted that investigations did not focus on how AUM followers including highly educated youths had come to commit the heinous crimes.

"I wanted the authorities to get to the core of the case rather than to carry out the executions," Kojima said.

Minoru Kariya, 58, whose father Kiyoshi was abducted by the cult in 1995 and died, said, "He must be relieved."

"It's a pity that we were not able to close in on the truth" regarding the cult's crimes, said Yoshiyuki Kono, a victim of the attack in Matsumoto.

Kono was initially investigated as a culprit of the nerve gas attack in which eight people died. 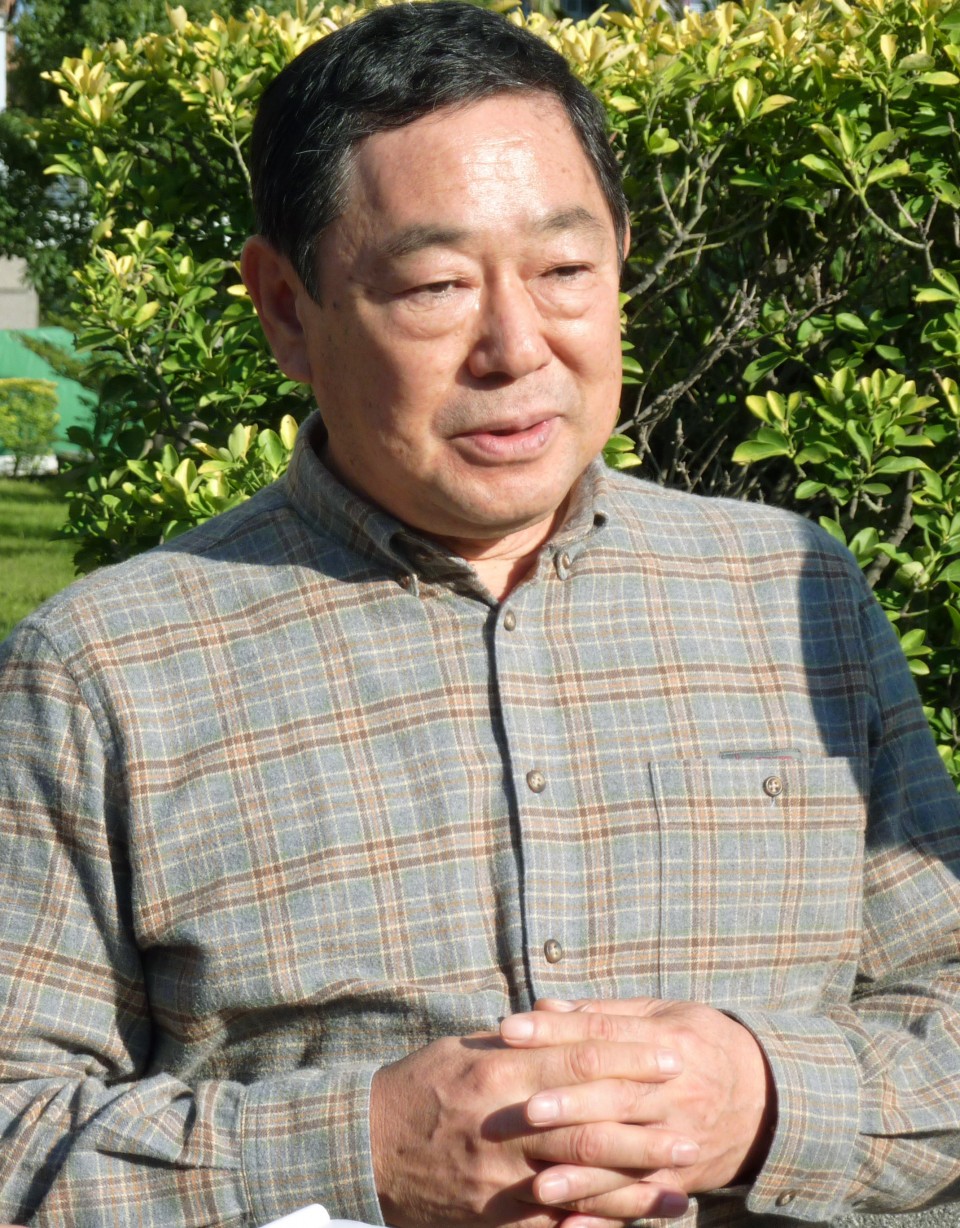 VS Forum, a Tokyo-based lawyers' group supporting crime victims, said in a statement it approved of the executions that were carried out in accordance with the law, describing pledges made by some inmates to reveal the truth and atone for their crimes as attempts to buy time.

Shunji Date, a lawyer for executed Yoshihiro Inoue, who filed for a retrial in March, said he would lodge a protest with the Justice Ministry.

Inoue's father said he did not know about his son's execution until he was interviewed by media Friday morning.

Inoue's parents went to see him frequently since he was transferred in March to the Osaka Detention House. The father said the mother is upset and unable to speak.

Joyu, 55, is a founder of the Hikarinowa, or the Circle of Rainbow, a splinter group from the cult's successor Aleph. "I want followers of Aleph to accept the (Asahara's) execution," he added. 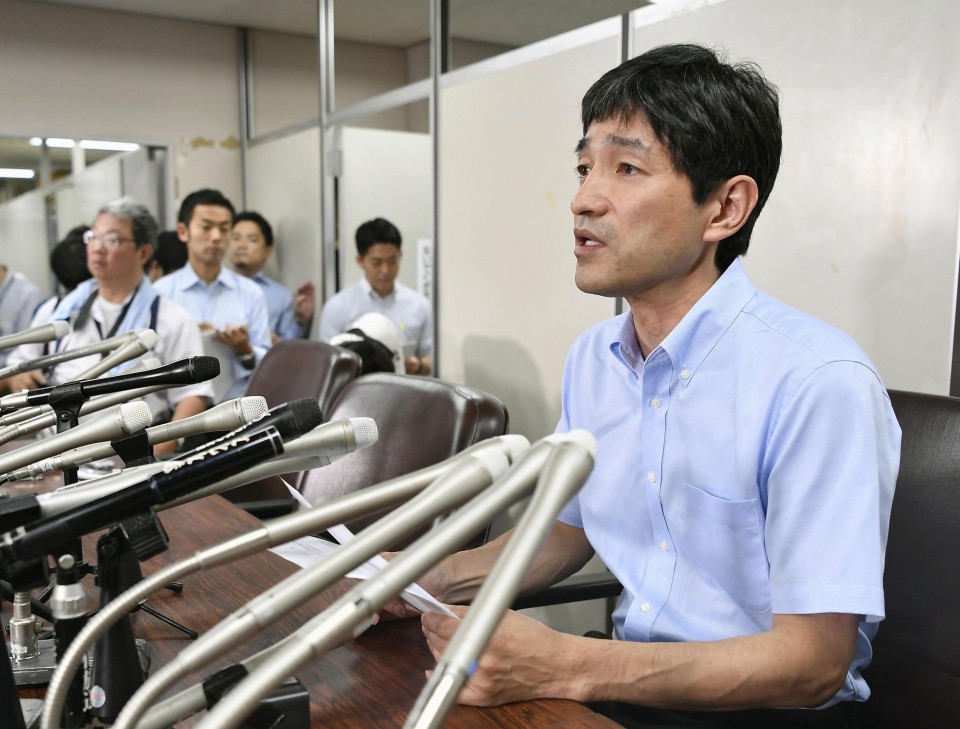 (Fumihiro Joyu, founder of the Hikarinowa and former AUM spokesman)