Foreign ministers from Iran and five world powers will meet in Vienna on Friday to try to salvage a 2015 nuclear deal now at risk after the United States pulled out and said it will impose fresh sanctions against Tehran, a diplomatic source involved in the talks said Tuesday.

Iranian Foreign Minister Javad Zarif and his counterparts from France, Germany, China, Russia and Britain are expected to discuss how the European Union could protect Tehran's interests through an economic package and guarantees, according to the source.

Iranian officials have said Iran is likely to withdraw from the deal if the European Union cannot compensate the economic loss Iran would face once the United State starts implementing fresh sanctions in August.

Under the deal struck between Iran and six major powers -- Britain, China, France, Germany, Russia and the United States -- in Vienna in 2015, Tehran agreed to curb its nuclear activities in exchange for the lifting of crippling economic sanctions.

On May 8, President Donald Trump withdrew the United States from the accord struck under his predecessor Barack Obama and pledged "the highest level of economic sanction" against Iran, calling it "the leading state sponsor of terror." 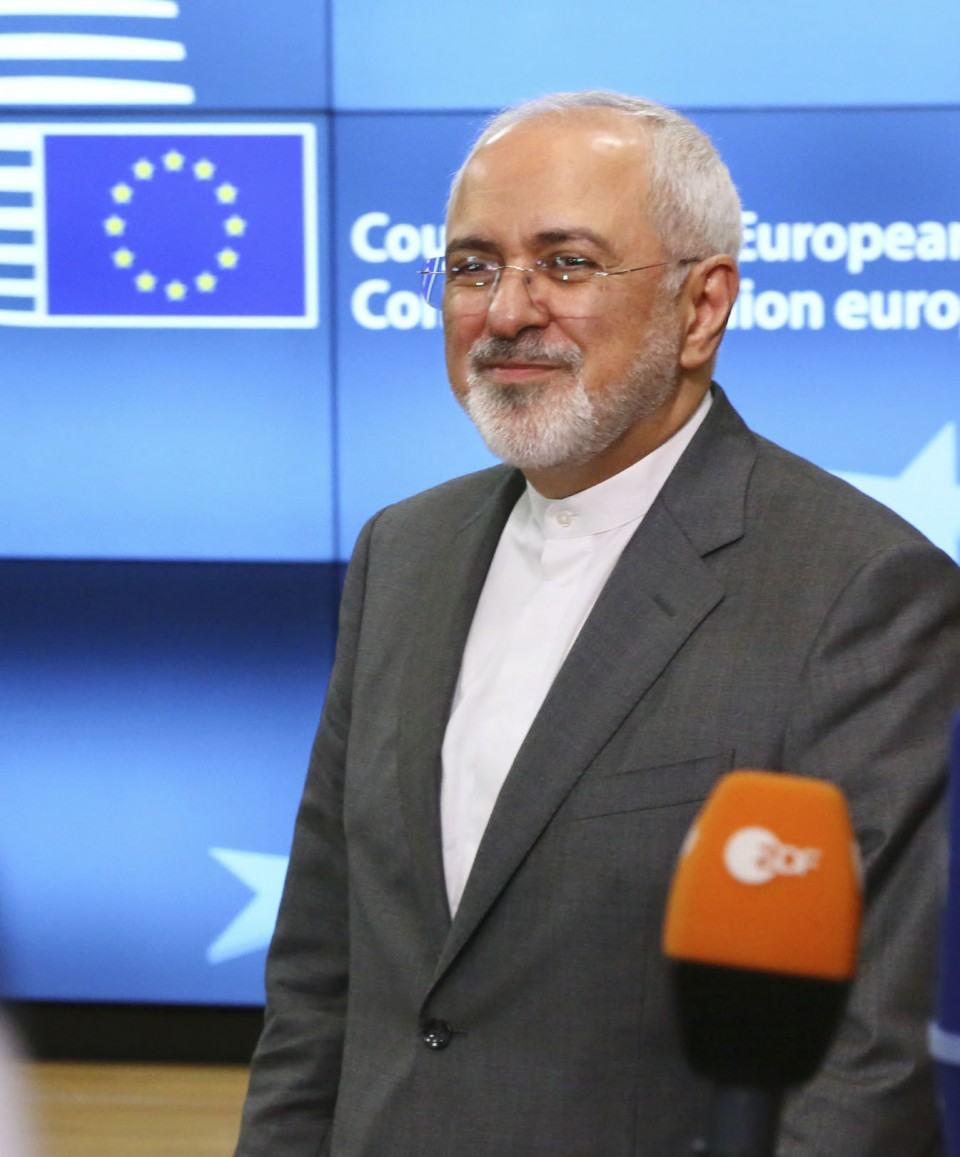 After the U.S. withdrawal, Iranian supreme leader Ayatollah Ali Khamenei said that if the European Union wants to save the deal, he is willing to give it a short window of opportunity so Iranian negotiators could gain "practical guarantees" from the European Union.

Iranian President Hassan Rouhani, before embarking on a trip to Switzerland and Austria, said in Tehran on Monday that the European Union has not yet supplied Iran with the economic package it is seeking to keep the nuclear deal alive despite the U.S. withdrawal.

"During this trip we will discuss with Europeans the EU's package and the future of JCPOA," Rouhani told reporters, using the English acronym for Iran's nuclear deal.

The Trump administration has urged Japan and other countries to suspend all oil imports from Iran by Nov. 4 as part of coordinated sanctions on the Islamic republic. It has also signaled that European countries that continue to do business with Iran could face sanctions.

But some countries such as China and Turkey have expressed unwillingness to go along. On Monday, a senior U.S. State Department official said the United States is "prepared to work with countries that are reducing their imports on a case-by-case basis."

Following the U.S. withdrawal, Iran has started boosting preparations for uranium enrichment by reopening a nuclear plant that was closed after Tehran inked the accord in 2015.