Hundreds of thousands of people affected by devastating floods and landslides in western Japan continued to struggle with water outages on Wednesday, while the death toll from the country's worst rain-related disaster in decades topped 170 with scores more still missing.

At least 254,084 homes are still without water in Hiroshima, Ehime and Okayama, the prefectures hit hardest by last week's torrential rains, with no prospects of supply being restored quickly, local authorities and the welfare ministry said.

Prime Minister Shinzo Abe, who inspected damage in Okayama on Wednesday, told reporters that the central government will financially support affected municipalities in rebuilding the lives of disaster victims.

About 1,100 homes in nine other prefectures, including Osaka, Yamaguchi and Tokushima, are also without water, fanning worries about the prolonged impact on local people. 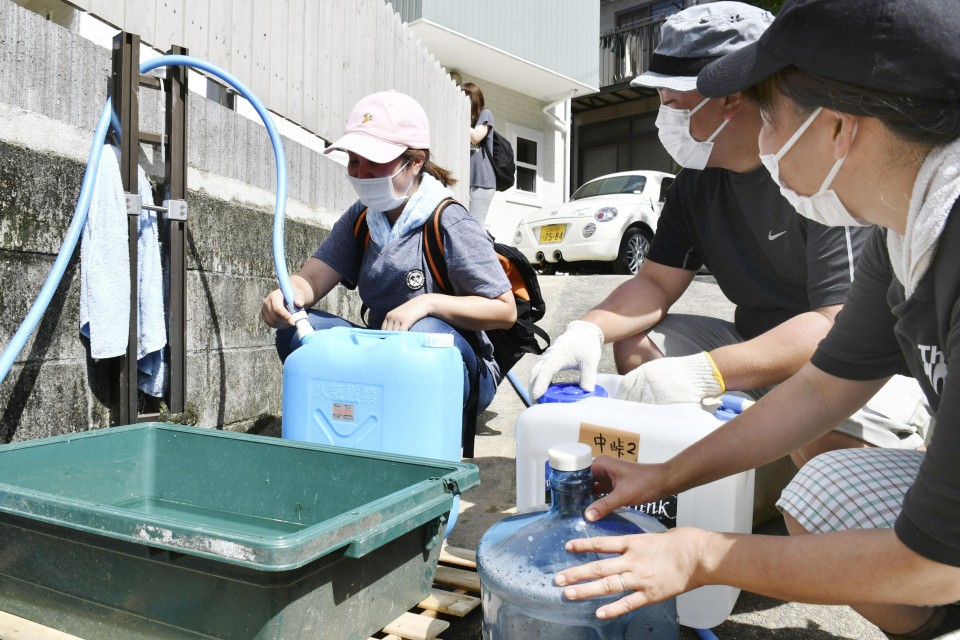 Many of those who managed to evacuate have relied on water supplied by local municipalities and the Self-Defense Forces.

Fourteen cities and towns in Hiroshima Prefecture have been affected by water cut-offs following a number of mudslides that ruptured water pipes and caused power outages at distribution reservoirs.

Roughly 800 homes, mostly in Hiroshima Prefecture, suffered power outages after power substations were flooded, while some people in the cities of Fukuyama and Higashihiroshima were instructed to evacuate as reservoirs were feared to burst.

In the city of Kure, where more than 10 people died, water was distributed at schools and other public facilities after a center managing the water supply was inundated with mud and sand. The suspension has affected around 93,000 homes, most of the city's residents.

Masakazu Furusho, 65, was one of many residents who came to a water distribution point at an elementary school in Kure.

"I have to go back and forth between my home and the school three times a day," he said, adding he wants to know when the water system will be restored.

In Ehime Prefecture, water supply facilities were destroyed in nine municipalities, affecting some hospitals, with local officials saying they are yet to fully grasp the extent of the damage.

Some municipalities in Okayama Prefecture, including Kurashiki and Takahashi, are still finding it difficult to supply drinkable water as purification plants were flooded.

Susumu Nakano, the head of the Research Center for Management of Disaster and Environment at Tokushima University, said water facilities are often located close to rivers and they are vulnerable to floods.

"Compared to earthquakes, there are not enough measures," he said. "It is necessary to make efforts on the assumption that there will be flooding." 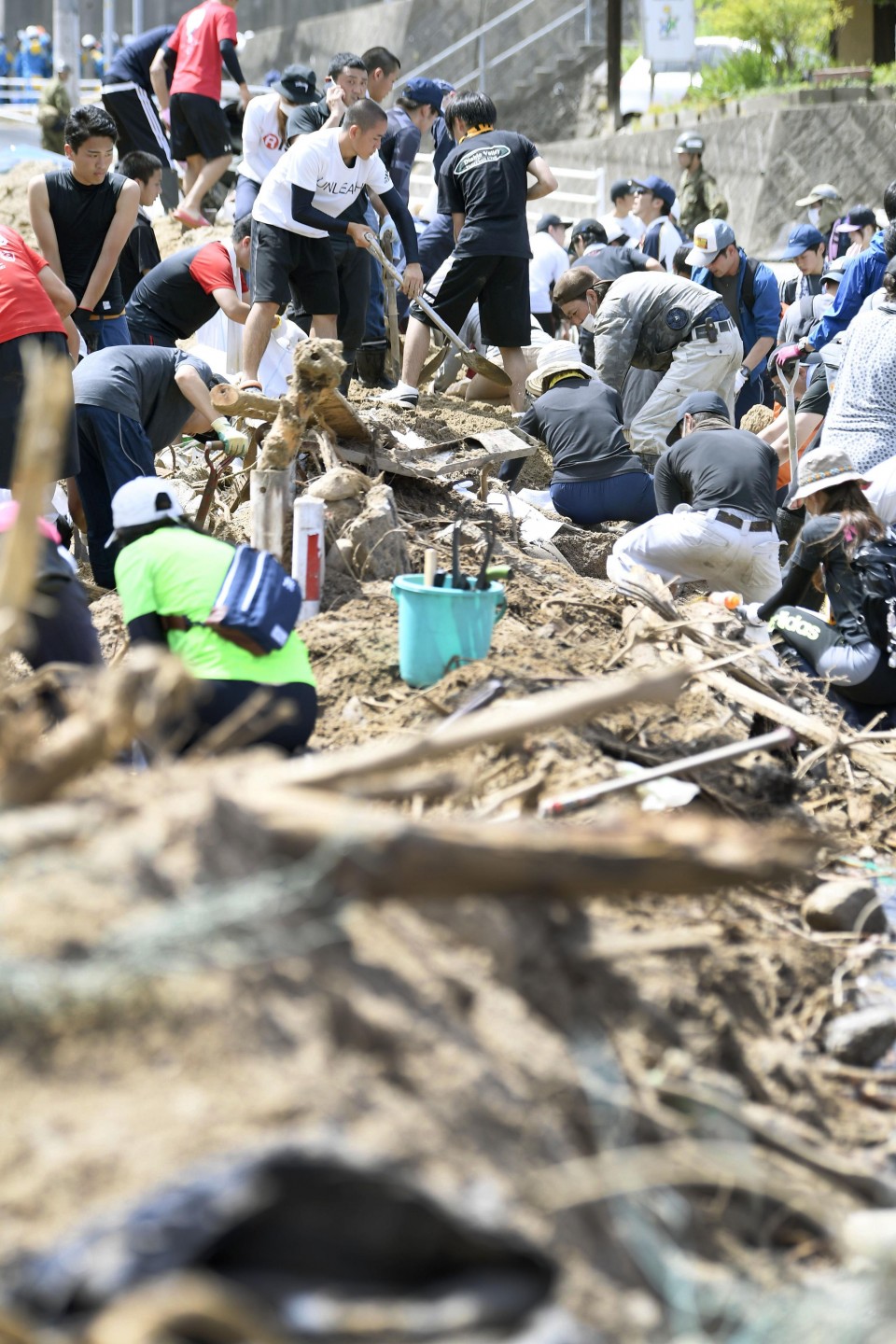 Some areas began accepting volunteers for cleanup from the morning, and long lines of people were formed before registration counters.

In Kurashiki, Okayama Prefecture, airborne dust from all the dried mud prompted a local volunteer center to restrict volunteers' activities to two hours and canceled work in the afternoon.

While there are calls for help in removing furniture and tatami mats from homes in the areas where many elderly people live, the group said it needs to prepare to accept more people and will limit until Friday volunteers to residents of the same city.