A number of local and shinkansen bullet trains were suspended in the Kansai region following the quake, which occurred at 7:58 a.m., leaving three people dead and dozens injured. 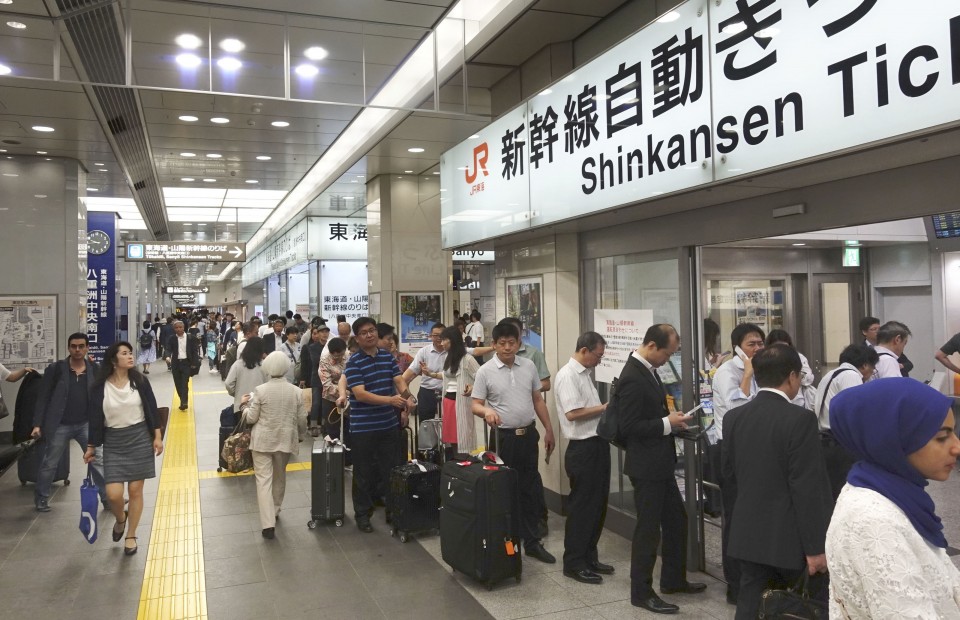 Runways at Kansai and Kobe airports were closed temporarily for inspection. A total of six flights to and from Osaka airport were canceled, affecting some 250 passengers, according to Japan Airlines Co.

Up to around 170,000 households in Osaka Prefecture and some 490 homes in neighboring Hyogo Prefecture suffered a blackout at one point, according to Kansai Electric Power Co.

Osaka Gas Co. said it suspended supplying gas to 108,000 households in the cities of Takatsuki and Ibaraki, both in Osaka Prefecture.