Sumo: Tochinoshin to ask Georgian president to build ring in his homeland

Sumo wrestler Tochinoshin, who was recently promoted to the sport's second-highest rank, said Sunday he plans to ask Georgian President Giorgi Margvelashvili to build a sumo ring in his homeland.

The 30-year-old, who won the 15-day January Grand Sumo Tournament this year, expressed his intention to ask the president in person when he returns to Georgia for the first time in a year.

"We don't have a ring made of earth in Georgia yet," Tochinoshin said, while attending a party in Tokyo's Ryogoku Kokugikan. "I want to talk about many things with him."

Tochinoshin stays perfect, gets 1st win over Hakuho on Day 12

Tochinoshin, whose real name is Levan Gorgadze, became the third European wrestler to reach the ozeki rank when his promotion was rubber stamped by the Japan Sumo Association on Wednesday.

He will join Takayasu and Goeido in the rank for July's Nagoya Grand Sumo Tournament after he returns from his time home in Georgia, where he also plans to attend his brother's wedding.

"I'm nervous because my situation has changed," Tochinoshin said. "There's going to be a lot to get used to." 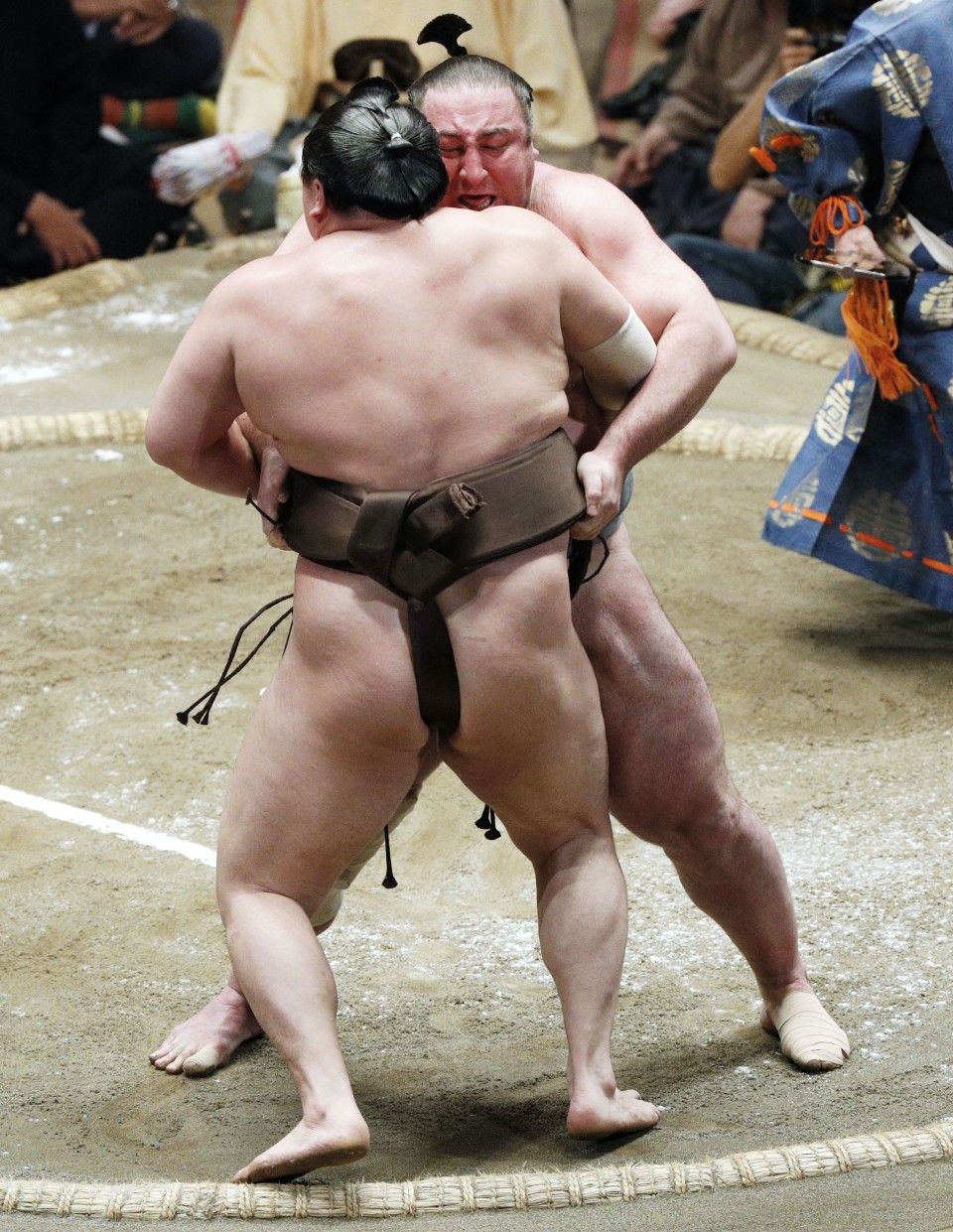 (Tochinoshin, facing camera, upsets Mongolian yokozuna Hakuho on the 12th day of the Summer Grand Sumo Tournament in Tokyo on May 24)