Despite their World Cup teams preparing to battle for Group H supremacy, Japan and Senegal fans were united Sunday by a desire to leave Ekaterinburg Arena as spotlessly clean as they found it.

Following the opening round of group-stage matches, both countries' traveling supporters attracted international media attention for their organized stadium-cleaning efforts after the full-time whistle.

For long-term followers of Japanese football, this was hardly a revelation, with tales of Samurai Blue fans tidying after themselves having been regularly reported since the 1998 World Cup in France.

The story nevertheless continues to be a source of wonder for overseas outlets, with Japan defender Maya Yoshida even asked about the practice in the official press conference ahead of the showdown with Senegal.

"Back in Japan, there's a saying we have to leave things cleaner than we found them," the Southampton center back said, adding that the Samurai Blue players were proud of the praise being heaped upon their fans.

Outside the stadium, some traveling Japanese fans echoed the sentiment, saying they wanted to care for their surroundings and give a good account of their country. 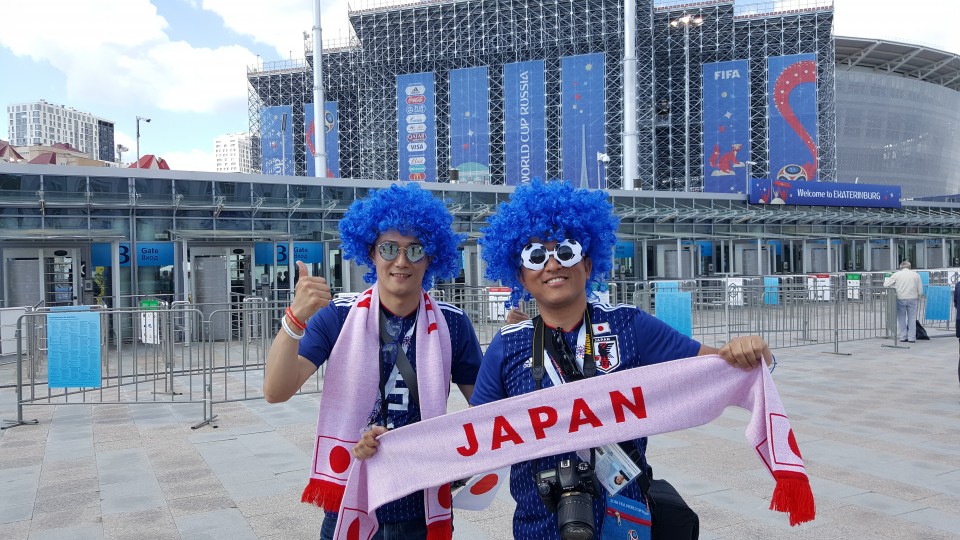 "When we're in the stands, we like to feel as though we're also representing the team, so it's important to be a good representative," Shizuoka Prefecture resident Masaharu Osakabe said.

The 32-year-old business owner made the trip to Ekaterinburg with his friend Norihiko Nakai, 48, who chimed in with an old Japanese adage about cleaning up after oneself.

"A bird does not foul the nest it is about to leave," he said.

Osaka resident Takeshi Hayashi, 40, said he had seen the stories about Japanese fans since arriving in Russia and had resolved to help keep up the positive image.

"I've brought a bunch of garbage bags with me," he said.

"In my country we do this every time. Every time we have matches in the stadium, when we finish...the supporters clean up too," he said.

Senegal fans were praised for cleaning their section of Spartak Stadium in Moscow after their team beat Poland 2-1 in their opening match.

Dieng, who is studying for a master's degree in petroleum and gas engineering in Perm, 290 kilometers northwest of Ekaterinburg, said supporters in Senegal had made cleanliness a priority following an official campaign to improve fan behavior at stadiums. 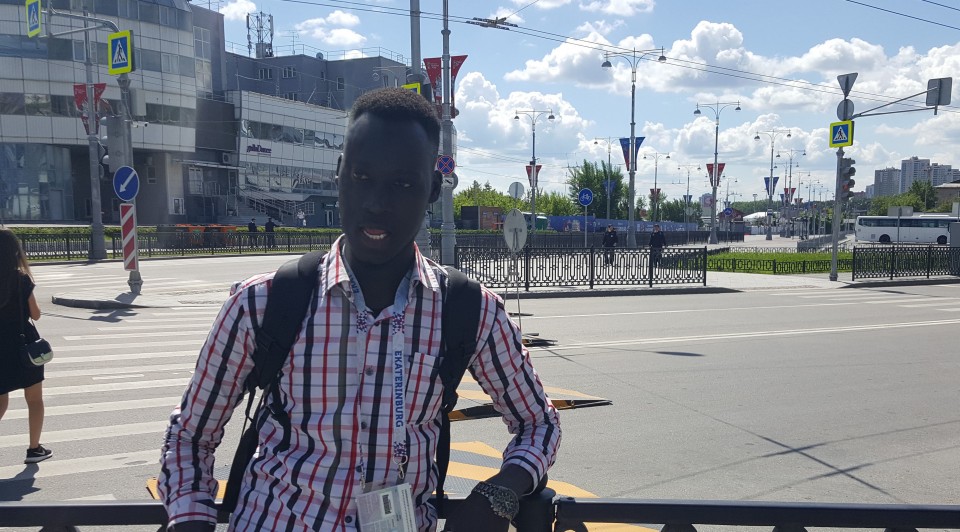 "It is part of our education now. I would advise all supporters to do these things because it is very nice for all the people," he said.

For some Japan fans, however, presenting a good image to the world is less important than cleaning up as a matter of basic courtesy.

"I don't think it's necessary to do these things in order to project a good image. It's just something you should do as a matter of course," said 36-year-old Yusuke Uehara, who traveled to Ekaterinburg from Okinawa with wife Nozomi, 34.

While the Japan and Senegal fans have been leaving a good impression on their hosts, the positive vibes have also been flowing in the opposite direction.

"People here are really nice," Nozomi said. "We had an image that Russian people might be a bit cold, but they've been so lovely."

Osaka resident Hayashi said he had been overwhelmed by the friendliness of Russian people he had met during his trip.

"When people have seen me in this Japan jersey, they've been saying 'hello,' or 'good luck,'" he said. "It's been really nice."