UNESCO decided Saturday to add southwestern Japan sites linked to the history of the country's persecuted Christians to the World Heritage list.

The 12 sites include Oura Cathedral in Nagasaki, the oldest surviving church in the country that has already been designated as a national treasure, and the remains of Hara Castle, a site of the Shimabara-Amakusa Rebellion that led to establishment of a national seclusion policy and the beginning of the hidden Christians' unique system to transmit their faith and beliefs by themselves. 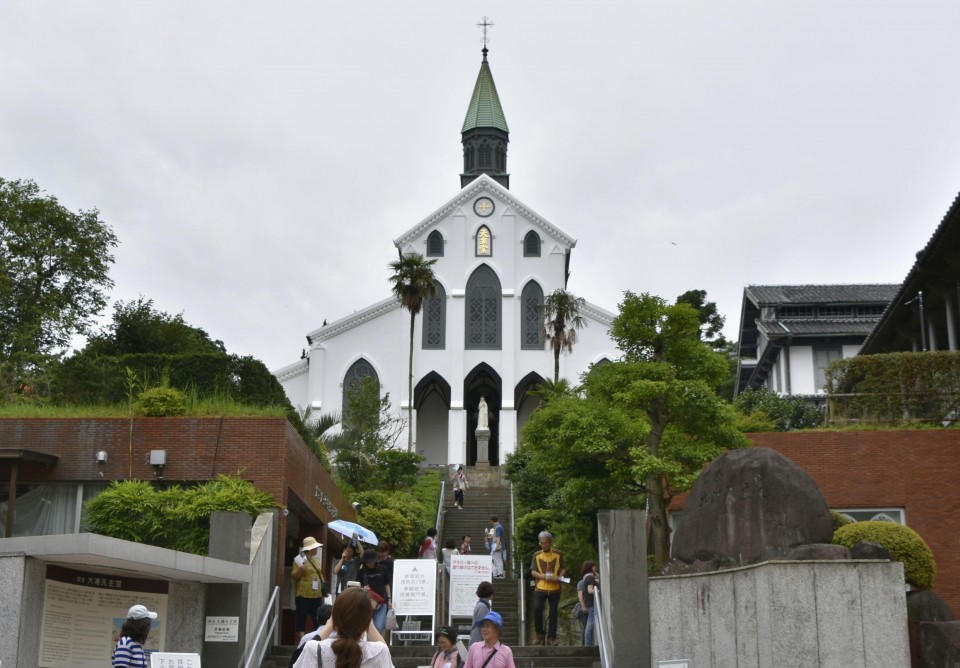 The Japanese sites were among 28 World Heritage candidates reviewed by the U.N. Educational, Scientific and Cultural Organization's World Heritage Committee for four days through Monday in Bahrain.

The decision by the committee brings the total number of world heritage sites in Japan to 22 -- 18 cultural and four natural sites.

The newly added sites "bear unique testimony to a cultural tradition nurtured by hidden Christians in the Nagasaki region who secretly transmitted their faith during the period of prohibition from the 17th to the 19th century," the committee said on its website.

The listing of the Japanese cultural sites follows a recommendation by a preliminary review panel of the Paris-based international body in May.

In 2015, the Japanese government initially recommended 14 candidate components to UNESCO. But it later withdrew the recommendation and resubmitted it last year under the guidance of the International Council on Monuments and Sites, which advised Japan to focus on the period of prohibition and persecution.

At a museum in Ikitsuki Island, Nagasaki Prefecture, some 100 people including local government officials gathered to celebrate the committee's decision, setting off firecrackers and scattering confetti.

Some attendees chanted distinctive prayer passed on from their ancestors.

"I'm proud of my hometown that's now recognized globally," said Satomi Ogino, a 31-year-old housewife who briefly returned from Yokosuka, Kanagawa Prefecture. "I'd like to tell the value of the heritage site to my 1-year-old son someday." 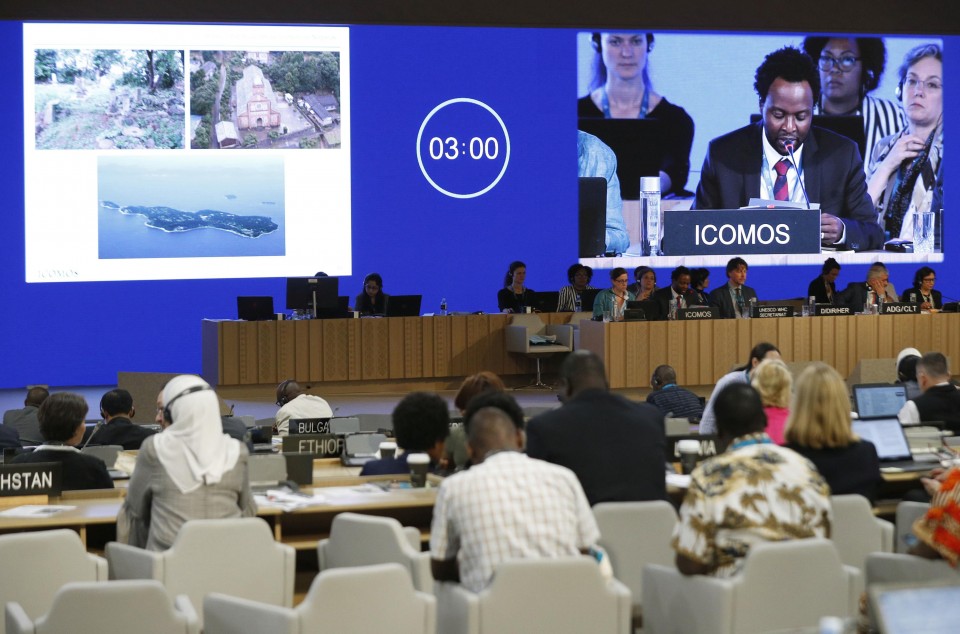 The other places of the "Hidden Christian Sites in the Nagasaki Region" include the village of Sakitsu in Amakusa, Kumamoto Prefecture, where Christians practiced their faith in secret despite persecution almost throughout the Edo Period (1603-1868) under the rule of the Tokugawa shogunate.

Around 450 people gathered at a cultural facility in Amakusa to watch the announcement as well.

"They cast a spotlight on predecessors who kept their faith. I was able to witness a great day," Emiko Yoshimura, a 67-year-old leader of the congregation at the Sakitsu Church, a symbol of the component sites.

Nagasaki Gov. Hodo Nakamura said in a released a statement, "We would like to give pride to residents and excitement to visitors through this heritage by engaging in preservation of the sites and revitalization of the region."

Those who continued to practice Christianity in Japan despite persecution "nurtured distinctive cultural traditions," according to the Japanese government.

The UNESCO committee comprises 21 states selected from signatories of the Convention Concerning the Protection of the World Cultural and Natural Heritage.