Colombia manager Jose Pekerman refused to say whether his star player James Rodriguez would be fit to play against Japan in their World Cup clash on Tuesday.

The 2014 golden boot winner has been struggling with a left calf injury but went through at least the part of Colombia's training session that was open to media at Mordovia Arena on Monday.

Former Argentina boss Pekerman was tight-lipped about Bayern Munich's prized playmaker in a pre-training press conference, saying only that they are "waiting to see what the doctor says after the last check."

Pekerman would also not be drawn on any of his other selections because "we have many, many different possibilities for our starting 11 tomorrow. However, we might make some changes in the last minutes just to make sure we have the right mix."

The match sees Akira Nishino's Japan looking to get some payback on Colombia for the 4-1 hammering the South Americans meted out in the group stage of the 2014 World Cup. Indeed, Japan have not beaten La Tricolor in three attempts since their first meeting in 2003. 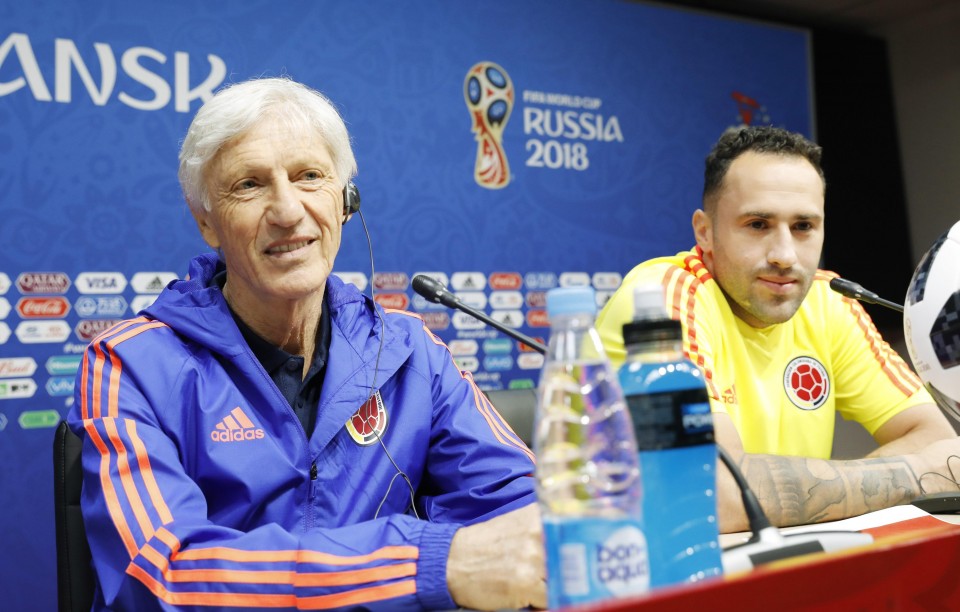 But Pekerman was quick to dispel any thought that his men have Japan's number, due to the Asian team's quality, but also because he has brought a new-look squad with him to the plains of the Republic of Mordovia.

"Now things are different, it is true. We have changed over time the players who now have new functions, who move differently, who are able to adapt to their teammates. So, I think our team is much richer and stronger," he said.

In stark contrast, and perhaps ominously for Nishino, Japan have a very similar squad to that which failed four years ago, a factor that former manager Vahid Halilhodzic was trying to address, and which led to him being shown the door.

But for Pekerman, the challenge remains the same.

"We think Japan is going to be a very tough team. We have completely forgotten what happened in the last World Cup."

Since taking the reins just two months ago Nishino has experimented with a back three and back four, and it has not gone unnoticed in Colombia.

"They have players with vast experience. There was a change in the coach, and he hasn't been able to play many matches with his team, but still, he has tried different systems. He has switched players and he really is trying different styles."

Pekerman said he is unsure what shape Japan will take on Tuesday due to the different styles Nishino has used since taking over, but he is convinced that "they have enough potential and we have to be very careful tomorrow, there's no doubt."