"The U.S.-South Korean exercises and U.S. forces in South Korea play significant roles for the security of East Asia," said Onodera, while indicating Japan will maintain pressure on North Korea.

"Resolving nuclear, missile and abduction issues are our final aim," he said, adding, "We would like to ask North Korea to make policy changes in a visible way." 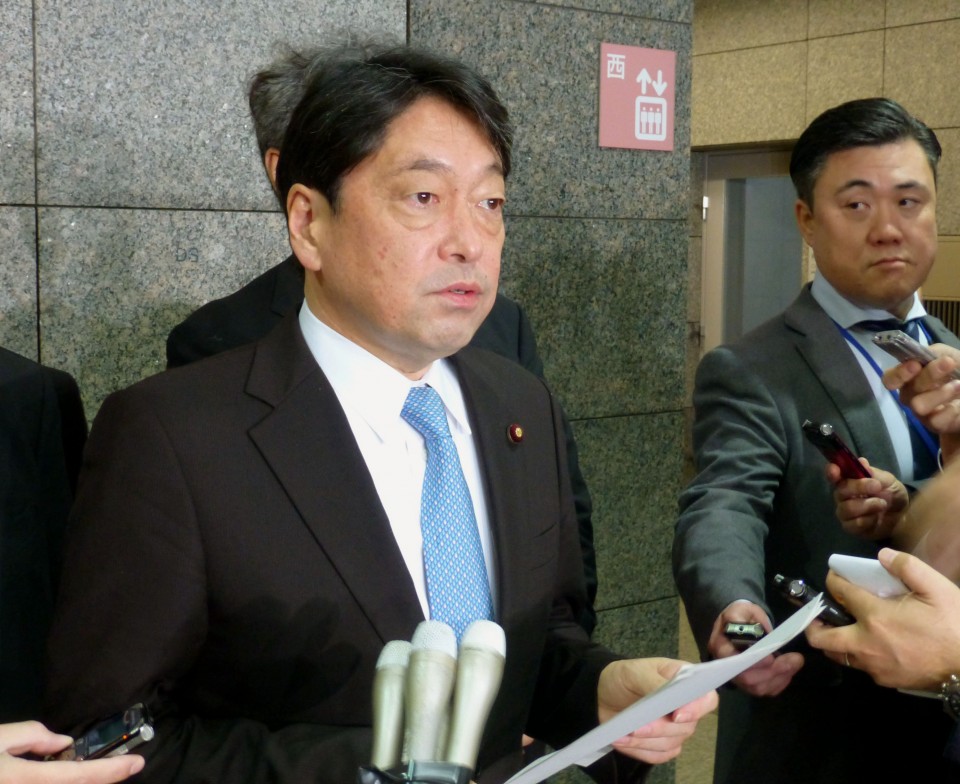 After Kim pledged to work toward "complete" denuclearization and Trump committed to providing security guarantees to Pyongyang, the U.S. leader said his country will suspend the joint exercises as long as dialogue continues with Pyongyang, saying, "We will be saving a tremendous amount of money" by suspending the exercises.

Trump said he is not considering reducing U.S. troop levels in South Korea, but did not rule out the possibility of doing so in the future.

A reduction or withdrawal of U.S. troops in South Korea could affect the strategic balance in the Northeast Asia as they work to counter China as well as North Korea.