A man with a knife went on a rampage aboard a shinkansen bullet train bound for Shin-Osaka Station from Tokyo late Saturday, killing one passenger and injuring two others, police said.

The police arrested Ichiro Kojima, a 22-year-old unemployed man, on suspicion of attempted murder when the Nozomi train made an emergency stop near Odawara Station southwest of Tokyo. Kojima told investigators he randomly stabbed the three because he was "feeling frustrated."

The incident occurred around 10 p.m. in the No. 12 car of the 16-car bullet train as it was traveling between Shin-Yokohama and Odawara stations on the Tokaido Shinkansen Line. There were around 880 passengers aboard the Nozomi 265, the day's last train bound for Shin-Osaka, according to Central Japan Railway Co., also known as JR Central. 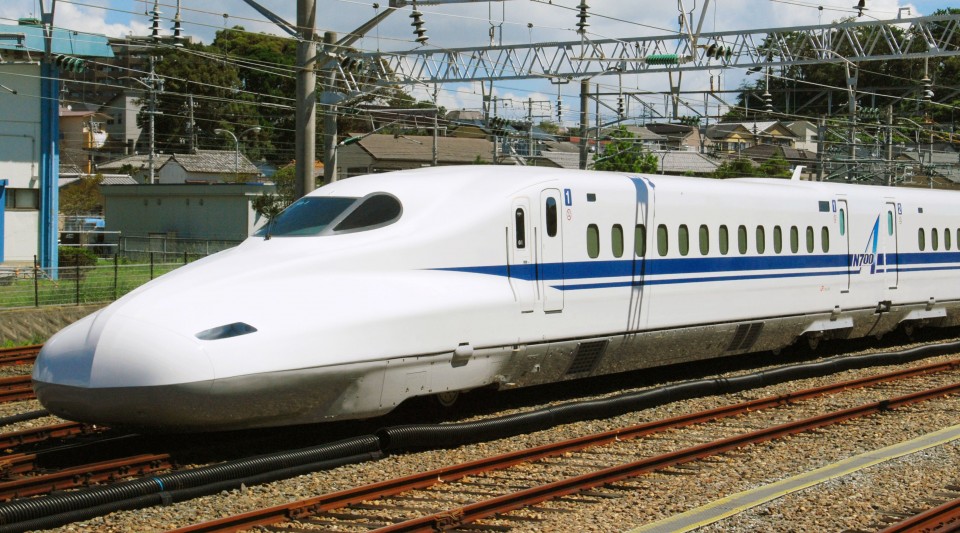 Kotaro Umeda, a 38-year-old man from Hyogo Prefecture, was killed in the rampage, while two women in their 20s sustained injuries to their heads and shoulders, the police said.

One of the injured women told the police Umeda had tried to stop the attacker when he began wielding a knife at her.

Umeda's family issued a statement through a lawyer, saying, "We do not have words to express the sorrow of suddenly losing a loved one. We would like to be left alone for now."

Investigators found two knives in the car where the attack took place.

Witnesses spoke of 20 to 30 passengers panicking and fleeing from the direction of the No. 12 car. The train was crowded with women thought to have attended an event.

Some of the passengers were crying as they were running to other coaches, shouting "Just keep going ahead" and "(the suspect) has a knife." Some were holding removed seats, apparently to protect themselves.

Kojima left home in Okazaki in Aichi Prefecture, central Japan, last December, according to an 81-year-old woman believed to be a relative of the suspect.

After being hospitalized to treat a mental illness, he started working in Okazaki but left the woman's house, where he had lived with her since around the age of 20. 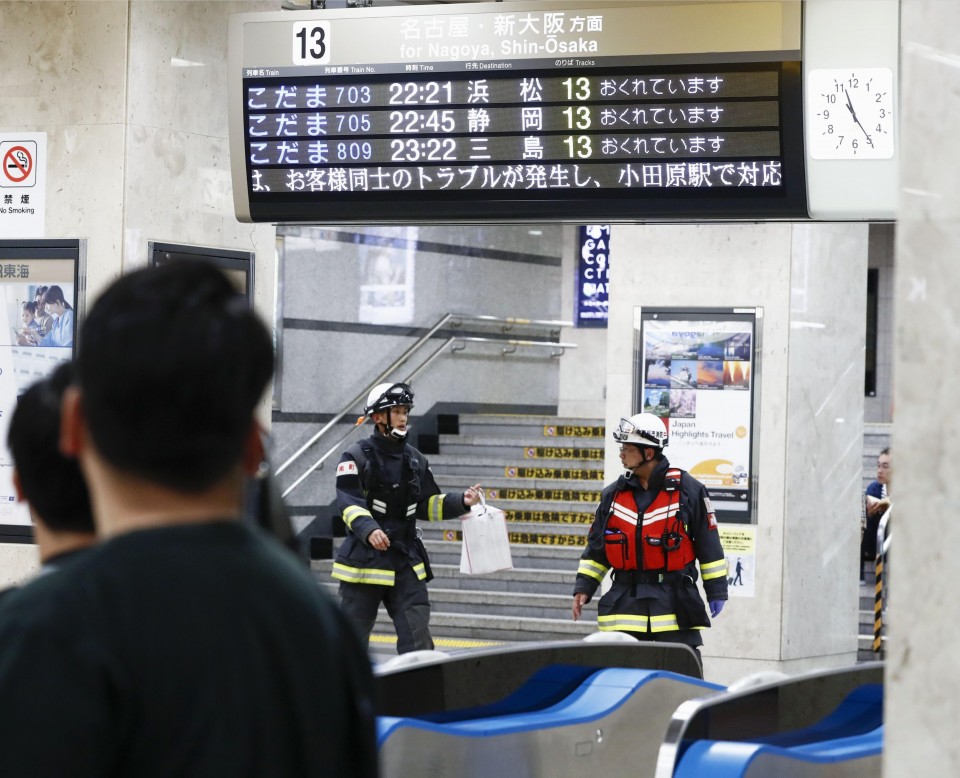 (Inside Odawara station shortly after the stabbing)

"I have always been worried about him," the woman said in a telephone interview with Kyodo News early Sunday. She had been calling his mobile phone recently but could not reach him.

He talked about suicidal thoughts before running away, she said.

Operators often boast of the safety of bullet trains, with no fatalities having occurred due to derailments or malfunctions in their over 50 years of service since 1964.

However, a few serious crimes have been committed on shinkansen, most recently in June 2015 when a 71-year-old man set himself on fire on a train, killing himself and another passenger.

The fire, which also occurred on the Tokaido Shinkansen Line, prompted operators to increase station patrols and install security cameras on trains, though checking baggage has been viewed as impractical due to the huge numbers of passengers.

According to JR Central, an average of 446,000 passengers used Tokaido Shinkansen trains each day in fiscal 2015.