An international watchdog that campaigns to rid the world of nuclear weapons on Monday expressed hope for a successful summit between the leaders of the United States and North Korea, but cautioned that legally binding ways involving additional players are needed for Pyongyang's denuclearization.

"This is not just an issue between the two countries but the entire world, there is therefore a need for a plan that involves many more actors and tools than just these two men that are meeting tomorrow," Beatrice Fihn, executive director of the International Campaign to Abolish Nuclear Weapons or ICAN, said at a news conference in Singapore. 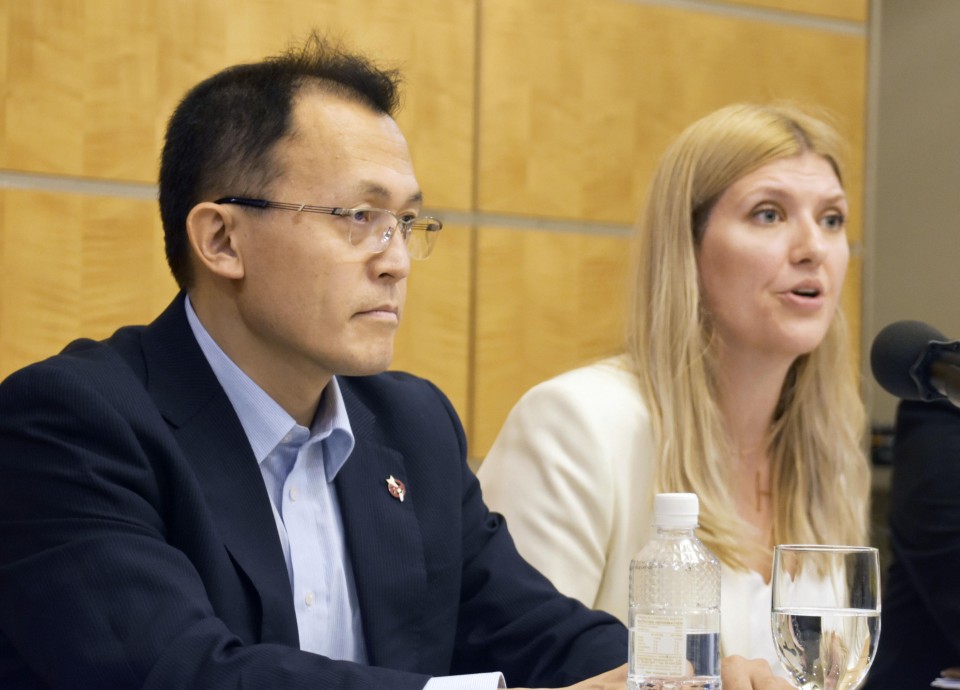 Fihn, who heads the group that was awarded the Nobel Peace Prize in 2017, said the historic summit between U.S. President Donald Trump and North Korean leader Kim Jong Un on Tuesday in the city-state will be just "part of a longer process."

North Korea dismantling of its nuclear program in an irreversible way will require a plan "that is anchored in international law" and both U.N. and nongovernmental organizations can verify the process, she said.

ICAN is a coalition of nongovernmental organizations in about 100 countries promoting adherence to and implementation of the U.N. treaty banning nuclear weapons.

Akira Kawasaki, an ICAN international steering committee member, who also spoke at the news conference, said other countries such as China and Japan should intensify efforts in the process of delegitimizing nuclear arms.

In the proposal paper on steps to denuclearize the Korean Peninsula that the group has issued, it said, regardless of the summit between Trump and Kim, the two countries should recognize the "unacceptable humanitarian consequences" of nuclear weapons, while it urged them to ratify the Comprehensive Nuclear-Test Ban Treaty.

It also said, "Leaders of states must listen to the survivors of Hiroshima and Nagasaki, including the tens of thousands of Korean Hibakusha, as well as to the voices of those affected by the dark and pervasive legacy of nuclear testing."