A 21-year-old man attacked a police box in the central Japan city of Toyama on Tuesday, stabbing a police officer to death and fatally shooting a security guard at a nearby elementary school with the gun he took from the officer, police said.

Keita Shimazu, a former member of the Self-Defense Forces, was arrested at the scene after shooting the construction site guard near the front gate of the school, where teachers and students were on alert.

Kenichi Inaizumi, the 46-year-old head of the police box, and Shinichi Nakamura, 68, were pronounced dead after they were taken to hospital, while Shimazu remains in critical condition, having been shot by another police officer, the police said.

The police officer had sustained dozens of stab wounds to his stomach and other parts of the body, the police said

The suspect apparently fired multiple shots as Nakamura, who was found lying on the ground near the school gate, had gunshot wounds to his head and left shoulder, the police said.

According to an eyewitness account, the suspect was arrested on the premises of the Okuda Elementary School after he was shot.

He was armed with an ax and two knives, with one discovered around the police box and the other two confiscated when he was detained, according to the police.

Shimazu showed his weapons to two police officers who arrived at the scene and confronted them before he was shot, the police said.

When Shimazu, a resident of the town of Tateyama, Toyama Prefecture, entered the school, students were warned not to leave their classrooms.

At around 2:30 p.m., the police informed the municipal board of education that a man holding a knife was roaming around the school.

Teachers then escorted all the students to the gymnasium and they stayed there until the crisis was over. The teachers were guarding the entrances to the gym with brooms and sticks in their hands, according to the school. 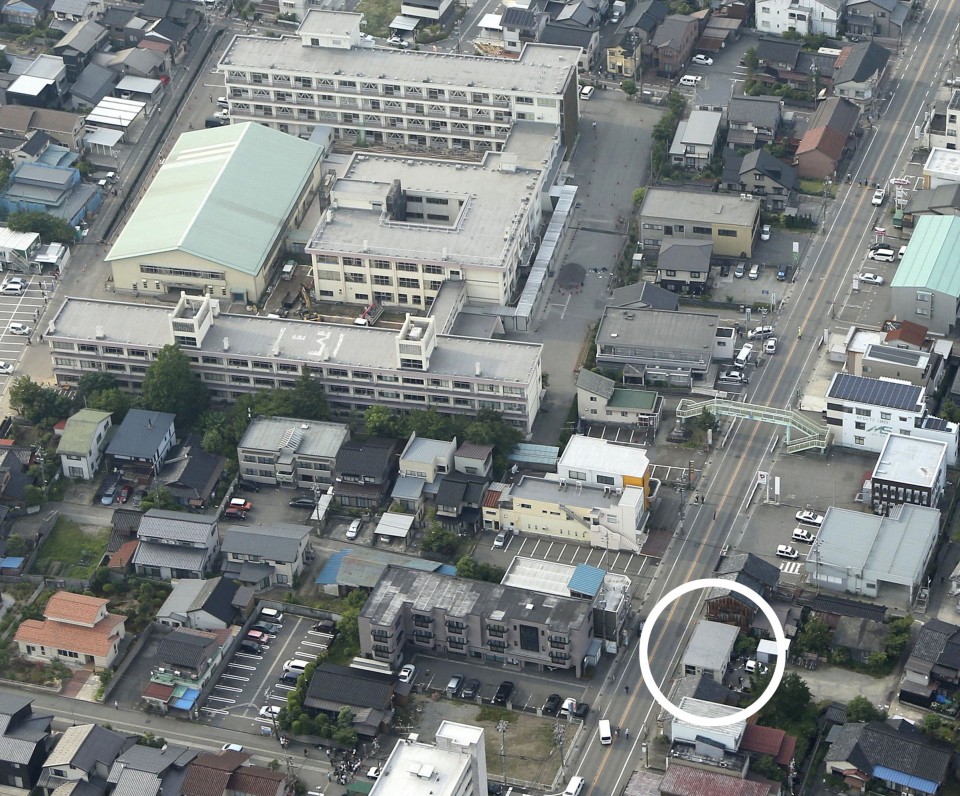 (Circled is the police box, with the school at top left.)
[A photo taken from a Kyodo News helicopter]

"We were sitting and waiting. I was so scared and not able to talk to my friends," an 8-year-old boy in the second grade said.

The attack on the police box took place at around 2 p.m. in a residential area, about 900 meters from JR Toyama Station.

A 76-year-old woman who has lived in the area for about 60 years said she heard gunshots and saw a police officer running in front of her home, yelling "shooting, shooting."

Shimazu joined the Ground Self-Defense Force in March 2015 and was stationed at Camp Kanazawa in Ishikawa, the neighboring prefecture of Toyama, from April that year. He left the GSDF in March 2017, according to an SDF source.

Tomohiro Yamada, chief of the Toyama prefectural police, said at a press conference that the stolen pistol was retrieved, expressing regret that a police officer was robbed of his firearm. 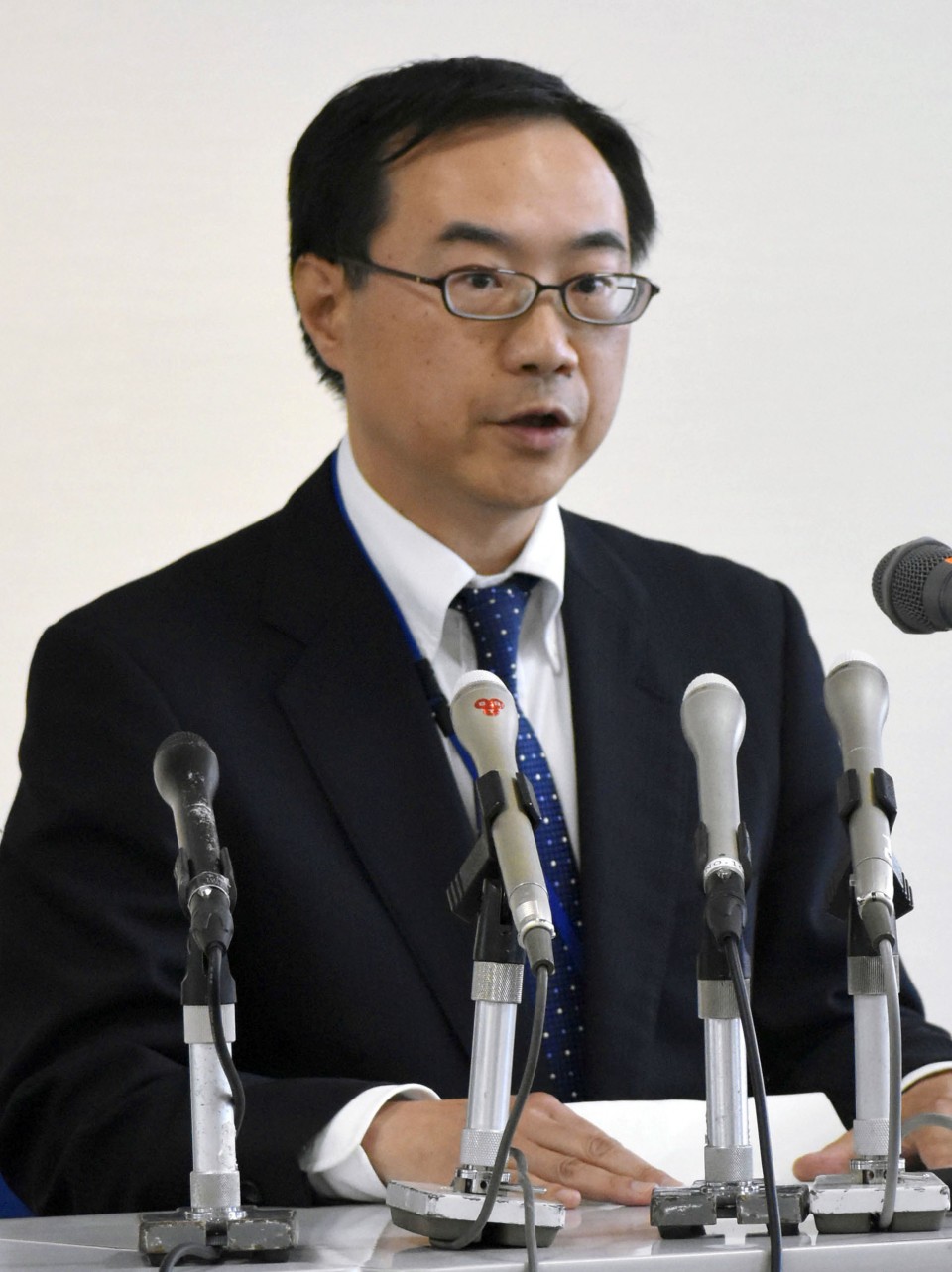 The incident drew immediate media attention as Japan is seen as relatively free from gun crime due to strict controls, although in recent years several incidents involving police guns have occurred.

In January 2016, a man took a gun from a police officer and fired four shots at him in Yokosuka, Kanagawa Prefecture, seriously injuring the officer.

In April this year, a 19-year-old police officer shot another officer dead at a police box in Shiga Prefecture, western Japan.

In response to incidents in which officers were robbed of their guns, police have been engaging in activities nationwide to raise awareness among officers of the need to carefully maintain control of their weapons at all times.

More on gun-related crime in Japan: