Honda developing successor to ASIMO robot for more practical use

Honda Motor Co. is developing a successor to its ASIMO humanoid robot, which can walk on two legs, to use for more practical purposes such as nursing care, a company official said Thursday.

"We will promote the development of two-legged robots, while continuing activities using the ASIMO robots," the official said, adding that Honda's biped robots may no longer bear the name ASIMO in the future. 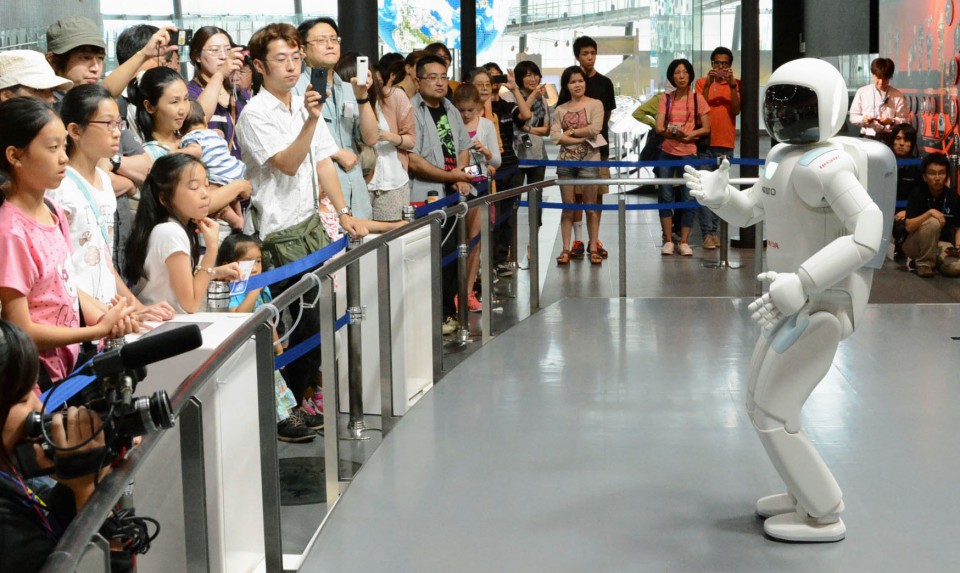 Launched in 2000, ASIMO -- standing for Advanced Step in Innovative Mobility -- gained international fame for its unprecedented human-like ability to walk. Its use until now has been primarily for communicating with people at events.

Honda has already been applying the control system technology of ASIMO to develop other equipment, such as a device to assist in walking for people with weak legs. At a home appliance fair in Shanghai last year, Honda showcased a motorcycle that can balance itself and stand on its own.

Honda has not upgraded ASIMO since launching a model in 2011 with improved intelligence and physical abilities that enable it to autonomously determine its next moves.