The JoongAng Ilbo said North Korea and the United States, when their officials met in New York and elsewhere to prepare for Tuesday's Trump-Kim summit in Singapore, also agreed on the need for additional summits.

Kim's personal letter was delivered to Trump when Kim Yong Chol, a senior North Korean official who is a close aide to the leader, visited him at the White House in Washington on June 1. 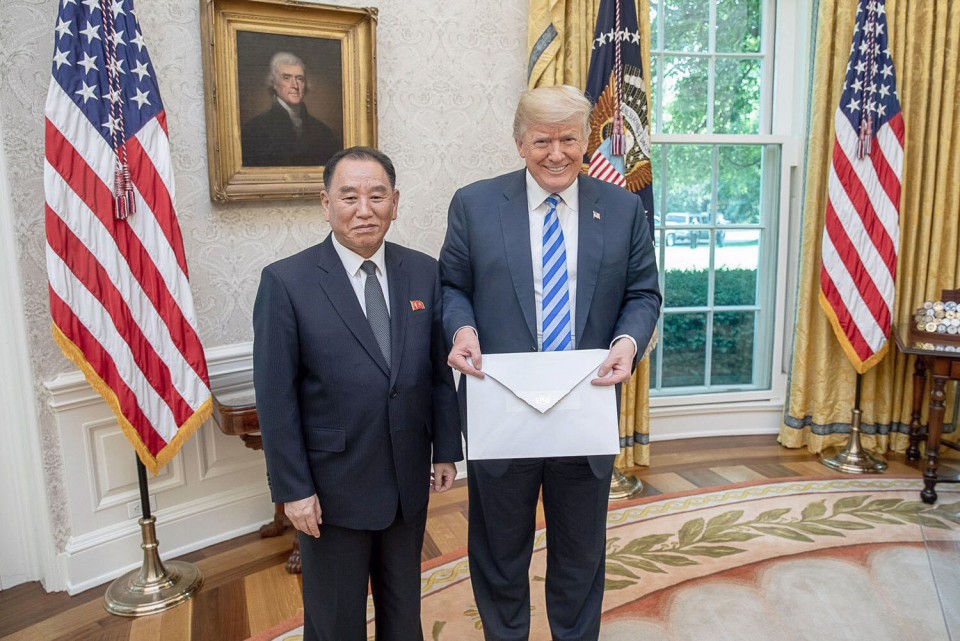 [Photo courtesy of the White House]

Officials expect details about North Korea's denuclearization to be discussed in the envisioned second summit, according to the paper.

The paper added that if the discussions between the two countries proceed as planned, they are highly likely to hold another summit in Washington in September and come up with a road map for North Korea's total denuclearization.