World Cup: Coach Nishino admits he told Japan to hold on for 1-0 loss

Japan head coach Akira Nishino said Thursday he instructed his players to hold on for a 1-0 loss against Poland, knowing the result was likely to get them through to the World Cup round of 16.

Needing either a point from the game or to avoid conceding more goals than Senegal in the case of both joint Group H leaders losing, Japan switched to a defensive approach at Volgograd Arena as the latter scenario began to look likely.

Down a goal to Poland but with news of Colombia's 1-0 lead over Senegal giving Japan one foot in the knockout stage thanks to the "fair play" tie-breaker, the Samurai Blue kept possession and ran down the clock to avoid conceding another goal or booking.

"I told (Hasebe) to tell the team to stay put," said Nishino, who added that hanging on for a 1-0 loss was "a very tough decision."

"There was a 'what if' situation concerning what was happening (in the other game) and there was also a 'what if' on our pitch."

"I chose to stay put and keep the status quo. I wanted to make sure that the 'what if' was not going to take place on our pitch, so I decided that I was going to rely on the other result." 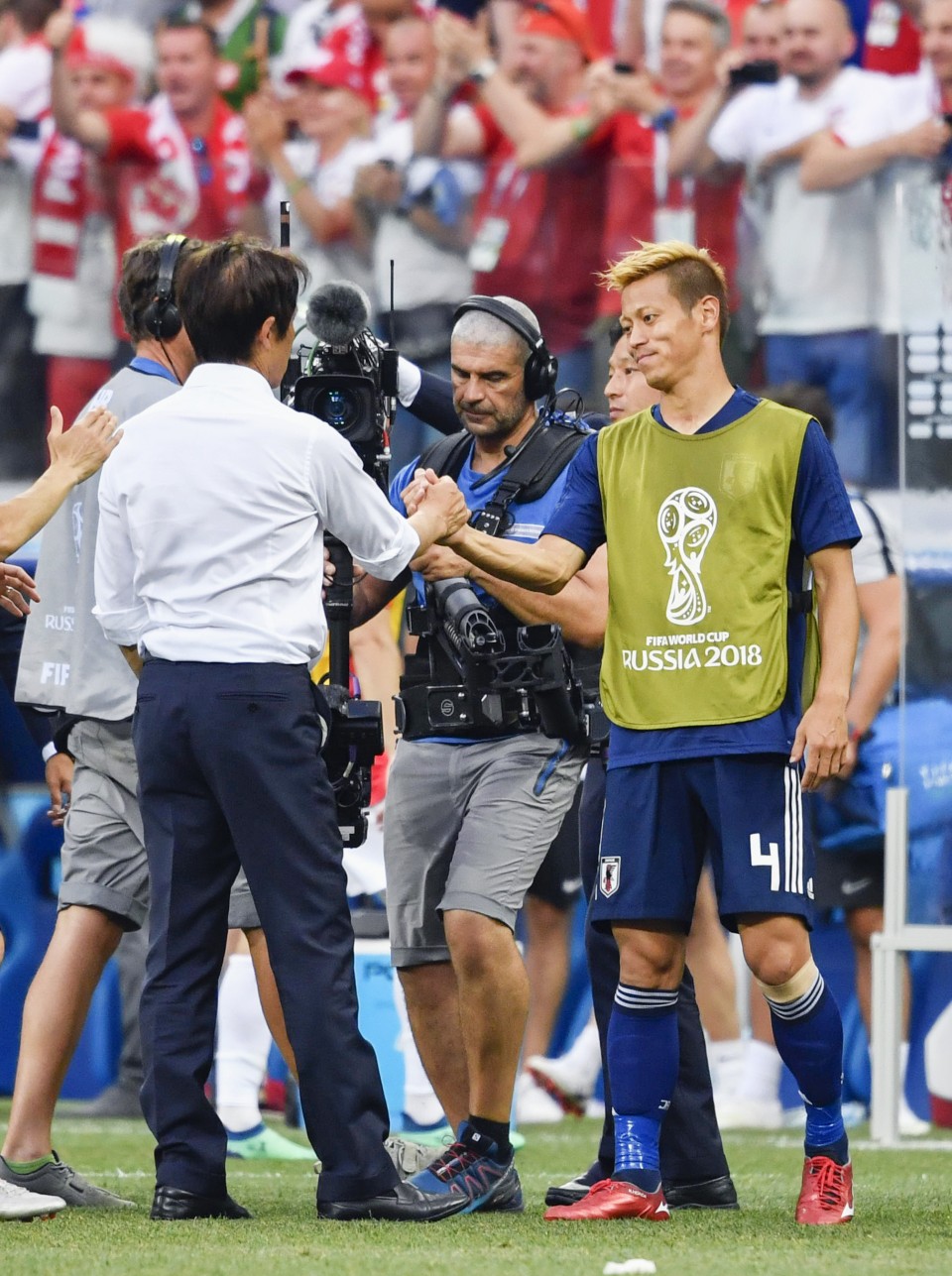 Nishino praised his players for doing what was needed to clinch qualification for the knockout stage despite going against the attacking philosophy they had established in Japan's earlier 2-1 win over Colombia and 2-2 draw with Senegal.

"They were really loyal in listening to me and following my words and that was me and the other coaching staff who made that decision," he said.

Nishino said he was not pleased about playing for a loss, but securing a knockout stage berth was more important than sticking to a positive playing style.

"I am not too happy about this, but I forced my players to do what I said. It's the World Cup, and sometimes these things can't be avoided," he said.

"There was booing in the stadium and I am sure that the players heard that and I feel that was regrettable, so there are a lot of messages I would like to convey to my players today."