After years of stagnation in Japan's job market, the tide is now turning for job-hunting students, according to one recruitment consultant knowledgeable about employment trends.

"Now that it has become easier for students to secure a job offer, it is easier for them to consider changing jobs," Masanao Tanide said.

According to Tokyo-based recruitment information company Disco Inc.'s survey of new employees conducted in January, a total of 43.1 percent of the 455 respondents said they were "already acting to change jobs" or "considering changing jobs."

Tanide said the figure of 40 percent is unusually "high for those just into their first year."

Among those actively searching or considering a new job, the average satisfaction rate with their current employers dropped to 57.3 percent from 72.7 percent when they entered. Most of them complained about long overtime hours, low salaries and insufficient in-house training.

Japan's employment system is based on hiring new graduates all at once in April. Prior to that, students in their junior year engage in job-hunting activities so that they can secure employment by the time they graduate. 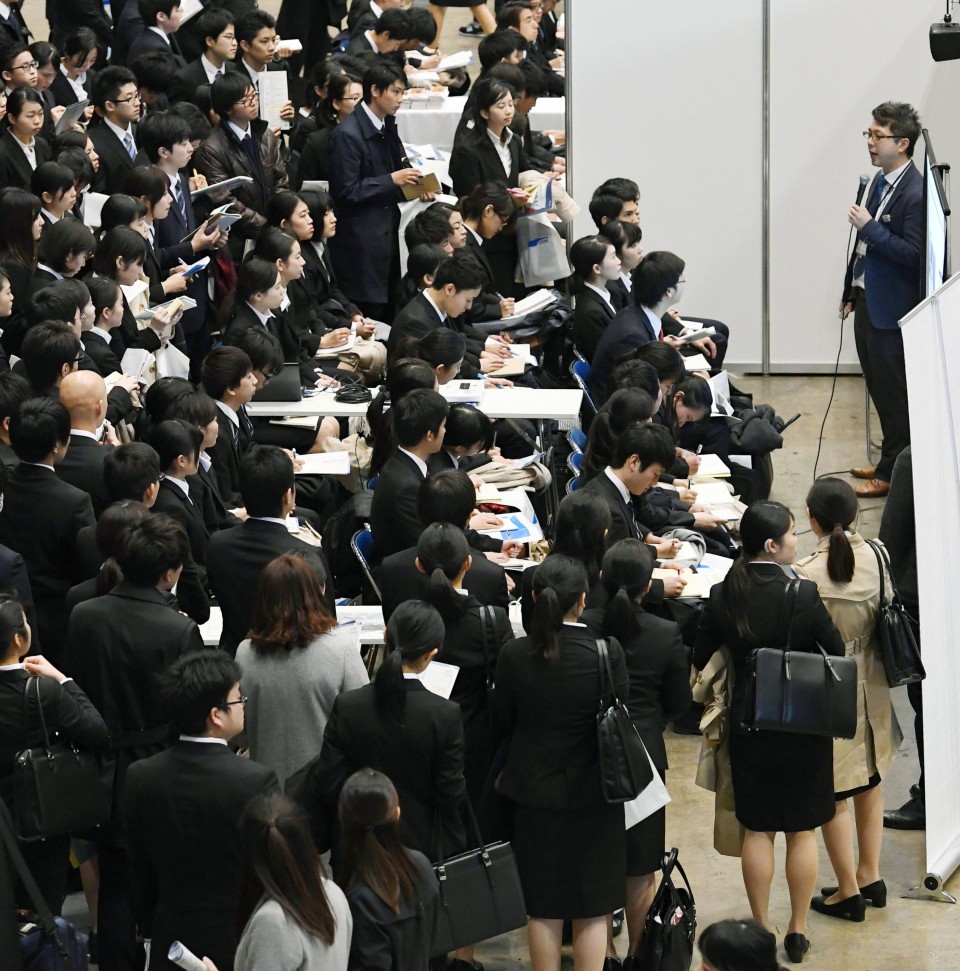 While the lifetime employment system is said to have been crumbling since the 1990s, the Ministry of Internal Affairs and Communications has said the job turnover rate has stayed at around 5 percent over the last decade.

Some respondents regretted not doing enough research on their companies in advance, saying they should have asked former employees about the flaws of the company, or that they realized they focused on the glamorous side of their jobs only to find out after joining that their tasks were not what they had imagined them to be.

Asked whether they would choose the same company if they were to go through job hunting again as students, 12.2 percent of respondents said they would definitely go elsewhere, and 45.1 percent said they would make a different choice if they could.

A separate survey of people aged 16 to 29 conducted by the Cabinet Office last October and November showed that a total of 72 percent of 10,000 respondents were supportive of changing careers.

Asked about working in a company that does not suit their abilities and qualifications, 10 percent said they should proactively seek a different job, 25.4 percent said it would be better to change jobs and 36.7 percent said changing jobs cannot be avoided.

By gender, women were more inclined to change jobs, with 78 percent of them positive over such moves in contrast to the male respondents at 67 percent.

In 2015, Japan's largest business lobby known as Keidanren changed the embargo on job interviews from August to June, leaving only three months for students to prepare for job applications and interviews.

"Students should broaden their minds by researching the company's clients and the industry, and simulate how they could contribute to that company," Tanide said. 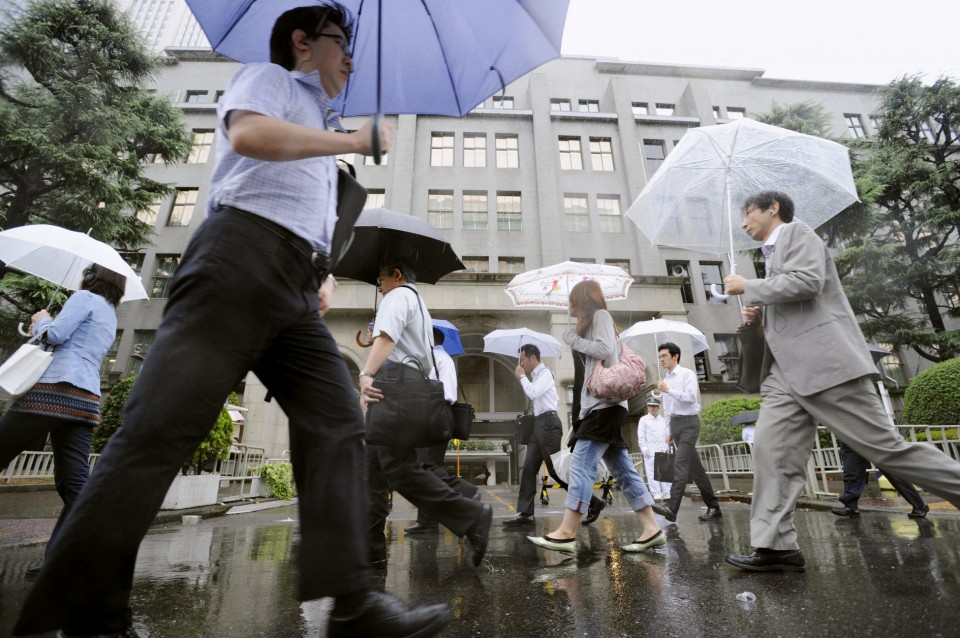 Work-life harmony, not balance, the answer for this super dad