The United States expects Japan to play a "significant" role in shouldering the costs of North Korea's denuclearization and future economic development, given its economic power and its interest in the stabilization of Pyongyang, the U.S. ambassador to Japan said Friday.

"Japan is the most logical partner given its proximity to help with the economic development of North Korea," William Hagerty said in an interview with Kyodo News. "It's very logical that Japan's role would be significant in this area."

After his summit with North Korean leader Kim Jong Un on Tuesday in Singapore, U.S. President Donald Trump said Japan and South Korea -- key U.S. allies in Asia -- are prepared to help North Korea "very greatly" with the cost of denuclearization, while the United States would not have to help with the costs.

At the historic summit, Trump also promised to provide "security guarantees" to North Korea as Pyongyang committed itself "to work toward complete denuclearization of the Korean Peninsula."

The security guarantees include suspending large-scale military exercises with South Korea, Hagerty explained, adding they will be halted to ease tensions and allow U.S.-North Korea negotiations to proceed more smoothly.

But he rejected concerns that the suspension of the exercises means a reduced U.S. commitment to the Northeast Asia region. Washington's "security to this region remains unchanged," Hagerty said, adding that maximum pressure and sanctions will remain in place until Pyongyang makes verifiable progress in denuclearization. 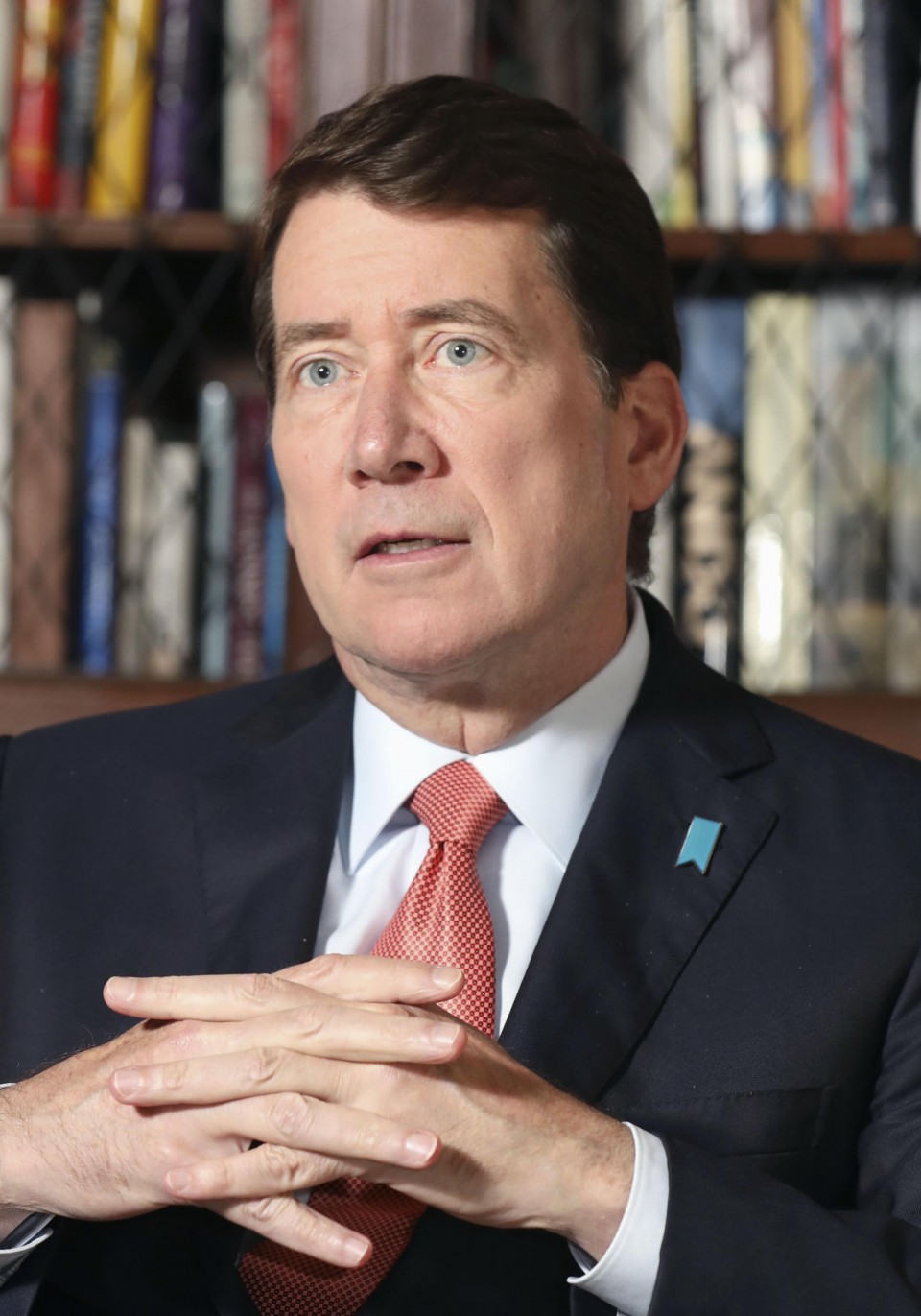 On the issue of past abductions of Japanese nationals by North Korea decades ago, Hagerty said Trump raised the issue "twice" during the one-day meeting with Kim, following Japanese Prime Minister Shinzo Abe's requests to do so.

"The U.S. has been Japan's most reliable partner on this issue in the world and I don't expect to see any change in our posture there," Hagerty said.

On trade issues, a source of tension in Japan-U.S. ties due to Washington's imposition of tariffs on aluminum and steel imports and its launch of a national security investigation into auto imports, Hagerty said that both sides need to address them through "bilateral" discussions.

The first round of a new dialogue on trade and investment is planned to be held in July, and will be led by Toshimitsu Motegi, Japan's economic and fiscal policy minister, and U.S. Trade Representative Robert Lighthizer.

"We need to come to the table," Hagerty said. "We actually need to sit down and talk about trade specifically. That's been avoided to this point."

"We deserve to have an economic relationship that's on par (with security alliance) and today we do not," he said. "To bring stability to this region, we ought to be entering into agreements that have even higher standards on issues like state-owned enterprises and intellectual property protection."

Hagerty denied the possibility of the United States returning to the Trans-Pacific Partnership, saying that the U.S. Congress would not allow it. Trump pulled the world's largest economy out of the free trade deal soon after taking office in January 2017.

"I hope the people in Japan can understand the political reality is that we do not have adequate support for the TPP," Hagerty said. "That is a dead-end conversation. We have to find a new path to work together on trade."

Japan and the 10 remaining states have signed the revised version of the deal without the United States with the hope to implement it by the end of this year.

Japan has said it is open to the United States rejoining the group after Trump said earlier this year Washington will consider doing so if it is able to negotiate a "substantially better" agreement.