Prosecutors indicted a 23-year-old man Monday on charges of killing a 7-year-old girl and leaving her body on a railway track in the eastern Japanese city of Niigata last month.

According to the indictment, Haruka Kobayashi intentionally hit the second-grade elementary school pupil with his car while she was on way home from school on May 7. He then took her into the car, molested her and strangled her to death before abandoning her remains on a railway track to make it appear as though she had been killed by a train.

The prosecutors concluded they can charge Kobayashi with indecent assault resulting in death, in addition to murder, for the behavior that caused the girl's death. They have not said whether Kobayashi admitted to the charges.

Kobayashi, who lived in the same neighborhood as the victim but does not seem to have been acquainted with her, initially told investigators that his car "collided" with her. But an autopsy found she had been strangled to death.

Brown paint from the girl's backpack was also found on the suspect's car, according to an investigative source.

Kobayashi was arrested on May 14 for abandoning and damaging her body, and was served another arrest warrant June 4 on suspicion of murdering her.

Kyodo News has decided to withhold the girl's name because of the nature of the case. 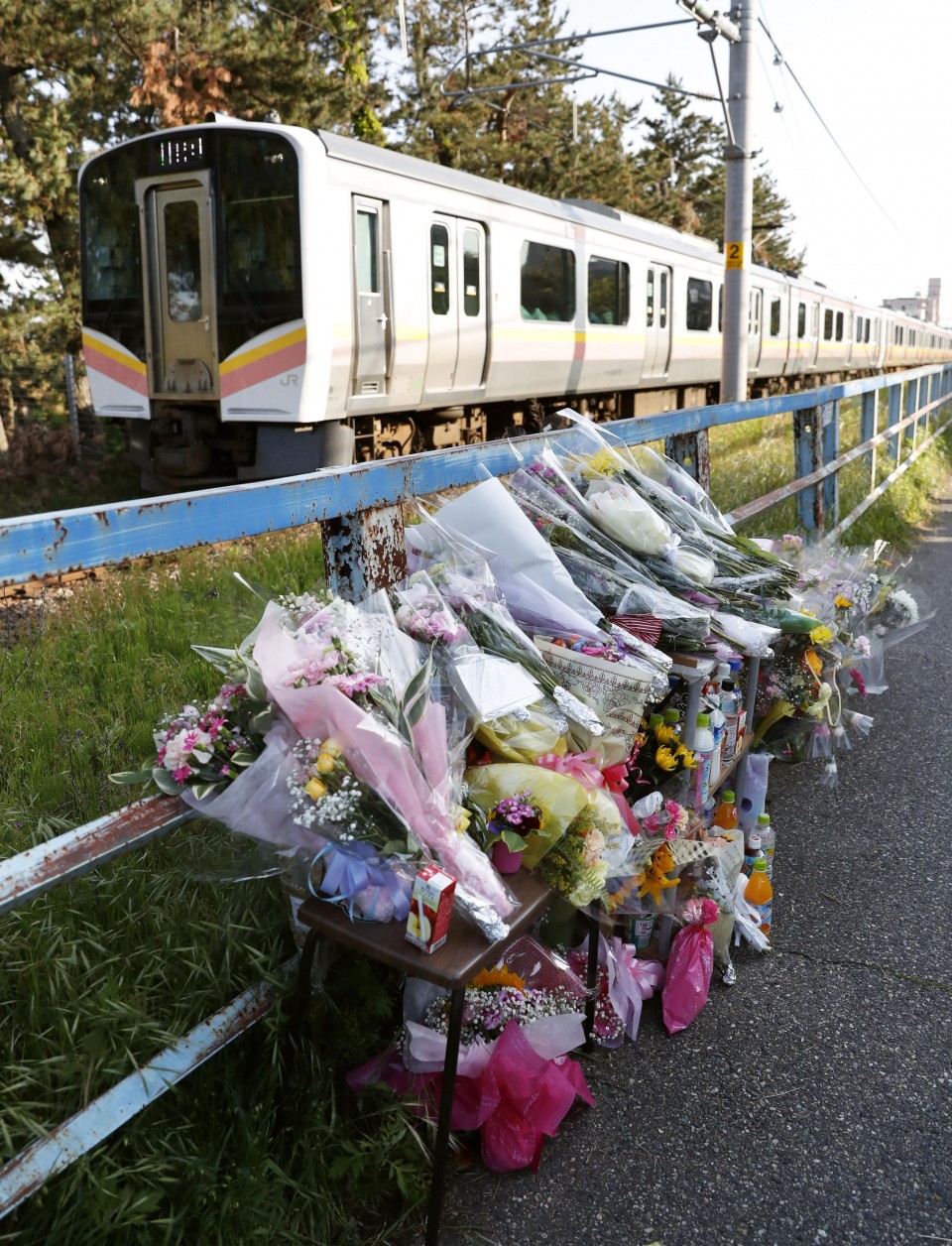