U.S. President Donald Trump said Sunday a team of his officials has arrived in North Korea to prepare for a possible summit next month between him and the country's leader Kim Jong Un.

During the talks expected to run through Tuesday at the truce village of Panmunjeom, one of the major agenda items to be addressed is expected to be a proposed shipment overseas of nuclear warheads possessed by North Korea, according to U.S. officials. 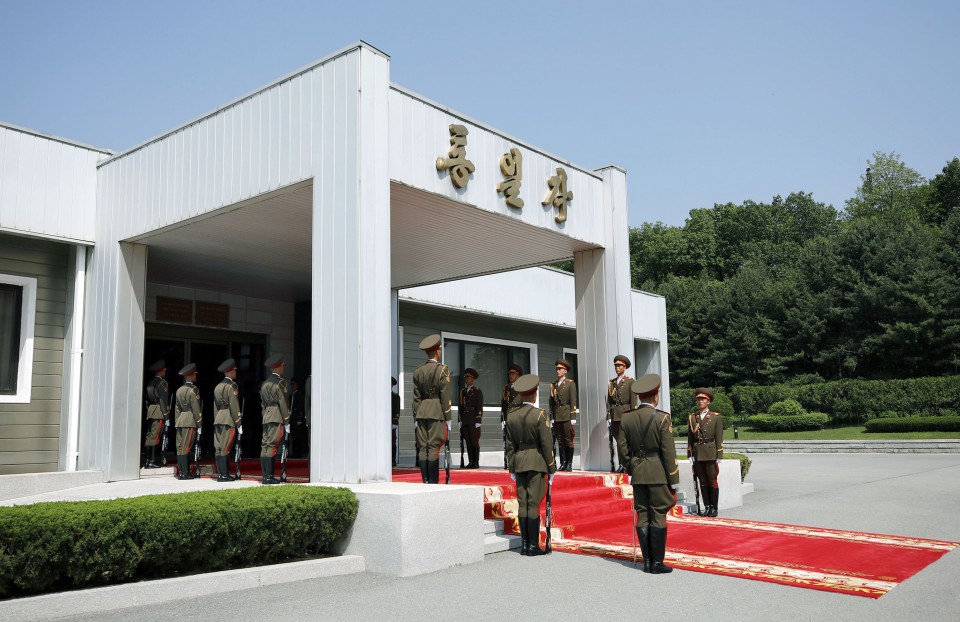 But it remains unclear if the U.S. team can convince Pyongyang to accept Washington's demand that it ship up to 20 warheads overseas at an early date as part of measures to achieve a complete, verifiable and irreversible denuclearization of North Korea.

In a Twitter post, Trump hinted at U.S. economic assistance to North Korea, saying he believes the country "has brilliant potential and will be a great economic and financial Nation one day."

"Kim Jong Un agrees with me on this," Trump wrote. "It will happen!"

The U.S. delegation's talks with North Korean officials took place at Tongilgak, the building on the northern side of the Demilitarized Zone, according to the Washington Post.

It is extraordinary for U.S. officials to cross the line at Panmunjeom that divides the two Koreas and visit the North Korean building, where Kim and South Korea Korean President Moon Jae In held a surprise meeting on Saturday.

The second inter-Korean summit in a month was hastily and secretly arranged at the request of North Korea after Trump revived hopes of holding talks with Kim.

The delegation led by Sung Kim, a former ambassador to South Korea and former nuclear negotiator with North Korea, has already met with Choe Son Hui, a North Korean vice foreign minister, who has long experience of dealing with U.S. officials, the newspaper said.

Trump and Kim separately expressed willingness over the weekend to meet on June 12 in Singapore as originally planned, although the U.S. president had called off the summit on Thursday, citing North Korea's "open hostility." 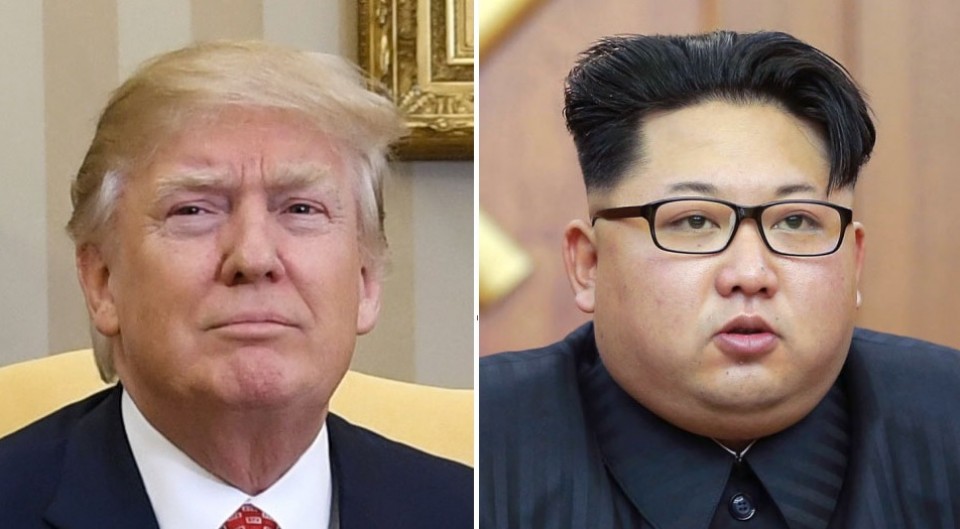 If realized, it will be the first encounter between a sitting U.S. president and a North Korean leader. The two countries do not have diplomatic relations.

Other members of the U.S. team include Allison Hooker, a senior National Security Council official who specializes in Korean affairs, and Randall Scriver, assistant secretary of defense for East Asia, according to the paper.

The U.S. officials, who spoke on condition of anonymity, said North Korea has expressed reluctance to ship all of its nuclear weapons and missiles outside the country.

It is likely that North Korea has proposed shipping in advance certain types of missiles such as intercontinental ballistic missiles capable of hitting the United States.

If U.S. and North Korean officials are unable to reach a deal in preparatory talks, a decision could be left to a Trump-Kim summit, according to the officials.

The officials said both sides are expected to discuss how Pyongyang will scrap weapons-grade plutonium, highly enriched uranium and other nuclear-related materials.