Fukushima tells world radiation is down, exports up after nuke crisis

Fukushima Gov. Masao Uchibori on Wednesday told the international community that the nuclear-crisis-hit Japanese prefecture is mostly decontaminated and that its food exports are picking up.

"Our consistent efforts over the seven years have borne fruit and recovery is under way," Uchibori said at a press conference at One World Trade Center in New York City, a site symbolizing the U.S. recovery from the tragedy of the terror attacks on Sept. 11, 2001.

He said the prefecture has completed decontamination work for 97 percent of its land after a magnitude-9.0 earthquake and tsunami on March 11, 2011, triggered reactor meltdowns at the Fukushima Daiichi nuclear power plant. The governor also said the size of evacuation zones has dropped to 3 percent of prefectural land from the peak of 12 percent.

"The radiation levels of the cities within the prefecture are now the same as any other major cities in the world," he said. 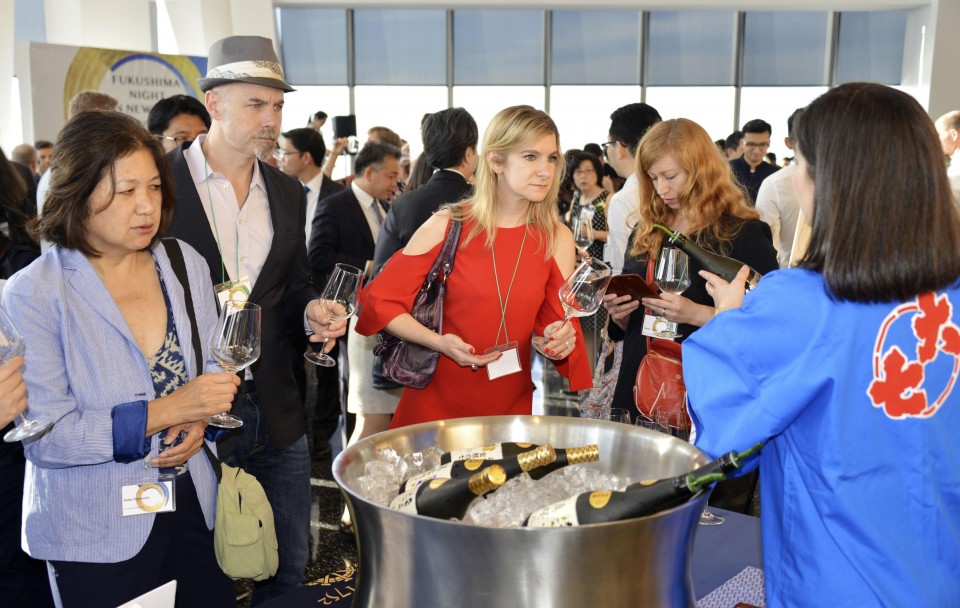 Although a stigma still attaches to Fukushima food products, exports in the year through this March stood at about 210 tons, eclipsing the pre-crisis level of roughly 150 tons in fiscal 2010, according to Uchibori.

Fukushima rice and peaches are being exported to countries including Malaysia and Vietnam and a store dealing in its local sake is opening in New York.

As of May 17, about 12,000 Fukushima residents were still under evacuation, according to the Reconstruction Agency. The decommissioning of the crippled nuclear power plant of Tokyo Electric Power Company Holdings Inc. is expected to take 30 to 40 years.